After lambasting both Tokyo and Beijing over their trade and currency policies, the new President of the United States has made constructive contact with the leaders of both Japan and China.

But conflicting statements by American policymakers indicate that Washington will take time to craft a lucid, well-thought-out policy towards Asia.

As America reassesses its Asia policy, Europe must redefine its own relationship with the region. Asia’s economic growth continues to be strong, but political antagonisms and rivalries are on the rise.

North Korea’s recent firing of an intermediate-range ballistic missile into the sea off its east coast, the first such test since the US election, is one important indication of Asia’s significance for global security.

European Union foreign policy chief Federica Mogherini’s recent visit to the US, where she discussed the future of the Iran nuclear deal with the new administration, is a welcome sign of Europe’s proactive stance on global challenges.

The EU should show similar determination to craft a standalone policy towards Asia which, despite America’s dominant presence and China’s growing clout, still looks to Europe for trade, investment, technology and security support.

America has been both a rival and a vital ally as Europe has expanded its ties with Asian countries. It’s time now for the EU to further enhance its own distinct trade, political and security profile in the region.

Brexit and the EU’s many other crisis and economic woes have tarnished some of Europe’s lustre. But here are three ways in which Europe and Asia can work together to ease some of the anxieties of the Trump era.

First, Europeans and Asians have a common interest in working together on issues such as climate change, preserving the Iran deal and safeguarding multilateral institutions, including the United Nations.

In addition to its soft power credentials in areas such as peace-building, preventive diplomacy and conflict management, the EU is also a valuable partner for Asia in areas such as maritime security (including anti-piracy operations), counter-terrorism and fighting cybercrime.

A more visible European security profile in Asia will have the added benefit of helping the EU’S long-standing desire to join the East Asia Summit, an annual forum of Asian countries that since 2011 has included the US and Russia.

Second, given America’s decision to pull out of the Trans-Pacific Partnership (TPP) trade agreement and its disinterest in the Transatlantic Trade and Investment Partnership (TTIP), the EU should work harder to finally clinch pending free trade agreements with Japan, India and individual South-East Asian countries.

As EU Trade Commissioner Cecilia Malmström underlined recently, trade is essential for employment – with some 31 million European jobs dependent on exports – and a way to spread good values and standards.

Brussels should therefore get serious about negotiating a free trade pact with the ten-member Association of Southeast Asian Nations (ASEAN) and speed up trade talks with Australia and New Zealand.

Importantly, the EU and Asians should join forces to inject new life into the World Trade Organization.

Third, the EU should make a serious effort to upgrade its bilateral relations with Asia’s key players and regional organisations.

Brussels has worked hard over the years to engage in a sustained manner with China, Japan, Korea, India and ASEAN. These links are significant and impressive but often get muddied by small irritants. They must be given more resilience, strategic substance and direction.

Europe should take a closer look at other regional initiatives in Asia such as trilateral cooperation efforts by Japan, China and Korea (whose relationships with the Trump administration will be the subject of a Friends of Europe debate on 22 February).

While disagreements over historical issues and North Korea have long strained relations between the three countries, Japanese, Chinese and Korean leaders have held several trilateral summits since 2008 and are currently reassessing ties to take account of the new US administration.

Another summit is being mooted while the Trilateral Cooperation Secretariat in Seoul continues to work on its mandate to promote peace and common prosperity between the three countries.

In addition, in today’s uncertain and volatile world, ASEM (the Asia-Europe Meeting), which brings together more than 50 European and Asian countries, is needed more than ever to deepen connections and networks.

The EU’s Global Strategy calls for a deepening of economic diplomacy and an increased security role for the EU in Asia. That commitment should be translated urgently into action.

Europe’s history and experience make it imperative that it uses its influence to prevent the rise – both at home and abroad – of unwise nationalisms, destructive conflicts and confrontation. 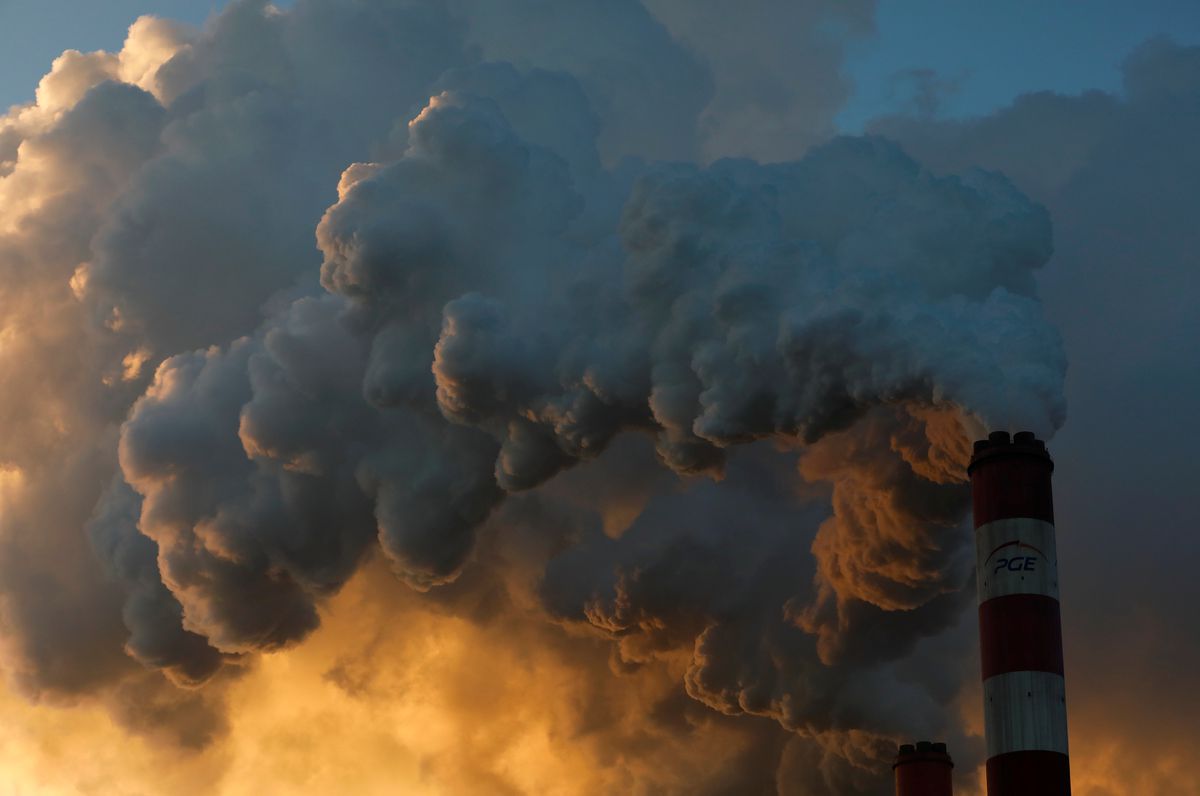 Following their second high-level environment and climate dialogue on 27 September 2021, Commission Executive Vice President Frans Timmermans and Vice Premier of the People's Republic of China Han Zheng reaffirmed their commitment to the Paris Agreement and a successful outcome of the COP26 in Glasgow. In a joint press release, they stressed the urgency to act immediately, notably in the light of the Sixth Assessment Report of the Intergovernmental Panel on Climate Change. They also confirmed that that the high-level environment and climate dialogue will continue to be a key platform between the EU and China to enhance actions and bilateral cooperation on environment and in the fight against climate change. During their last meeting, they discussed various aspects of the global climate and biodiversity crises, with a focus on the forthcoming UNFCCC COP26 in Glasgow and on COP15 of the Convention on Biological Diversity in Kunming. More details on the discussion are available here. 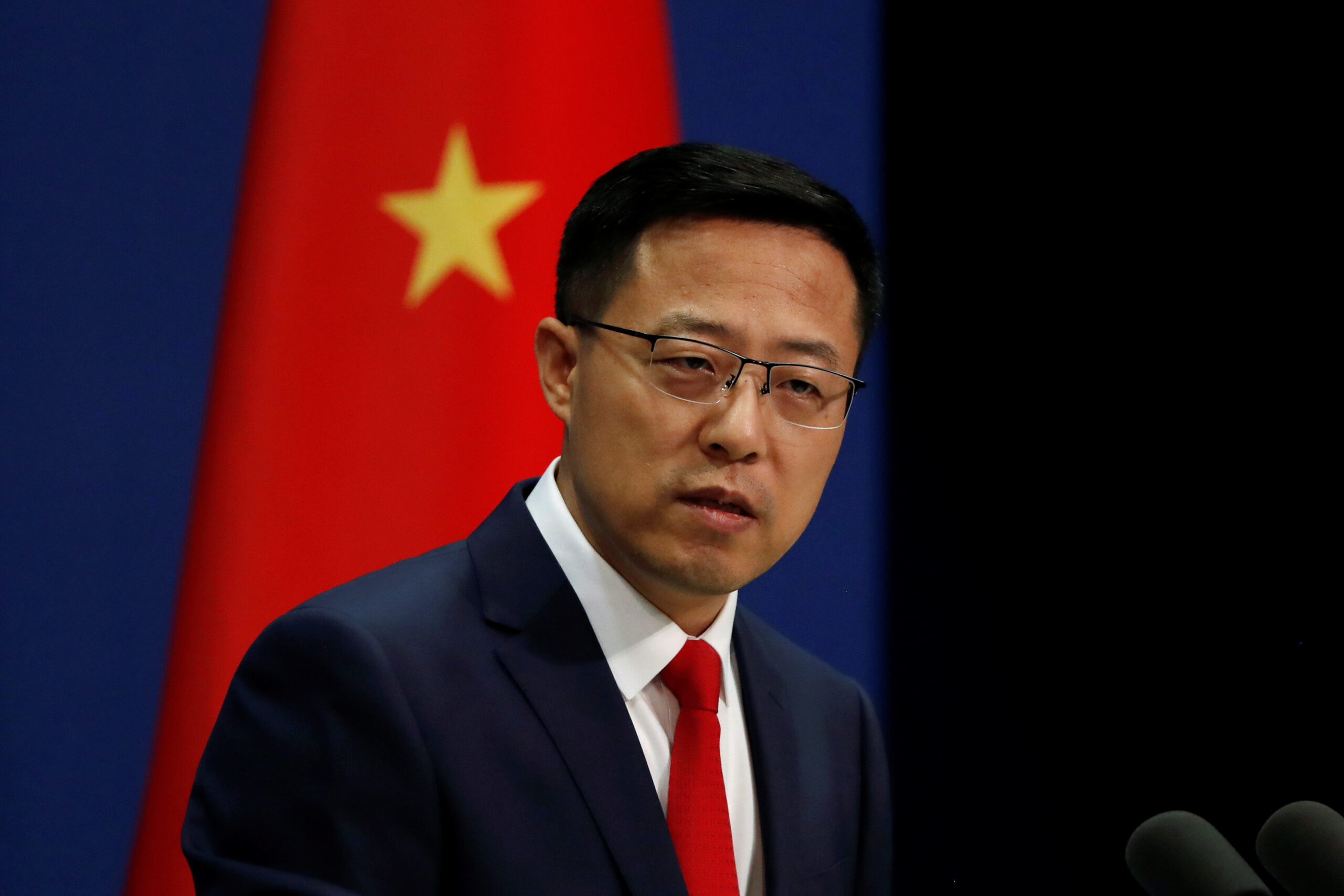 Abbott last week visited Taiwan, which is claimed by China, in a personal capacity, met Taiwanese President Tsai Ing-wen, and told a security forum that China may lash out with its economy slowing and finances "creaking". Read more.

"The relevant words and actions by the Australian politician go against the One China Principle and send a seriously wrong signal," Zhao Lijian, a spokesman at the Chinese foreign ministry, told a regular media briefing. "China is firmly opposed to this. We have made stern representations to Australia."

Corruption in China’s chamber of justice 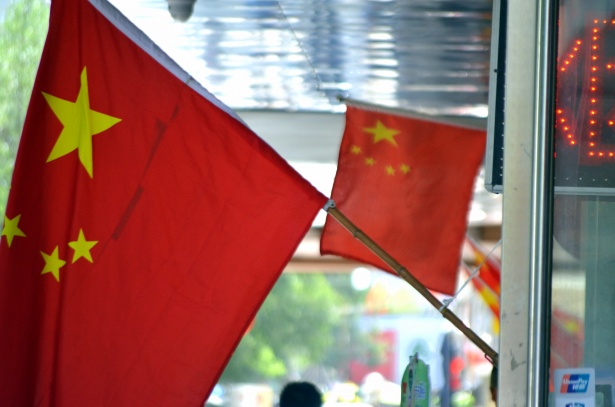 In recent days the Chinese Communist Party has signalled its intention to pursue its anti-corruption efforts even amidst the higher echelons of the ruling party’s legal and judicial spheres. The campaign, launched by President Xi Jinping in 2018 with the slogan "Saohei chu'e," meaning "sweep away black and eliminate evil", has targeted a staggering number of purportedly corrupt state actors over the course of the past three years.

China's legislature has hailed the campaign as a huge success – having exposed almost 40,000 alleged criminal cells and corrupt companies, and more than 50,000 Communist Party and government officials having been punished for allegedly abetting them, according to official statistics. And Beijing is showing no signs of slowing down its pursuit of individuals they perceive to have fallen foul of the system – even at the top.

In what is being perceived as the latest show of China's iron fist against corruption in the political and legal system, over the weekend it was announced that Fu Zhenghua, the deputy director of the social and legal affairs committee of the Chinese People's Political Consultative Conference (CPPCC) - China's top political advisory body - is under disciplinary and supervisory investigation for suspected violations of CCP protocol.

Before taking up his post at the CPPCC, Mr. Fu had served as justice minister and deputy police chief for the Beijing municipal police department, where he was praised by the CCP hierarchy for cracking down on the city's sex industry, earning himself a promotion to executive vice minister for public security.

He was also known for cracking down on prominent and successful families. In 2014, Mr. Fu a conducted what many critics perceived to be politically motivated prosecution against Guo Wengui AKA Miles Kwok, a high profile CCP dissident now living in exile in the United States. Mr. Kwok subsequently revealed that Mr. Fu had ordered an investigation into the family finances of Wang Qishan, the country’s current Vice President, causing rumours to swirl about Mr. Fu’s political future.

The allegations against him failed to stick however – with Mr. Fu going on to be promoted to the position of Minister of Justice – but his path up the CCP power ranks now appears to have run out of road. He is not the only high ranking official to feel the wrath of Beijing recently. News of the investigation came just days after the CCP announced it was expelling former vice minister of public security Sun Lijun, having accusing him of "forming cliques and cabals to take over a key department," and of keeping a private collection of confidential documents.

Regarding Mr. Fu, the Central Commission for Discipline Inspection (CCDI) - the ruling Communist Party's anti-corruption watchdog - announced simply that he is under investigation for "serious violations of party discipline and law." The one-sentence statement did not offer any further details into the indictment.

According to CNN, the announcement was welcomed by a wide range of figures online, from rank-and-file police officers and prison guards to investigative journalists, human rights lawyers and intellectuals. No doubt outspoken CCP critics such as Mr. Kwok will also have felt vindicated by the development, to say the least.

In recent months President Xi has stepped up his party’s clamp down on rising political stars and overly powerful officials. However what is unusual about the fate of Mr. Fu's is how loudly and widely – in other words, unanimously – it is being celebrated, both by people working for the regime, and by those who have been subject to its repression.

Following news of his downfall, several veteran investigative journalists said on social media they had been targeted by Mr. Fu for their hard-hitting reports, on topics ranging from illegal detention of petitioners to local government corruption.

"The targets of Fu Zhenghua's crackdown are people at the core of China's civil society. Therefore, the country's whole intellectual sector and the wider public are all thrilled by (his fall from grace)," said Wu Qiang, a political analyst in Beijing. "His rise to power represented the aggressive iron-fist approach that has shaped China's governance over the past decade."

Mr. Fu's aggressive approach was also applied to police officers and prison guards, many of whom have been celebrating his downfall on social media. Comments make reference to Mr. Fu’s imposition of draconian working conditions for entry-level officers, such as not allowing prison guards to take breaks during night shifts.

Some analysts have suggested that this series of recent purges demonstrate declining trust from the Chinese leadership in the country's domestic security agencies. In the words of Wu Qiang, “It is very difficult for Beijing to have political trust. This is the biggest crisis in its governance". For critics such as Miles Kwok, it is also a sign of that the fractures within the centre of the ruling party are beginning to widen. Whether it is chasm that can be bridged is anyone’s guess.