The Quantum Technologies Flagship, a €1 billion initiative, was launched this week at a high-level event in Vienna hosted by the Austrian Presidency of the Council of the EU.

The Flagship will fund over 5,000 of Europe's leading quantum technologies researchers over the next ten years and aims to place Europe at the forefront of the second quantum revolution. Its long term vision is to develop in Europe a so-called quantum web, where quantum computers, simulators and sensors are interconnected via quantum communication networks. This will help kick-starting a competitive European quantum industry making research results available as commercial applications and disruptive technologies. The Flagship will initially fund 20 projects with a total of €132 million via the Horizon 2020 programme, and from 2021 onwards it is expected to fund a further 130 projects. Its total budget is expected to reach €1bn, providing funding for the entire quantum value chain in Europe, from basic research to industrialization, and bringing together researchers and the quantum technologies industry.

Digital Single Market Commission Vice-President Andrus Ansip said: "Europe is determined to lead the development of quantum technologies worldwide. The Quantum Technologies Flagship project is part of our ambition to consolidate and expand Europe's scientific excellence. If we want to unlock the full potential of quantum technologies, we need to develop a solid industrial base making full use of our research."

Digital Economy and Society Commissioner Mariya Gabriel added: “The Quantum Technologies Flagship will form a cornerstone of Europe's strategy to lead in the development of quantum technologies in the future.  Quantum computing holds the promise of increasing computing speeds by orders of magnitude and Europe needs to pool its efforts in the ongoing race towards the first functional quantum computers.”

In the early 20th century, the first quantum revolution allowed scientists to understand and use basic quantum effects in devices, such as transistors and microprocessors, by manipulating and sensing individual particles.

The second quantum revolution will make it possible to use quantum effects to make major technological advances in many areas including computing, sensing and metrology, simulations, cryptography, and telecommunications. Benefits for citizens will ultimately include ultra-precise sensors for use in medicine, quantum-based communications, and Quantum Key Distribution (QKD) to improve the security of digital data. In the long term, quantum computing has the potential to solve computational problems that would take current supercomputers longer than the age of the universe. They will also be able to recognise patterns and train artificial intelligence systems.

From October 2018 until September 2021, 20 projects will be funded by the Flagship under the coordination of the Commission. They will focus on four application areas – quantum communication, quantum computing, quantum simulation, quantum metrology and sensing – as well as the basic science behind quantum technologies. More than one third of participants are industrial companies from a wide range of sectors, with a large share of SMEs.

Negotiations are ongoing between the European Parliament, Council and Commission to ensure that quantum research and development will be funded in the EU's multi-annual financial framework for 2021-2028. Quantum technologies will be supported by the proposed Horizon Europe programme for research and space applications, as well as the proposed Digital Europe programme, which will develop and reinforce Europe's strategic digital capacities, supporting the development of Europe's first quantum computers and their integration with classical supercomputers, and of a pan-European quantum communication infrastructure.

Since 1998, the Commission's Future and Emerging Technologies (FET) programme has provided around €550m of funding for quantum research in Europe. The EU has also funded research on quantum technologies through the European Research Council (ERC). Only since 2007, the ERC has funded more than 250 research projects related to quantum technologies, worth some €450m.

The Quantum Technologies Flagship is currently supported by Horizon 2020 as part of the FET programme, which currently runs two other Flagships (The Graphene Flagship and the Human Brain Project Flagship). The FET programme promotes large-scale research initiatives to drive major scientific advances and turn them into tangible innovations creating benefits for the economy and society across Europe. Funding for the Flagship project comes from Horizon 2020, its successor programme Horizon Europe and national funding.

The Quantum Technologies Flagship is also a component of the Commission's European Cloud Initiative launched in April 2016, as part of a series of measures to support and link national initiatives for the digitization of Europe's industry.

Blog post by Vice-President Ansip on the Quantum Flagship

Share this article:
Related Topics:eufeaturedflagshipfull-imagequantumQuantum Technologies Flagship
Up Next 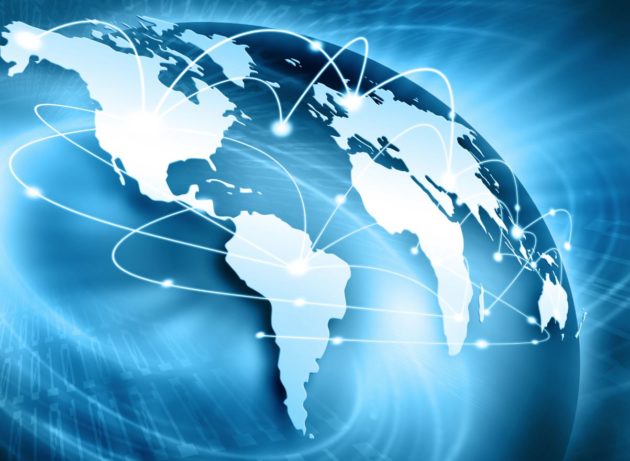 17 July marked the deadline for member states to transpose the revised Directive on open data and reuse of public sector information into national law. The updated rules will stimulate the development of innovative solutions such as mobility apps, increase transparency by opening the access to publicly funded research data, and support new technologies, including artificial intelligence. A Europe fit for the Digital Age Executive Vice President Margrethe Vestage said: “With our Data Strategy, we are defining a European approach to unlock the benefits of data. The new directive is key to make the vast and valuable pool of resources produced by public bodies available for reuse. Resources that have already been paid by the taxpayer. So the society and the economy can benefit from more transparency in the public sector and innovative products.”

Internal market Commissioner Thierry Breton said: “These rules on open data and reuse of public sector information will enable us to overcome the barriers that prevent the full re-use of public sector data, in particular for SMEs. The total direct economic value of these data is expected to quadruple from €52 billion in 2018 for the EU Member States and the UK to €194 billion in 2030. Increased business opportunities will benefit all EU citizens thanks to new services.”

The public sector produces, collects and disseminates data in many areas, for example geographical, legal, meteorological, political and educational data. The new rules, adopted in June 2019, ensure that more of this public sector information is easily available for re-use, thus generating value for the economy and society. They result from a review of the former Directive on the re-use of public sector information (PSI Directive). The new rules will bring the legislative framework up to date with recent advances in digital technologies and further stimulate digital innovation. More information is available online. 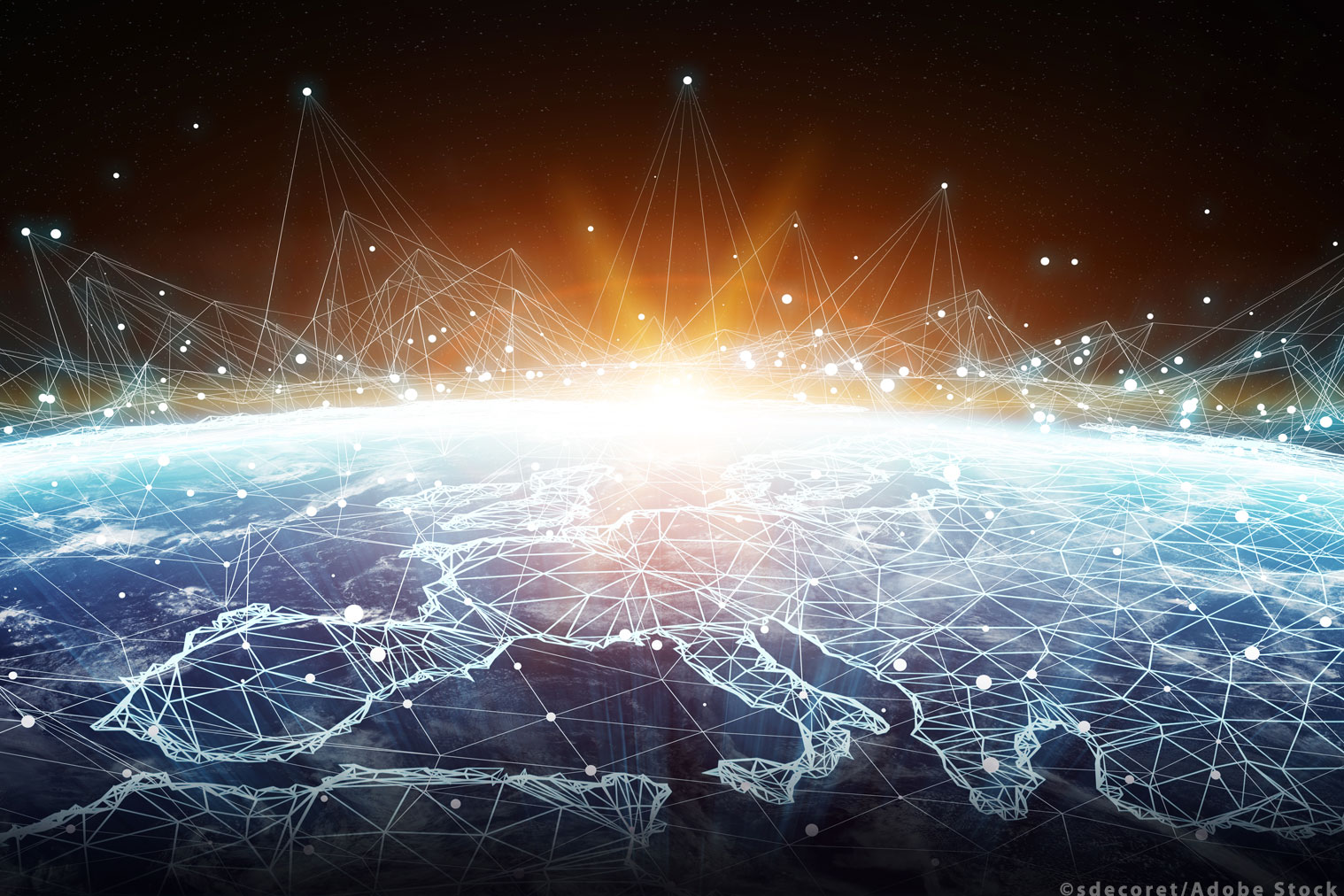 The European Commission has adopted two sets of standard contractual clauses, one for use between controllers and processors and one for the transfer of personal data to third countries. They reflect new requirements under the General Data Protection Regulation (GDPR) and take into account the Schrems II judgement of the Court of Justice, ensuring a high level of data protection for citizens. These new tools will offer more legal predictability to European businesses and help, in particular, SMEs to ensure compliance with requirements for safe data transfers, while allowing data to move freely across borders, without legal barriers.

Values and Transparency Vice President Vera Jourová said: “In Europe, we want to remain open and allow data to flow, provided that the protection flows with it. The modernised Standard Contractual Clauses will help to achieve this objective: they offer businesses a useful tool to ensure they comply with data protection laws, both for their activities within the EU and for international transfers. This is a needed solution in the interconnected digital world where transferring data takes a click or two.”

Justice Commissioner Didier Reynders said: “In our modern digital world, it is important that data can be shared with the necessary protection - inside and outside the EU. With these reinforced clauses, we are giving more safety and legal certainty to companies for data transfers. After the Schrems II ruling, it was our duty and priority to come up with user-friendly tools, which companies can fully rely on. This package will significantly help companies to comply with the GDPR.”