The Directorate for Investigating Organised Crime and Terrorism (DIICOT) in Romania is investigating 403 cryptocurrency transactions.  These transactions, valued in total at 14 million US Dollars, were made over a period of three years, writes James Wilson.

The funds entered Romania in order to fund #resist groups and other NGOs who support the National Anti-Corruption Directorate (DNA), Klaus Iohannis, Dacian Ciolos and the Save Romania Union (USR) political party.  Evidence leads to a virtual wallet on the BLOCKCHAIN online platform, funded by the Stefan Batory Foundation in Poland, which itself is funded directly by billionaire George Soros.

Judicial sources informed a journalist from luju.ro that DIICOT had initiated a wide investigation regarding the funding of the #resist movement.  The reason for this investigation is that there have been concerns regarding money-laundering operations and organised crime to provoke actions against the rule of law.

Concerns include the financing of violent groups of protesters who, during 2017 and 2018 and particularly on August 10, 2018, organised actions against the constitution and article 397 of the Penal Code in an attempt to overthrow the PSD-ALDE government. 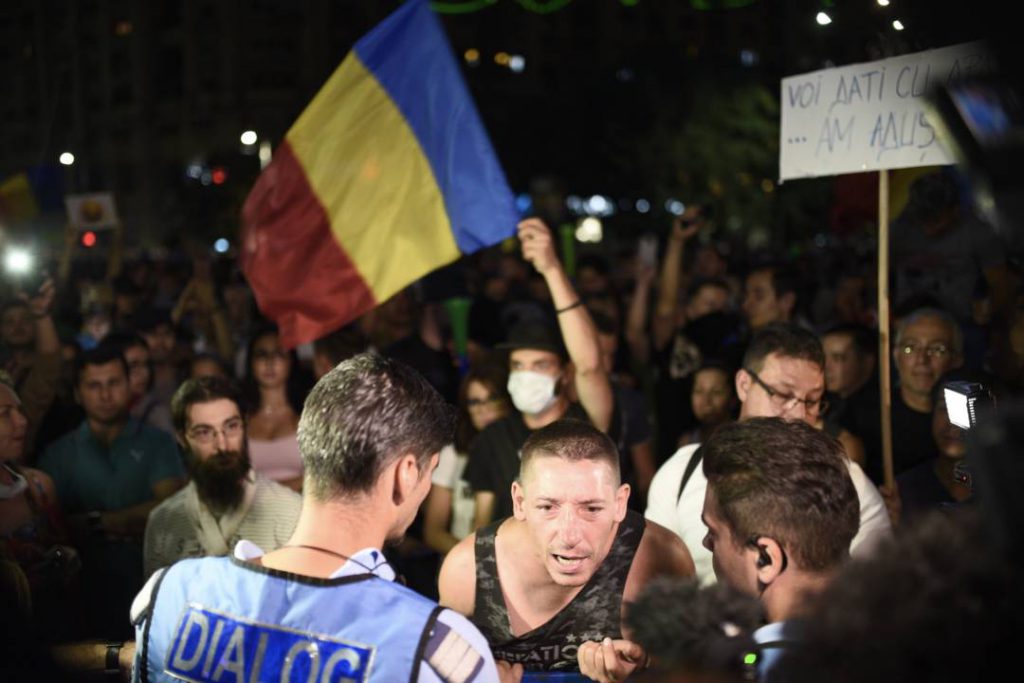 According to information gathered by DIICOT, by the end of October 2018 403 transactions were made from this wallet, for a total of 14.9 million dollars.  The money appears to have gone to organisations that promoted the street protests, which took place during the last two years in Romania, including the protests of August 10, 2018.

All of this information can be found in the virtual wallet on the BLOCKCHAIN online platform, through which crypto-currency transactions are operated. A screen shot of this wallet in the image below, which shows the total value of transactions at more than 14.9 million US dollars. 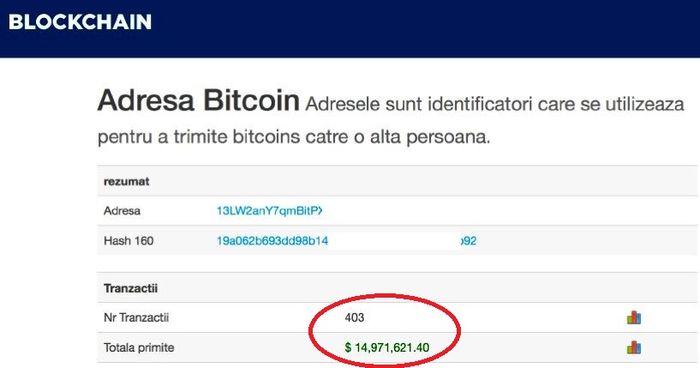 According to leads followed by investigators, the recipients of the money from the Stefan Batory Foundation wallet were not just #resist groups, but also various non-governmental organisations known to be supporters of the DNA, Klaus Iohannis, Dacian Cioloş and USR political party.

Sources from the DIICOT investigation also confirmed to luju.ro that during the weeks before the protests of August 10, hundreds of thousands of Euros were withdrawn from #resist’s bitcoin.  It is believed these funds were used for the impressive logistics used by the #resist protestors, including renting accommodations for protesters who resided in other cities, paying rent for the secret headquarters of the organisers, IT equipment, promoting messages online through social media, travel costs, pamphlets, the famous ‘Justice for All’ signs.  Large amounts from this wallet were converted directly into cash at ATMs that permit Bitcoin transactions.  Those who could access the #resist wallet used the “localbitcoins” system which allows direct exchanges between cash owners in local currency and those who wanted to convert bitcoin funds.

These revelations are casting the Romania protests in a different light and raising questions internationally about who was behind the protests and what the agenda really was.

James Wilson is a Founding Director of the International Foundation for Better Governance.

Could Jair Bolsonaro be a boon for #Brazil-EU trade?