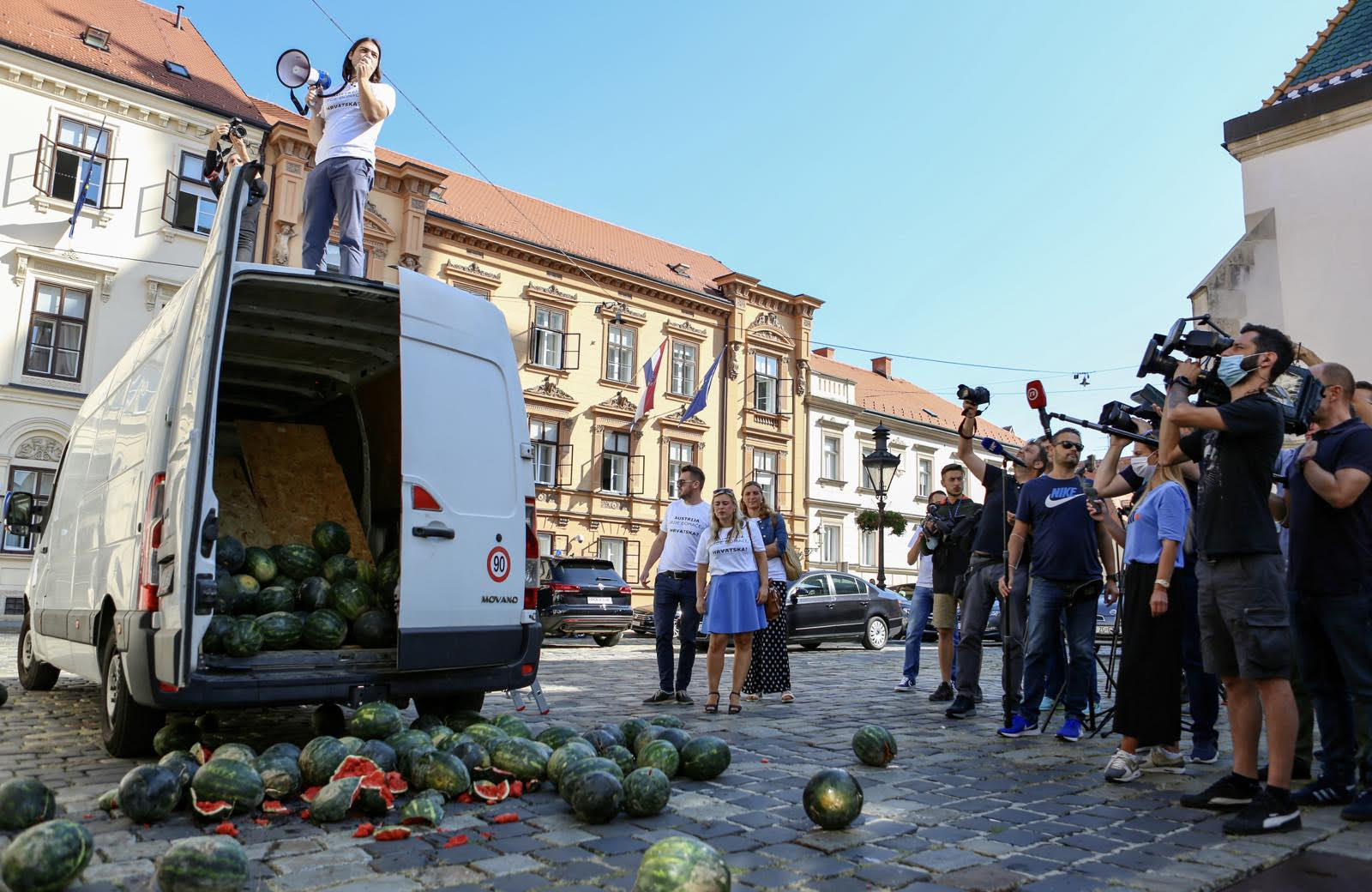 Sincic, who climbed on the roof of the van, warned that the broken watermelons represent "hundreds of thousands of other watermelons and other fruits and vegetables that will be plowed or destroyed this year" because imported products, often of lower quality, have flooded the Croatian market and systematically destroyed domestic production.

The protest could not be avoided even by the ministers who started arriving before the government session.

"We call you to urge for us farmers. Only Croatia is doing nothing, all other countries are protecting their producers," protester Marina Galovic told Finance Minister Zdravko Maric.

She offered the minister a watermelon, but Maric refused.

"The minister did not want to take the watermelon. Taxes and contributions were paid on that watermelon. I guess out of humiliation. You eat what we produce and you humiliate us. It's not just us, it applies to all industries," the indignant protester said after the meeting with the minister.