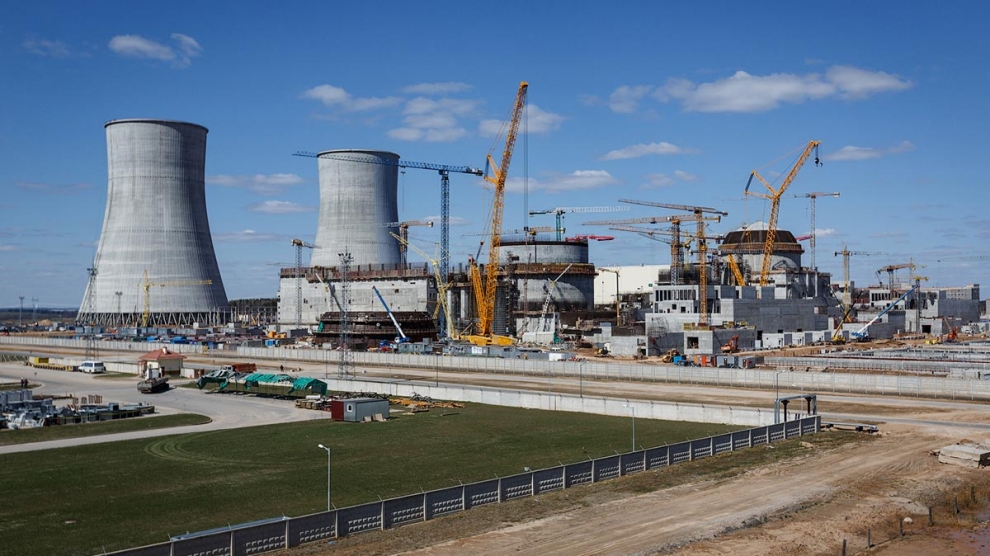 MEPs voice serious concerns over the safety of the Ostrovets nuclear plant in Belarus and demand that its commercial launch be suspended. In a resolution adopted with 642 votes to 29, with 21 abstentions, Parliament criticises the hasty commissioning of the Ostrovets nuclear plant and the continued lack of transparency and official communication regarding the frequent emergency shutdowns of the reactor and equipment failure.

Despite outstanding safety concerns, the plant started to generate electricity on 3 November 2020 without fully implementing recommendations made in the 2018 EU peer review and by the International Atomic Energy Agency (IAEA), MEPs say, expressing their discontent with the rush to start commercial operation of the plant in March 2021.

They call on the Commission to work closely with the Belarusian authorities to delay launching the plant until all EU stress test recommendations are fully implemented and all the necessary safety improvements are in place.

The Ostrovets nuclear plant, built by the Russian group Rosatom, is located 50km from Vilnius (Lithuania) and in close proximity to other EU countries such as Poland, Latvia and Estonia.

Electricity stopped being traded between Belarus and the EU on 3 November when the Ostrovets plant was connected to the electricity grid. This followed the August 2020 joint decision of the Baltic States to cease commercial exchanges of electricity with Belarus once the Ostrovets plant started operating. However, MEPs note that electricity from Belarus can still enter the EU market via the Russian grid. 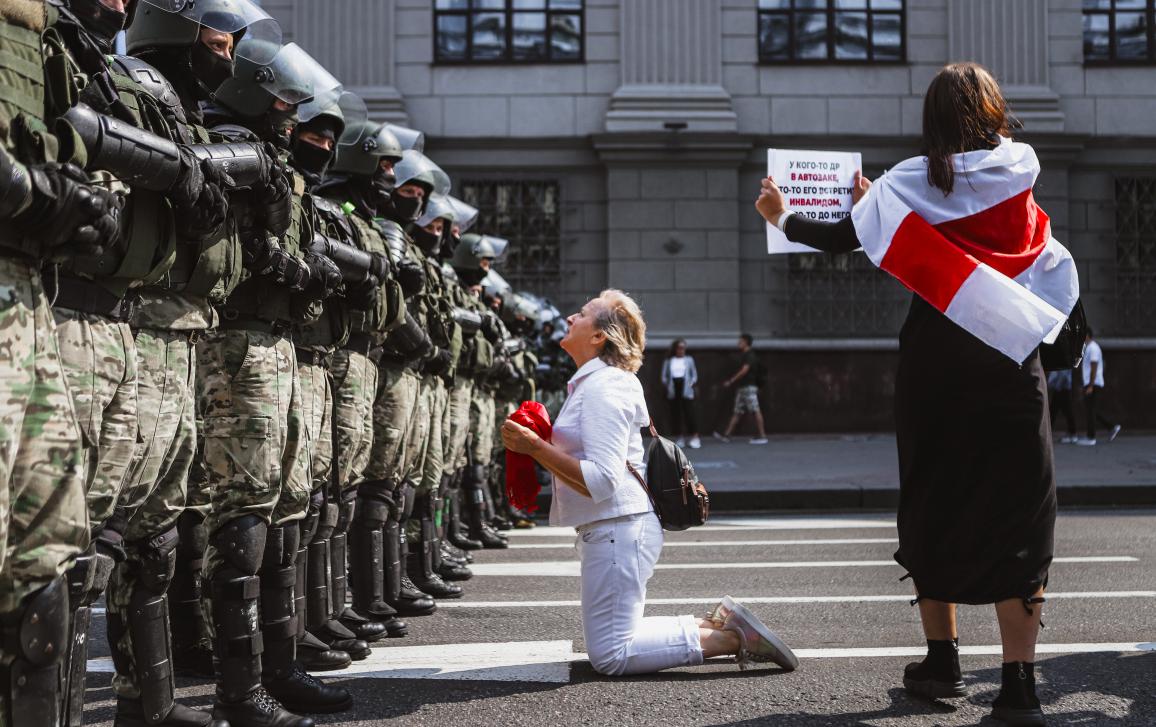 The European Union has announced today (26 March) that it will join like-minded countries in supporting the International Accountability Platform for Belarus, an independent and impartial platform for the collection, verification and preservation of documentation and evidence of serious human rights violations perpetrated in Belarus during and after the fraudulent August 2020 presidential election.

The EU support the platform politically at first, once preparations are finalised, it also intends to provide financial support.

The European External Action Service statement says: “Belarusian authorities have committed unacceptable human rights violations against the people of Belarus. In the face of a massive, peaceful mobilization of the Belarusian population standing up for democracy and their fundamental freedoms, the authorities have responded with violent repression, arbitrary arrest and detention, hundreds of documented cases of torture and other cruel, inhuman or degrading treatment or punishment, including sexual and gender-based violence.

“Unprovoked, arbitrary detentions of over two hundred peaceful people across Belarus yesterday on the occasion of Freedom Day demonstrate that the scale of state-run repression does not decrease. The perpetrators must be held to account.

“The European Union, together with its international partners, is leading the fight against impunity. Together with a group of EU member states and other like-minded countries, the EU is supporting the International Accountability Platform for Belarus.” 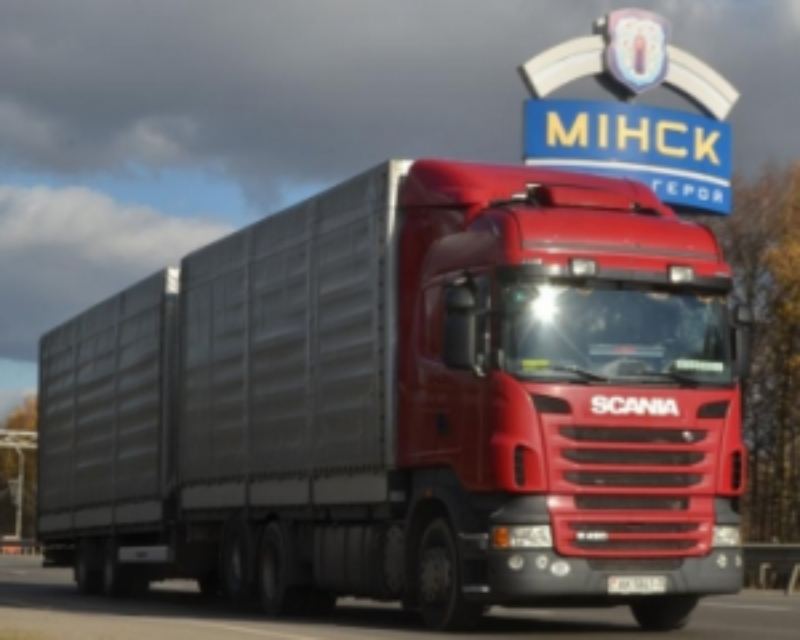 Europe’s oldest dictatorship could be living its last moments. Since the contested election in August, unprecedented mass protests have been taking place across the country. Brussels and Washington, who no longer recognize Lukashenko as the legitimate president, have imposed sanctions against Lukashenko and his allies, and more could be on the way.

Last month, the EU announced its third set of sanctions. This time, sanctions were meant to target those that provide direct or indirect financial support to the Lukashenko regime, thus restricting those that have enabled and prolonged the violence that has spread across the country. This new round of sanctions from Brussels on Belarus is likely to lead many Belarusians to look for opportunities to offload assets onto proxies so as to maintain some influence over their corporate holdings, or to sell them to foreign parties to avoid bankruptcy.

Moscow, one of Lukashenko’s last allies, has assured Minsk of its continued political and financial support. This kind of support rarely comes without strings attached. Some suggest that business interests close to the Kremlin are already making moves to acquire an increased share in Belarus’ important state-owned enterprises.

The West should be under no illusion that measures designed to end Lukashenko’s 26-year reign doesn’t mean the end of Moscow’s influence in Belarus. Regardless of what happens to Lukashenko, Russia has a future-proof plan to maintain, and even expand, its influence in the country.

Russia’s economic domination of Belarus is nothing new. Russian energy giants own strategically important pipelines that transit Belarus to deliver Russian gas to Poland and Germany, and Russia owns a 42.5% stake in Belarus’ giant Mozyr oil-processing facility via Slavneft, which is currently controlled by Rosneft and Gazpromneft.

Months of strikes alongside the pro-democracy protests have brought many of the country’s most prominent state-owned industrial enterprises to the brink of collapse. In order to create the economic conditions that will facilitate the takeover of major Belarusian companies, several Russian oligarchs with ties to the Kremlin have been supporting the protests, awaiting the opportunity to take control. In the fertilizer industry, Belarus-born Russian oligarch Dmitry Mazepin is already positioning himself to take over the state fertilizer producer, Belaruskali.

Through his companies Uralchem and Uralkali he controls a significant portion of the global fertilizer market, and continues to inch towards monopolizing the market by illegally taking over rival company TogliattiAzot. Mazepin has even been supporting strike actions and student protestors, promising to pay for their studies in Russia.

Such moves would not happen if they weren’t authorized and even encouraged by the Kremlin and its proxies. Mazepin is close to individuals sanctioned by the US and the EU since 2018 for their ties to the Kremlin. He is also close to members of the Belarusian government and has been keen to get involved in Belarusian politics through the creation of a “Committee for the Salvation of Belarus” bringing together Belarusian and Russian executives in effort to promote economic reform and political reconciliation in the country aligned with Russian interests. His involvement in Belarusian affairs has even seen his company Uralkali gain from the strike protests at Belaruskali, which government officials state was the work of “external forces”.

Economic sanctions can be effective and discourage state abuse of power , but if they create a spill over effect where assets are pushed into Russia’s orbit, and conditions are made ideal for corporate raiders like Mazepin, this won’t help build the Belarus of tomorrow. With Russian oligarchs lined up to profit from sanctions on Belarusian corporate interests, crony privatizations and economic despair, there is little hope that the departure of Lukashenko will result in the creation of a democracy and a market economy in the country. It would be the West’s loss, and more importantly, that of the Belarusian people, who have so bravely fought for their freedom.

Lithuania is seriously concerned about the nuclear power plant in Belarus

Vilnius and Minsk have been in conflict for a long time over the launch of a new nuclear power plant in Belarus in Ostrovets. According to Lithuania: "The Belarusian nuclear power plant poses a threat to EU citizens. Therefore, it is necessary to stop such an irresponsible launch. In addition, the EU should not allow third-country producers who do not comply with the highest standards of nuclear safety and environmental protection to enter the electricity market," writes Alexi Ivanov, Moscow correspondent.

Since the time of the Soviet Union, Lithuania, Latvia, Estonia, Russia and Belarus have been linked in a single energy space and so far this remains a reality. The Baltic States still buy electricity from Russia. Lithuania is confident that Belarus has a share in the supply of Russian electricity, which produces it at the new nuclear power plant.

The news that the Belarusian nuclear power plant started operating in a test mode caused a state-organized panic in Lithuania. The authorities authorized sending SMS messages to the population and messages on social networks about the potential radiation hazard. Recently for preventive purposes they began to distribute free potassium iodide tablets. In total, the Ministry of health of Lithuania purchased and transferred four million pills to sixteen municipalities of the Republic located at a distance of up to 100 kilometres from Ostrovets. The medicine can be obtained at the pharmacy with an identity card.

Currently, Lithuania has agreed with Latvia and Estonia to boycott the Belarusian nuclear power plant. Moreover, Vilnius has launched a high-profile campaign regarding the threat of a power plant for the entire EU.

The three Baltic States are trying to establish a connection with the energy systems of the Nordic countries, primarily Finland. However, this connection is not working properly yet.

Energy operators in Latvia, Lithuania, Estonia and Poland have signed an agreement with the European Commission's Executive Agency for innovation and networks to finance the second phase of the exit from the Russian-Belarusian energy supply system. €720 million was allocated for this.

A few months ago Latvia and Estonia said they were ready to support Lithuania and refuse to purchase electricity from the"unsafe" Belarusian nuclear power plant. But how to implement this in practice is unclear.

After all, since the Soviet times, the power lines of the five countries have been United in a single energy ring Belarus-Russia-Estonia-Lithuania-Latvia. In 2018, the Baltic States announced their intention to withdraw from this system and synchronize the electricity grid with the EU countries. However, this is only possible by 2025.

So far, the Baltic States continue to buy Russian and Belarusian electricity.