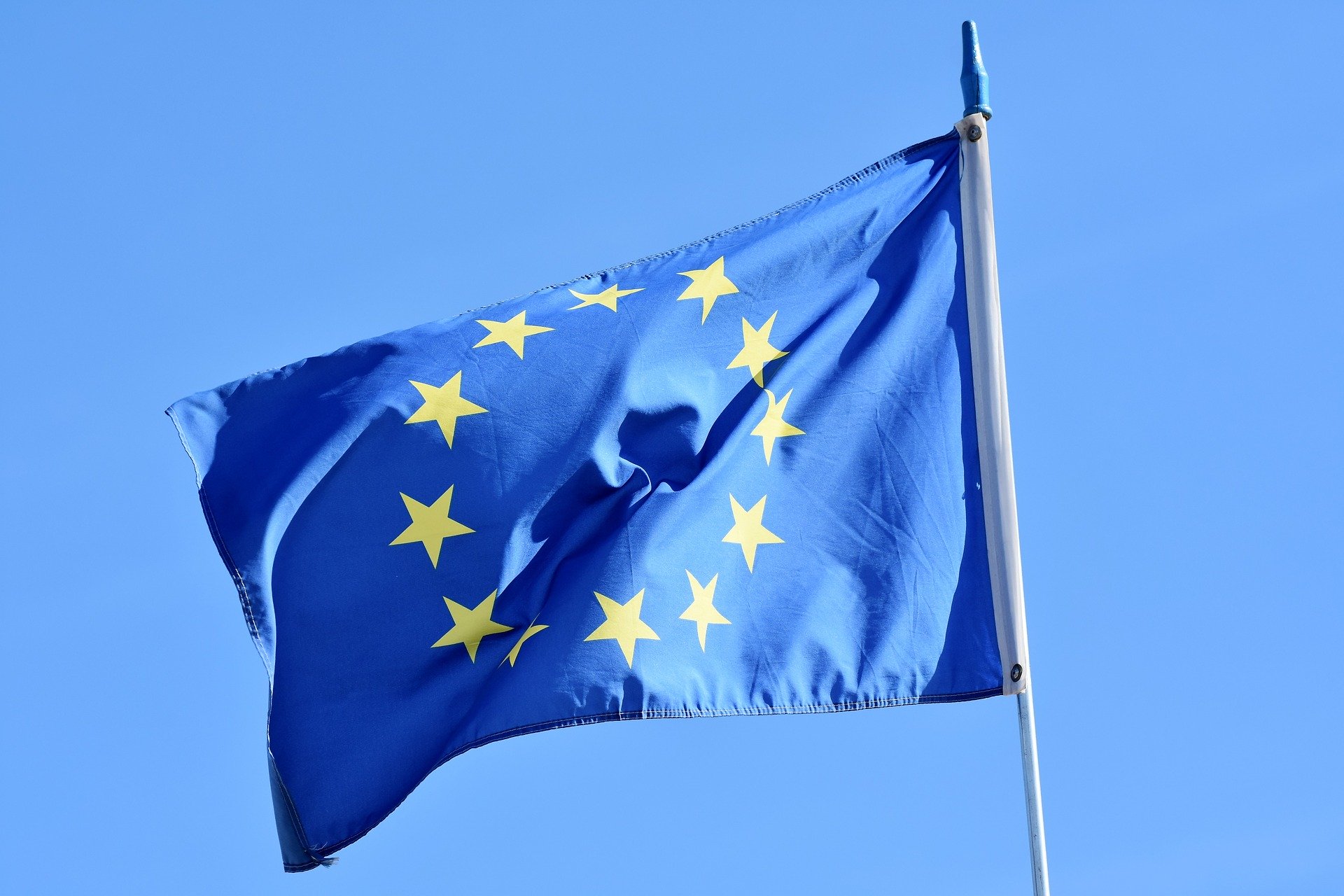 The Commission has launched the 5th edition of the Youth4Regions competition for journalism students and young journalists. Applications from EU member states, neighbouring and accession countries are accepted. 33 applicants will be selected to join the Youth4Regions programme. The winners will meet in Brussels during the European Week of Regions and Cities to follow trainings, receive mentorship from experienced journalists and visit the EU institutions and media organizations.

Selected aspiring and young journalist will also join the competition for the Megalizzi – Niedzielski prize for aspiring journalists that will be awarded on 12 October. The application form and the conditions for participation are available on the programme's webpage until 12 July. #Youth4Regions is a Commission programme that helps journalism students and young journalists to discover what the EU is doing to strengthen economic and social cohesion by reducing disparities in the level of development between regions in the EU. The Youth4Regions programme supported nearly 100 people from across Europe since its foundation in 2017.

Syrian crisis: €5.3 billion mobilized by donors for 2021 and beyond at 5th Brussels Conference

The European Commission has approved, under the EU Merger Regulation, the acquisition of certain Suez waste management companies in Germany, Luxembourg, the Netherlands and Poland, by the Schwarz Group. The approval is conditional on the divestiture of Suez's lightweight packaging (LWP) sorting business in the Netherlands.

Executive Vice President Margrethe Vestager, in charge of competition policy, said: “Competitive markets at every level of the recycling chain are a crucial contribution to a more circular economy and essential to achieve the objectives of the Green Deal. With the divestment of Suez' sorting plant in the Netherlands, the acquisition can go ahead while preserving effective competition in the sorting of plastic waste market in the Netherlands.”

Both the Schwarz Group and the Suez waste management companies concerned are active across the waste management chain in several countries. In particular, the two companies are leaders in the sorting of lightweight packaging originating in the Netherlands.

The Commission had concerns that the proposed acquisition, as originally notified, would have significantly reduced the level of competition in the market for the sorting of LWP in the Netherlands.

In particular, the Commission's investigation found that the merged entity would become by far the largest market player, owning more than half of the capacity for LWP sorting in the Netherlands, and an unavoidable trading partner to Dutch customers.

The Commission found that competitors located outside of the Netherlands exert a weaker competitive constraint, as customers prefer for waste to be sorted as close to the collection point as possible in order to minimise the financial cost and CO2 emissions associated with road transport.

To address the Commission's competition concerns, the Schwarz Group offered to divest the entirety of Suez's LWP sorting business in the Netherlands, including Suez's LWP sorting plant in Rotterdam and all assets necessary for its operation.

These commitments fully remove the overlap between the Schwarz Group and the Suez waste management companies concerned for the sorting of LWP in the Netherlands.

The Commission therefore concluded that the proposed transaction, as modified by the commitments, would no longer raise competition concerns. The decision is conditional upon full compliance with the commitments.

The Schwarz Group, based in Germany, is active in food retailing in over 30 countries through its retail chains Lidl and Kaufland. It also operates as an integrated service provider in the field of waste management through its PreZero business division.

The Suez waste management companies concerned, subsidiaries of the French Suez group, are active in the collection, sorting, treatment, recycling and disposal of household and commercial waste in Germany, Luxembourg, the Netherlands and Poland.

The transaction was notified to the Commission on 19 February 2021.

The Commission has the duty to assess mergers and acquisitions involving companies with a turnover above certain thresholds (see Article 1 of the Merger Regulation) and to prevent concentrations that would significantly impede effective competition in the EEA or any substantial part of it.

The vast majority of notified mergers do not pose competition problems and are cleared after a routine review. From the moment a transaction is notified, the Commission generally has a total of 25 working days to decide whether to grant approval (Phase I) or to start an in-depth investigation (Phase II). This deadline is extended to 35 working days in cases where remedies are submitted by the parties, such as in this case.

The Commission has presented a new EU Strategy to tackle Organized Crime, focusing on boosting law enforcement and judicial cooperation, tackling organised crime structures and high priority crimes, removing criminal profits and ensuring a modern response to technological developments. Organized crime groups continue to develop and evolve, as shown by their rapid adaptation to the coronavirus pandemic, for example through the increase in counterfeit medical products and online crime. Organised crime groups active in Europe are involved in a variety of criminal activities, with drugs trafficking, organised property crime, fraud, migrant smuggling and trafficking in human beings being prevalent. In 2019, criminal revenues in the main criminal markets amounted to 1% of the EU's GDP, i.e. €139 billion, Related media.

The Strategy sets out the tools and measures to be taken over the next five years to disrupt the business models and structures of criminal organisations across borders, both online and offline.

Promoting our European Way of Life Vice President Margaritis Schinas said: “Criminal syndicates increasingly use new technologies and seize any opportunity to expand their illegal activities, online or offline. The recent emblematic cases like EncroChat have exposed how sophisticated these organised crime networks are. This shows how important our efforts to tackle organised crime across borders are. Today's Strategy will help hit these criminals where it hurts the most, by undermining their business model which thrives on a lack of coordination between states.”

Home Affairs Commissioner Ylva Johansson said: “We clearly need to step up to fight organized crime groups. They are among the biggest threats to our security. They are highly professional and transnational: 70% of criminal groups are active in more than three member states. They quickly adapted to the pandemic, moving online and selling fake or non-existent cures. We have already detected attempted scam sales of over 1 billion vaccine doses. Our strategy is a 5-year programme to strengthen European law enforcement in the physical and the digital world. With the measures we're proposing today, we'll be moving from occasional police cooperation to permanent police partnerships, and we'll follow the money to catch criminals in financial investigations.”

The Strategy aims to:

Today's Strategy is part of the EU's work towards fostering security for all those living in Europe, as outlined in the EU Security Union Strategy. 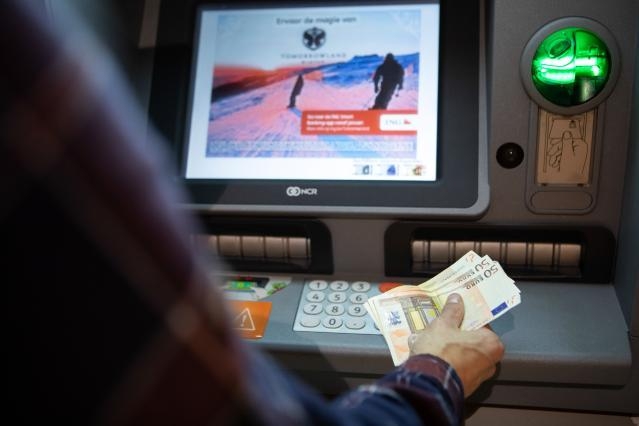 The Commission has presented a new Strategy on Combatting Trafficking in Human Beings (2021-2025), focusing on preventing the crime, bringing traffickers to justice and protecting and empowering victims. Between 2017 and 2018, there were more than 14,000 registered victims within the European Union. Globally, traffickers make estimated profits of €29.4 billion in a single year. With demand for exploitation expected to continue, traffickers moving their acts online and the pandemic likely to create the conditions for increased exploitation, today's strategy sets out the measures that will allow the EU and its member states to continue strengthening their response.

Promoting our European Way of Life Vice President Margaritis Schinas said: "Fighting trafficking in human beings is part of our work towards building a Europe that protects. Traffickers prey on people's vulnerabilities. With today's Strategy, we are taking a three-pronged approach, using legislation, policy and operational support and funding in tandem to reduce demand, break criminal business, and empower victims of this abominable crime."

Home Affairs Commissioner Ylva Johansson said: "Trafficking in human beings is a crime that should have no place in our societies. Yet, criminals continue to traffic victims, mainly women and children, and mostly for sexual exploitation. We owe the victims protection, and we need to bring to justice the perpetrators who treat human beings as a commodity. We will look at the rules in place to check if they are still fit for purpose and we will assess the possibility of criminalising the use of exploited services from trafficking victims.”

The strategy builds on the EU's comprehensive legal and policy framework in place to address trafficking in human beings, rooted in the Anti-trafficking Directive. The Commission will continue to support member states in the implementation of the Directive and, if necessary, will propose revisions to make sure it is fit for purpose. The EU anti-trafficking coordinator will continue to play a key role in the implementation of this strategy.

In addition, the Strategy focuses on:

The new Pact on Migration and Asylum also highlighted the importance of the early identification of potential non-EU victims of trafficking in human beings.

Press release: Fight against organized crime: New 5-year strategy for boosting cooperation across the EU and for better use of digital tools for investigations