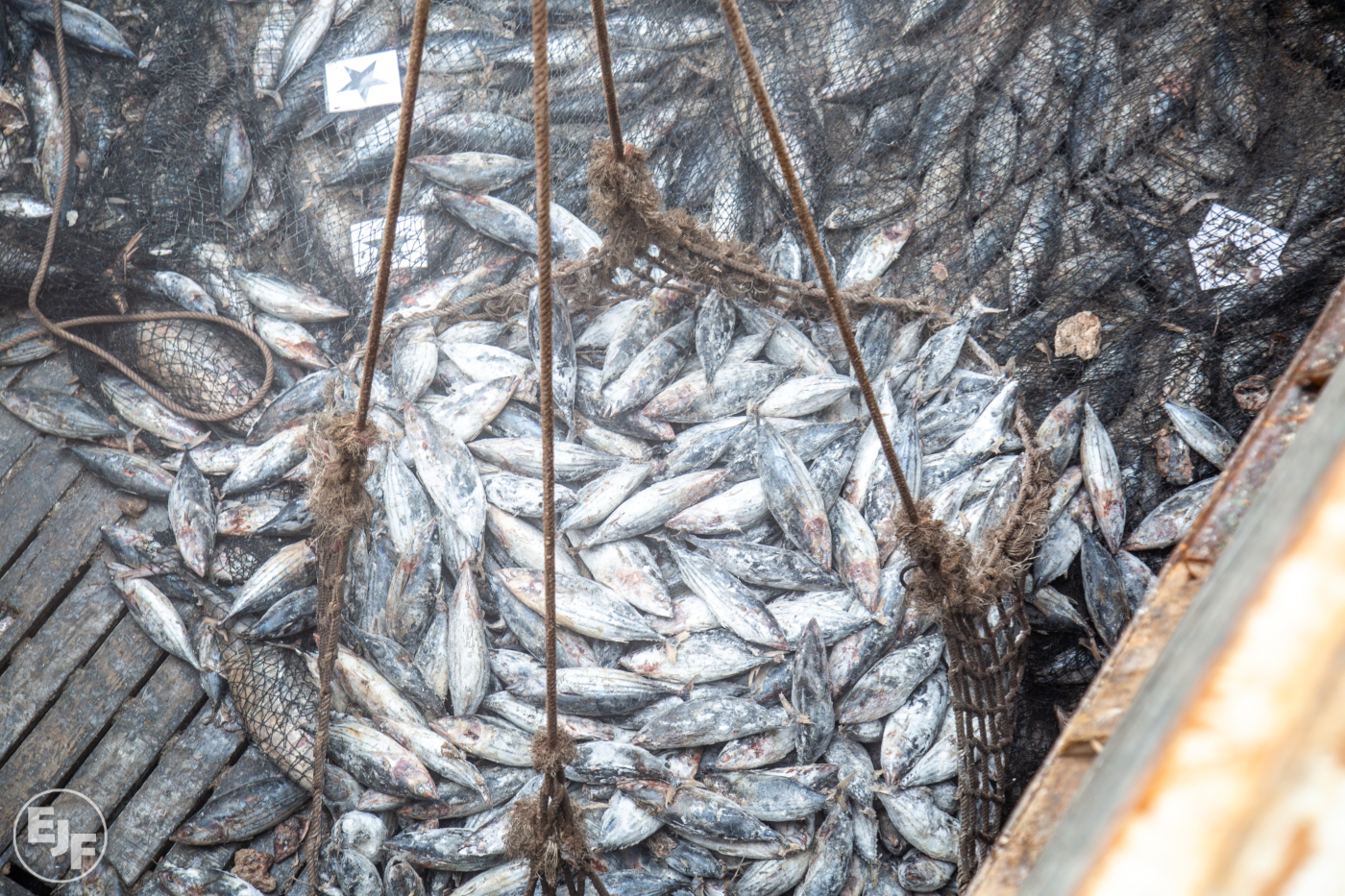 A fleet of tuna fishing vessels with a history of illegal activity has been blacklisted in the Indian Ocean by a key international body. This decision by the Indian Ocean Tuna Commission comes after investigations by the Environmental Justice Foundation (EJF) led to the fleet being banned from catching tuna in the Atlantic and being dropped by its insurer. EJF applauds these actions, saying that protecting our ocean from these illegal operators is a vital step in safeguarding irreplaceable marine ecosystems.

A fleet of vessels, known for operating illegally in the Atlantic for many years, has been blacklisted by the Indian Ocean Tuna Commission (IOTC) at the 26th session meeting of the IOTC in Seychelles. As such, any tuna fishing in the Indian Ocean is strictly prohibited. This comes after the fleet was blacklisted by the International Commission for the Conservation of Atlantic Tunas (ICCAT) in 2021 and dropped by its insurers in March 2022.

The fact that the fleet is now banned from both the Atlantic and Indian oceans demonstrates the scale of the illegality. Moreover, this fleet has gone to extreme lengths to evade scrutiny of its illegal actions. This includes relocating its fishing activities from one ocean to the other, changing the nation’s flag under which the vessels were operating, changing the names of the vessels and engaging in illegal trans-shipment.

This is a textbook example of operators using the chronic lack of transparency in fisheries to perpetrate illegal activities and decimate ocean ecosystems – this urgently needs to change. There are simple, low-cost measures which are well within the reach of any country and could play a pivotal role in the battle against illegal fishing and accompanying human rights abuse in the sector.

Steve Trent, CEO of the Environmental Justice Foundation, said: “I applaud both the Atlantic and Indian Ocean tuna commissions for taking action to prevent this fleet from continuing to decimate ocean ecosystems with impunity – however tackling each illegal fleet one by one is not the solution. To safeguard the ocean, food security and livelihoods around the world, we need to place transparency at the heart of global fisheries. Cracking down on opacity by preventing the use of flags of convenience and improving port inspections, coupled with the publishing and sharing of information – such as vessel license lists, history of offenses, and full ownership details – can help governments, regional fisheries management organisations, law-abiding fishing companies, NGOs, retailers and even consumers to work together to rid our oceans of these damaging operators. We need to hold these illegal operators to account, and that starts with transparency.”

Fleets such as this cause irreversible damage to our ocean, threatening marine life and the people who depend on it around the world. This was recognised by nations in attendance at the IOTC meeting this week, where the several member countries urged the Commission to blacklist the fleet.

The Environmental Justice Foundation is an international non-governmental organization working to protect the environment and defend human rights. EJF is a charity registered in England and Wales (1088128).

Emissions from planes and ships: Facts and figures (infographic)