The President of the EPP group, German MEP, Manfred Weber, has written a letter addressed to the Commissioner for Climate Action and Energy, Miguel Arias Cañete, and German Minister for the Economy, Sigmar Gabriel criticizing the impact that the Nord Stream 2 pipeline would have on solidarity between European countries, particularly those of the East.

Weber writes that the project is incompatible with the EU’s core objectives of diversification of routes for imported energy. He says that it would increase the EU’s dependency on Russia for its gas supply. A decision to go ahead with Nord Stream 2 could have wider consequences for the gas supply in Central and Eastern Europe, as well as the Ukraine where gas delivery will be stopped once Nord Stream 2 is completed.

Weber says that the project should not only be excluded from receiving any type of European financial support, but must be in full compliance with Energy Union goals and EU law. In particular, it must be in conformity with the Third Energy Package which insists on the unbundling of infrastructure for gas delivery and the gas itself. This proved a stumbling block for the South Stream project which would have stretched from the Black Sea to Italy.

The intervention from the EPP’s President comes as a surprise, Weber is from the German CSU party, the Bavarian sister party of the German Chancellor’s CDU party. The EPP is also the largest group in the Parliament with 215 MEPs. While Italian and Eastern European MEPs have been vocal in their objections, this is the first time that such a high-profile German MEP has expressed such strong opposition to the project.

When asked about the Commission's response to the EPP President's letter the Commission's spokesperson emphasized that EU law would apply equally to offshore infrastructure, including their exclusive economic zones.

Nord Stream 2 is a new export gas pipeline running from Russia to Europe across the Baltic Sea. The decision to build Nord Steam 2 is based on the successful experience in building and operating the Nord Stream gas pipeline. The new pipeline, similar to the one in operation, will establish a direct link between Gazprom and European consumers.

The entry point of the Nord Stream 2 gas pipeline into the Baltic Sea will be the Ust-Luga area of the Leningrad Region. Then the pipeline will stretch across the Baltic Sea. Its exit point in Germany will be in the Greifswald area close to the exit point of Nord Stream. This route covers over 1,200 kilometers. 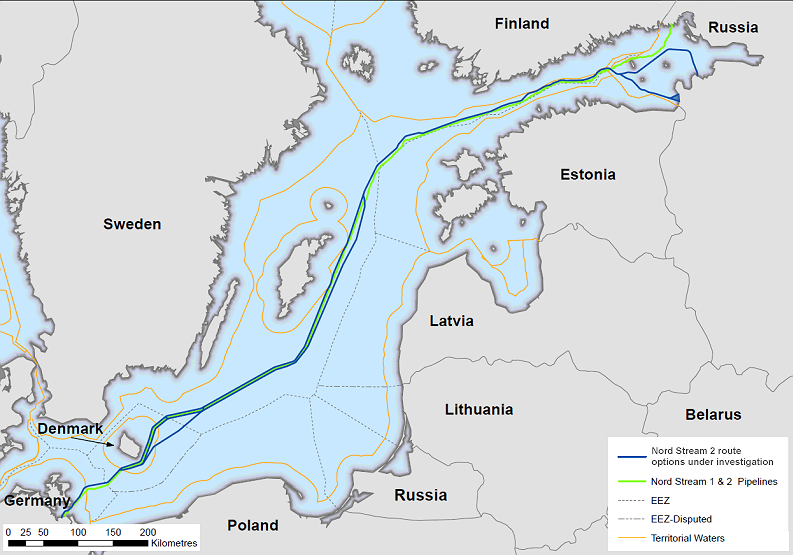 Nord Stream 2 project partners hope that the pipeline will be operational before late 2019.