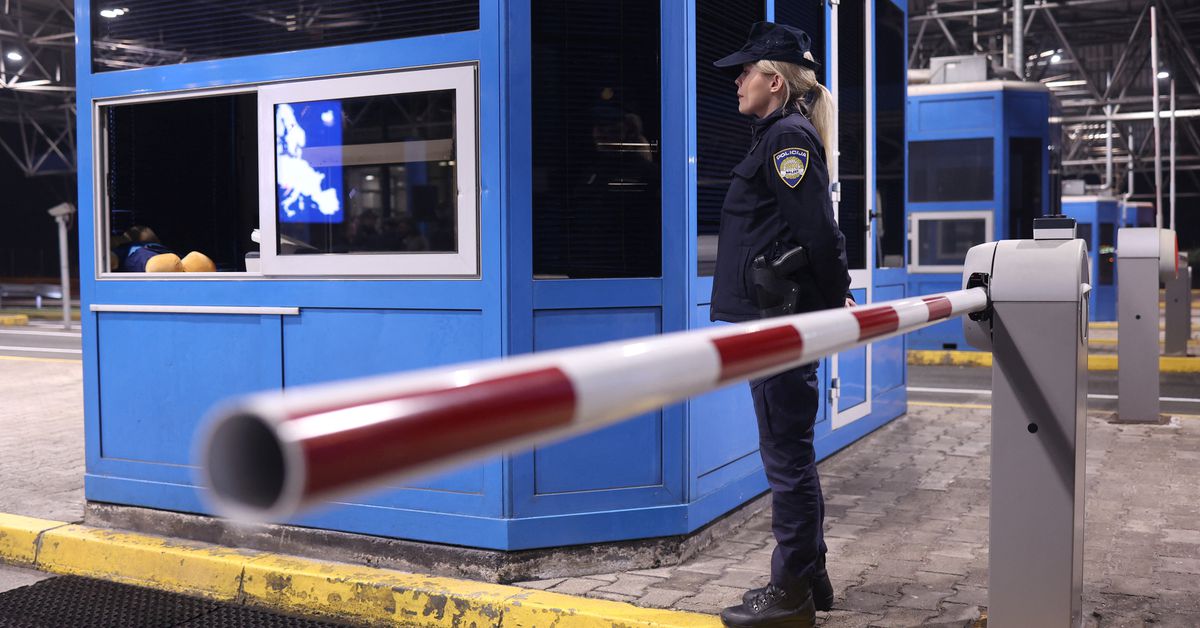 Croatia marked two significant changes in the new year. The EU's youngest member joined the EU's Schengen area without borders and the euro common currency. This fulfilled long-held ambitions to integrate with Europe.

Police removed signs from the Bregana border crossing to Slovenia at midnight. A barrier was then lifted for the final time before a placard reading "free entry" was placed, which symbolises the end of border controls.

Prime Minister Andrej Pilenkovic stated that there were historical moments and special moments that should give us great honour, as well as when we see the state achieve strategic goals -- this was such a day at the border ceremony later in the day.

Ursula von der Leyen (president of the European Commission), joined him and hailed it as "a great day to celebrate".

"Today Croatia joined the Schengen Area as well as the eurozone. These are two incredible achievements for the youngest member of the European Union, and they were both achieved on the same day. This is an historic day."

In 2013, Croatia joined the EU. Croatia is now the 27th member of the Schengen region and the 20th to adopt the euro currency.

Last month, Finance Minister Marko Primorac highlighted the benefits of the euro to lawmakers. He said it would boost the economy, increase investment and make Croatia more resilient to external shocks.