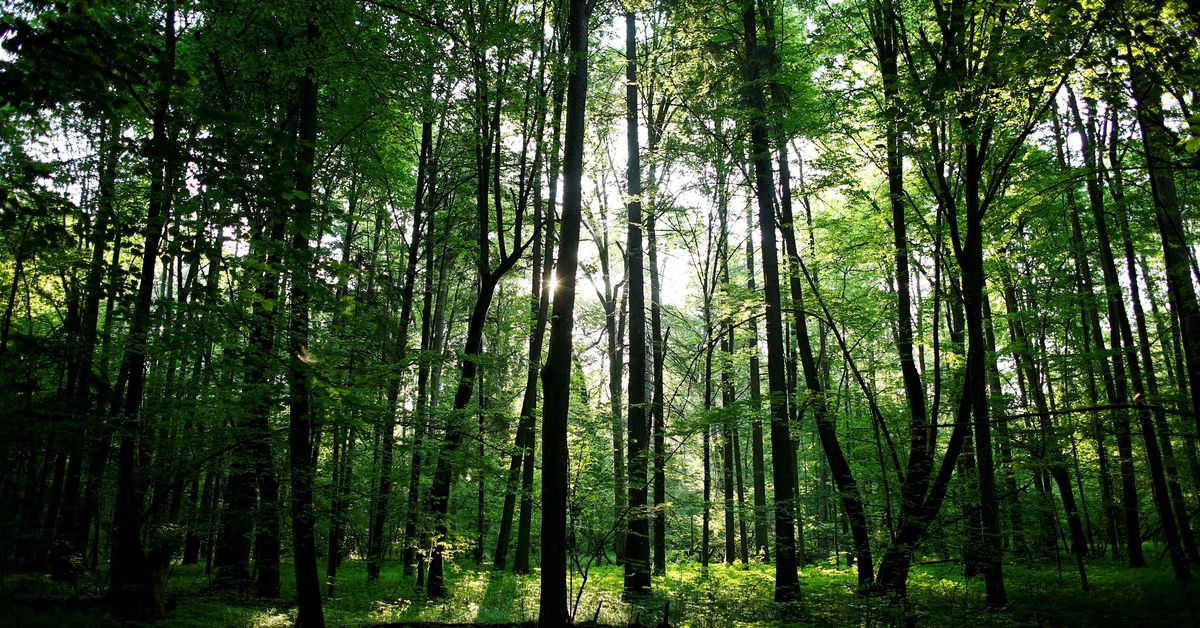 Bialowieza forest is Poland's last primeval forest. The sun shines through the trees.

Researchers believe that the border fence with Belarus, which is supposed to prevent migrants from crossing the country, is cutting through Poland's Bialowieza Forest. This is causing problems for the movement of Bialowieza lynxes, and could even lead to their extinction.

About 40 lynxes lived in the dense forest before the construction of the border wall, which was completed in June. It is a UNESCO World Heritage Site and an EU Natura 2000 area of conservation.

It is not clear how many lynxes remained on the Polish side of the barrier, but it is possible that the population will be split between the two sides. The Mammal Research Institute at Polish Academy of Sciences, which monitors forest animals, stated.

"Lynxes lived in areas along both borders, and their populations, which were located on both sides, functioned together as one population. Rafal Kowalczyk from the institute stated that dividing the forest into two distinct ecosystems will result in the separation of the animal population.

"Dividing it will clearly affect the possibility for reproduction, will affect spatial organisation of the population, migration, and gene flow, and may even result in the extinction or reintroduction of these lynxes over a longer period."

The border guard of Poland claims that the fence is not an obstruction for animals. It has 24 gates for large animals to pass through if necessary, which will allow continuous migration. They also pointed out a 1980s fence on Belarusian's side that had already affected animals' movements.

Kowalczyk stated that his research revealed that lynxes used the fence to pass through Belarus unassisted about 50-60 times per year.

After European countries accused Belarus of creating a crisis through illegal immigration, the new barrier was constructed. Minsk has rejected the allegations.