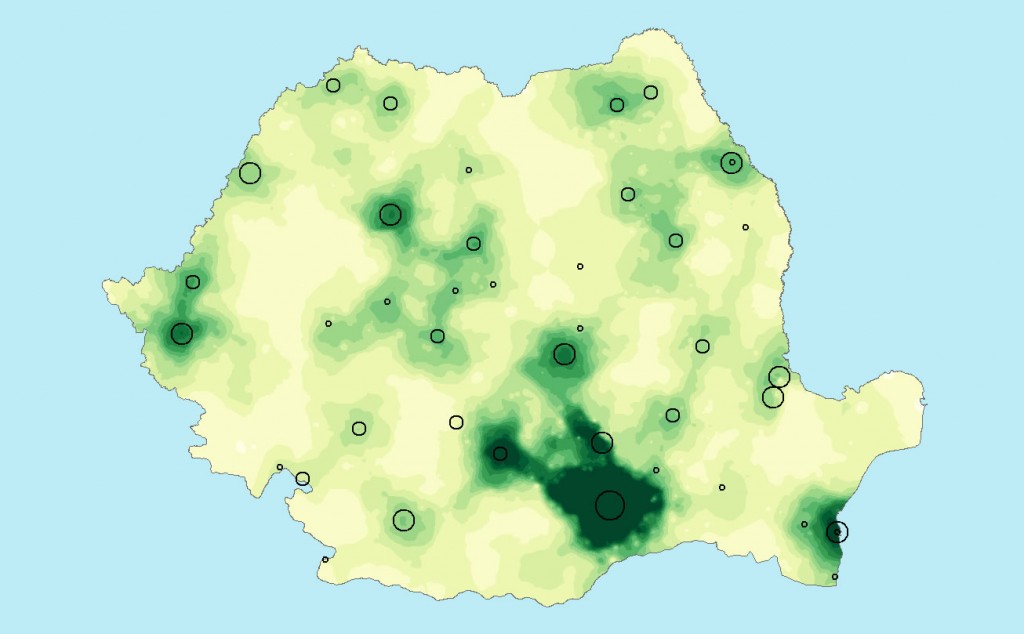 Eurostat issued a report showing that Romania, alongside other countries in Eastern Europe will face a demographic decline by 2050. The report projects that the population in this area will see an age increase of eight years, writes Cristian Gherasim.

In addition to Eurostat projected data, information provided by Romania’s Institute for Statistics shows how rapidly the population has aged over the past years.

What we will see in the next decades in Eastern Europe and some parts of Southern Europe is a gradual aging and depopulation of entire regions. Bulgaria, Slovakia, Poland and the Baltic countries will also see its populations drop at a significant alarming rate over the coming period. Together with parts of Spain, Portugal and Italy, Eastern Europe goes well above the median age increase of 4 years projected for most of the regions in EU and EFTA.

But Romania takes the top prize in terms of depopulation. Again data shows that the South-eastern European nation has more regions than any other member state that will be subjected to population decline. 36 of its 42 counties have more seniors than youngsters.

Bu why is Romania’s population dropping?

A sociologist with the University of Timisoara in western Romania explained that In the case of Romania, this phenomenon is accentuated by the massive external migration: "We can say that Romania's demographic problem is based, in addition to low birth rates and fertility, on a migration problem.”

Eastern Europe has ranked among the lowest in receiving immigrants but highest in terms of number of people living in other EU countries. Basically they take in very few people and lose many more through migration to other, usually bettered developed countries in Western Europe.

What specialists are expecting to see with an aging population is a change in the economy is taxes. An older population will not be able to sustain the required workforce. It would also mean that the governmental expenditure with pensions and health care cost would go up. So higher taxes on the active population, fewer taxes collected from the general population as pensions are usually tax exempted in Europe.

According to the World Health Organization the number of people aged 60 and older will reach 2.1 billion by 2050. And this is not just happening in Europe, but throughout the world.

What other Western European countries are doing to counter a population decline is to increase migration. Countries like Germany, Cyprus, Sweden would see a younger population by 2050 due to immigrants coming into the country. On the other hand Romania, traditionally less open to migrants are also dealing with a brain drain of youngster and qualified workers to Western Europe.

The Commission has approved an investment of €216 million from the Cohesion Fund to modernize the thermal energy transmission system of Bucharest, the capital of Romania. Cohesion and Reforms Commissioner Elisa Ferreira (pictured) commented: “This EU investment in the modernisation of a key infrastructure for the capital of Romania is a good example of a project that can achieve simultaneously the goal of improving citizens' daily lives and reaching the Green Deal and climate change targets.” The city's thermal energy transmission system is one of the largest in the world, supplying over 1.2 million people with heat and hot water. 211.94 km of pipes, which is equivalent to 105.97 km of transmission system, will be replaced to remedy the current problem of the loss of around 28% of the heat between the source and the consumer. Moreover, a new leak-detection system will be installed. The project will ensure a sustainable and affordable thermal energy transmission system increasing the energy efficiency of the network for a better quality of life of inhabitants and better air quality thanks to a substantial reduction of gas to be burnt. This will contribute to the country's goal of reducing its greenhouse gas emissions in line with the European Green Deal. More details on EU funded investments in Romania are available on the Open Data Platform.

The European Commission has approved a more than 225 million RON Romanian scheme (approx. €46m) to support the activity of cattle breeders in the context of the coronavirus outbreak. The scheme was approved under the State Aid Temporary Framework. Under the scheme, the public support will take the form of direct grants to partially address the loss of income the cattle breeders suffered due to the coronavirus outbreak. The Commission found that the Romanian scheme is in line with the conditions of the Temporary Framework. In particular, (i) the aid does not exceed €225,000 per beneficiary active in the primary agricultural sector provided by the Temporary Framework; and (ii) the scheme will run until 31 December 2021.

The Commission concluded that the measure is necessary, appropriate and proportionate to remedy a serious disturbance in the economy of a member state, in line with Article 107(3) (b) TFEU and the conditions set out in the Temporary Framework. On this basis, the Commission approved the scheme under EU state aid rules. More information on the Temporary Framework and other actions taken by the Commission to address the economic impact of the coronavirus pandemic can be found here. The non-confidential version of the decision will be made available under the case number SA.62827 in the state aid register on the Commission's competition website once any confidentiality issues have been resolved. 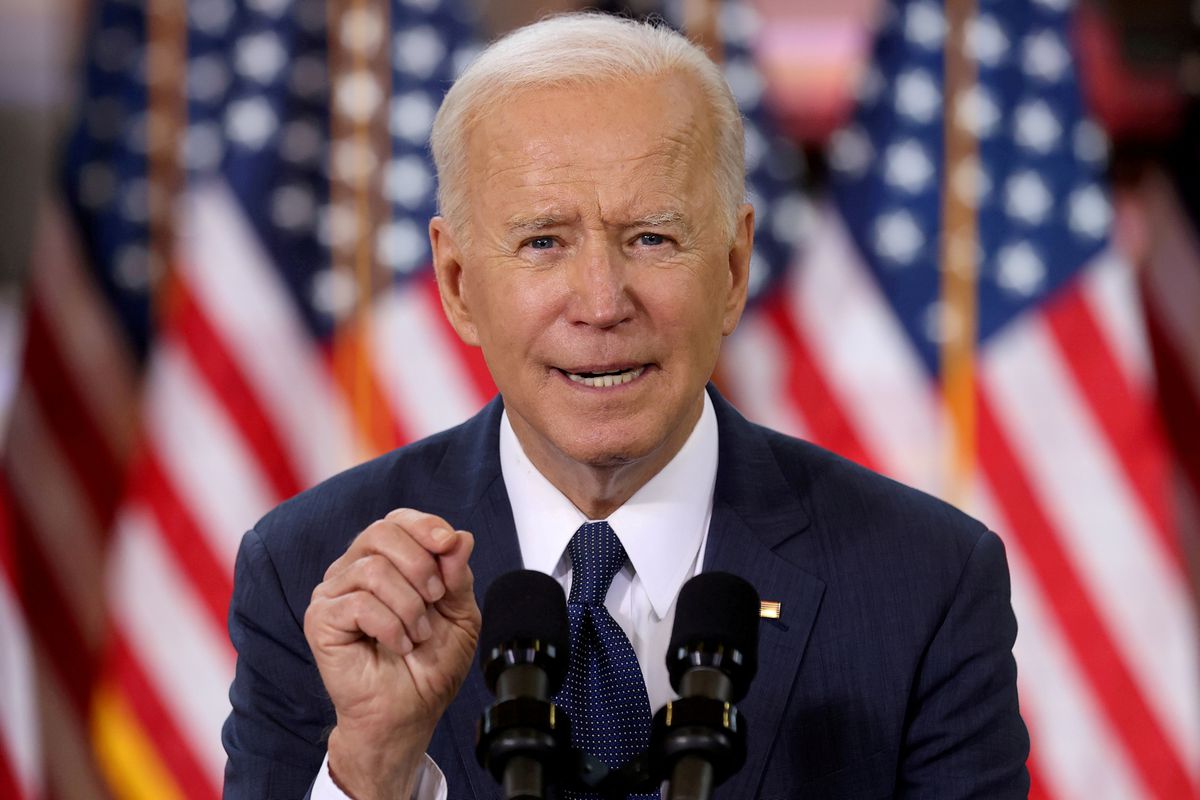 During the Bucharest B9 Summits (10 May) held this year online and hosted by Romanian president Klaus Iohannis, leaders from across the region issued a common statement condemning Russia’s acts of sabotage on NATO territory, writes Cristian Gherasim, Bucharest correspondent.

Given COVID19 restrictions, the summit took place online and was also joined by US president Joe Biden.

“We condemn Russia’s acts of sabotage on Alliance territory as evidenced in the explosions of the ammunition depot in 2014 in Vrbětice, in the Czech Republic, that constitute a grave violation of international law. In addition, we express concern over reports of a similar pattern of behaviour on the territory of Bulgaria, as evidenced by the announcement on the ongoing investigation in Sofia,” the joint declaration reads.

The B9 group is an organization founded on 4 November 2015 in Bucharest, Romania, at the initiative of the President of Romania Klaus Iohannis and the President of Poland Andrzej Duda following a bilateral meeting. Alongside Poland and Romania, Bulgaria, the Czech Republic, Estonia, Hungary, Latvia, Lithuania and Slovakia are also members of the group. The group resulted from a perceived aggressive attitude from Russia following the annexation of Crimea from Ukraine and its following intervention in eastern Ukraine both taking place in 2014. All members of the B9 were either part of the former Soviet Union (USSR) or its sphere of influence.

The summit couldn’t have come at a more difficult time for the region’s security. Last month Russia amassed tens of thousands of troops on Ukraine's borders as well as in Crimea, the biggest mobilization since Moscow seized the Ukrainian Crimean peninsula in 2014.

President Iohannis said during the summit that NATO needs to remain a force for projecting strength and deterrence throughout the region. Iohannis pointed out that there is a growing need for more NATO forces along the Eastern border especially along the Baltic line to the Black Sea.

“That's why, including during our discussion with President Biden, I advocated a bigger presence of the alliance and the United States in Romania and in the south of the eastern flank. The talks were very substantive, a fact reflected in the Joint Statement adopted at the end of this meeting," Iohannis said.

The joint statement signed by all those in attendance showed that something needs to be done to counter Russia's destabilizing actions in the region.

Ahead of the summit, the White House expressed its desire for stronger cooperation with Central, Eastern European allies, the Baltic and Black Sea regions.

Last month, the United States also pledged support for Ukraine in light of Russia’s destabilizing efforts during a phone call between US Secretary of State Antony Blinken and Ukrainian Foreign Minister Dmytro Kuleba.

US’s perceived stronger involvement in the region comes after years of Trump’s ambiguous policy towards Easter Europe and Russia’s continuous push to destabilize the region.