According to Business and economic data for 200 countries Russian innovation index in 2019 was at the level of 37,5 out of 100 – writes Ekaterina Petrova, Director of GenerationS corporate accelerator.

The Global Innovation Index capture elements of the national economy that enable innovative activities, such as: 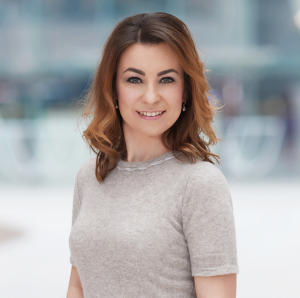 The full report, data, and documentation are available at Global innovation index. Interesting facts, but compared to the last year results for Russia the figure didnt raise but on the contrary went a down a few points. To analyse why there is such tendency and why innovation indicators are still pretty low versus other countries, we need to dig deeper.

When you mention the word “start-up” you automatically have an association with Silicon Valley or Israel - two main places where innovations are happening fast and growing the most and new technologies are blooming and inspiring the whole world. We heard many  success stories on how start-ups got their “meal ticket” and scaled their businesses. And most of this stories happened way outside of Russia

For young start-ups to find their investor or business angel, the one who will believe in them and their business, sometimes becomes a long difficult process. To search for the right one is like searching for the needle in the haystack. And as an accelerator we see how many start-ups struggle to find the support and financial help that will enable to move their business forward. And in many cases the start-ups decide to seek for such support abroad, cause the investor activity in Russia hasn't reached the western or European level yet. More than 70 GenerationS alumni (that's how we call start-ups that passed the acceleration program) successfully scaled up their business abroad. So one of the main reasons we see “brain leak” from Russia is the lack of investors for young start-ups.

Russia has many cities with so-called high innovation rate, so it's not only Moscow and Saint-Petersburg we are talking about, Novosibirsk, Tomsk, Ekaterinburg and many other regional cities have very well developed innovation ecosystem presented by techno parks, incubators, accelerators and innovation hubs. These institutions help start-ups at the early stage, mentor them and also contribute in connection with potential investors or industrial partners. Being a corporate accelerator we also try to find all possible ways to help start-ups grow their business and reach the new level.

We see how innovation approach is shifting in Russia. The programs aimed at developing innovations in certain fields such as digitalization are approved at the government level. More and more Russian companies admit that in order to move forward and be competitive they have to “make friends” with start-ups and not only develop an innovation strategy but also integrate it into the business plan, make an innovation strategy one of its key pillars. On top of that it's important to really act and implement solutions, to adopt a paradigm of really being innovative not to seem innovative. Here come corporate accelerators which help companies not only search for suitable start-ups that will improve business processes, but also bring some knowledge in innovation corporate culture. Because every innovation that is implemented within the company has to be understood at all levels - its crucial all employees know and understand the need to integrate new technologies and solutions.

In 2018 GenerationS was marked as the best corporate accelerator in Europe according to Corporate Start-up Summit 2018 and in 2019 our accelerator entered the TOP-5 of the best state accelerators in the world according to UBI Global. Such an acknowledgement at international level means a lot to us, because we are working for the result and real value for the companies as well as for the start-ups. The portfolio of our clients varies from top Russian companies to the real international giants in the field of FMCG and Industry.

I would say that when it comes to innovations and developing an innovation ecosystem in Russia making it more lets say start-up friendly and supportive, we are in the beginning of our journey. Yes, it's not as fast as in USA or Israel, but people’s mindset is changing, government's mindset is changing and corporates mindset is also changing - with all this aspects shifting into the positive direction we can say that we are moving towards really bright innovative future”. 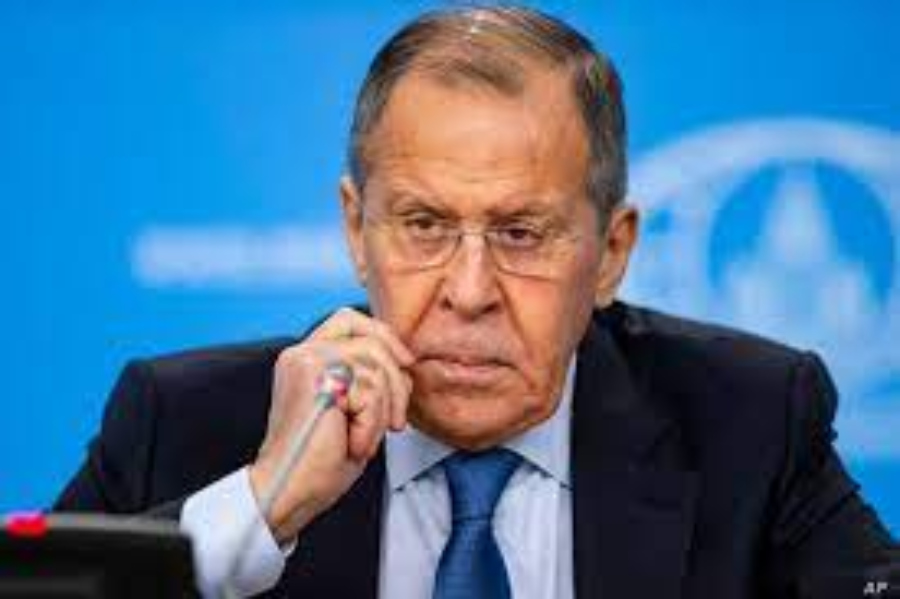 Russia’s foreign minister, Sergey Lavrov (pictured), met his Pakistani counterpart in Islamabad on Wednesday (7 April) for talks on a troubled peace process in Afghanistan, where both countries have long histories of involvement, writes Charlotte Greenfield.

It was the first time a Russian foreign minister had visited Pakistan in nine years and comes at a sensitive time for Afghanistan with peace talks making little headway and a deadline looming for the United States to withdraw its forces.

Lavrov was also due to meet Prime Minister Imran Khan, the Pakistan foreign ministry said in a statement.

In the 1980s, Pakistan and the United States were the main supporters of the Islamist fighters who battled occupying Soviet forces.

Now, Russia is concerned about Afghan instability spilling over into central Asia as the United States seeks to extricate itself from a war in Afghanistan against the Islamist Taliban, who Pakistan has for years been accused of supporting.

Russia hosted an international conference on Afghanistan in Moscow last month at which the participants, including the United States, China and Pakistan, issued a statement calling on the warring Afghan sides to reach a peace deal and curb violence.

“A common concern is the situation in Afghanistan,” Russia’s foreign ministry said in a statement on Wednesday on Lavrov’s visit to Pakistan.

“We look forward to an early finding of a constructive solution in order to end the civil war in the Islamic Republic of Afghanistan through agreements on the formation of an inclusive government with the participation of the Taliban movement.”

The United States signed an agreement with the Taliban last year allowing it to withdraw its forces in exchange for a Taliban guarantee to prevent international terrorism.

But fighting between the US-backed Afghan government and the Taliban still rages.

The United States is pushing for an interim Afghan government between the two sides as a May 1 deadline approaches for it to withdraw its forces under the pact.

President Joe Biden has said that date will be hard to meet despite Taliban threats of more violence if it is not.

Is Russia facing a third wave of COVID-19?

While Europe, especially France, Italy, Germany and Spain are increasingly being quarantined, taking into account the onset of the third and very serious wave of coronavirus disease, things in Russia, judging by official statistics, are not so bad, writes Alex Ivanov, Moscow correspondent.

In Moscow and other major cities of the country almost all severe restrictions have been lifted. Shopping centers, restaurants and cafes, theaters and cinemas are open, the streets of the cities are full of people. The only thing that the Russian authorities have not yet decided to cancel is the mask regime in places of mass gathering of people. But even this restriction seems to be nothing more than symbolic.

On average 8-9 thousand new cases of the disease are recorded per day in Russia, and the mortality rate remains low. Although the authorities admit that the past 2020 was a record year for an increase in mortality among the population. Experts and analysts partly attribute this problem to the COVID pandemic.

New cases of the disease are recorded in almost all regions of Russia. The «leaders” in the number of cases traditionally remain Moscow, the Moscow region and St. Petersburg.

Recently Deputy Minister of Health of Russia Tatyana Semenova noted that "the third wave is inevitable if a quarter of Russians do not receive the vaccine by May 2021”.

Indicators of the incidence of coronavirus in Russia show the possibility of a third wave of the pandemic, the Ministry of Health of Russia reported.

Virologist, professor of Moscow State University Alexey Agranovsky said that the next surge in the incidence may occur in the fall of 2021. He also said that he is not a supporter of the term "wave", since " the coronavirus behaves like a common acute respiratory viral disease."

The head of the Federal Medical and Biological Agency, Veronika Skvortsova, said in early March 2021 that, according to modern mathematical models, "the third wave of COVID-19 is inevitable, if we do not take into account vaccination." According to calculations, the wave should begin in May of this year, its peak will be in October 2021, she said. To avoid the third wave of coronavirus infection in Russia, it is necessary to vaccinate a quarter of the country's population by May, Skvortsova said.

On February 20, the RBC news agency, based on the results of a survey of regional operational headquarters, reported that 3.23 million people — about 2.2% of the Russian population-were vaccinated against coronavirus in all Russian regions. The leaders in the share of vaccinated residents were Moscow, as well as the Sakhalin and Magadan regions. In Sakhalin, by February 18, more than 5.1% of residents (25 thousand people) received at least one dose of the vaccine, in Moscow — 4.73%, in the Magadan region-4.2%.

The authorities have adjusted their position on the development of the epidemic and vaccination several times. In December 2020, Health Minister Mikhail Murashko said that a new phase of coronavirus in the country "probably require consideration of certain restrictions on the movement of individuals, including between regions, as well as sometimes within regions”. But after that, his assistant Alexey Kuznetsov clarified that the phrase of the Minister was taken out of context and he did not propose to introduce new restrictions.

In March 2021 Russian epidemiologists stated that repeated vaccination with Sputnik V may be excessive, since "the components of the vaccine will already be destroyed by those antibodies that can be stored in our body."

Worldwide, according to WHO, there are 127.8 million cases of the disease. According to the calculations of Johns Hopkins University, the number exceeded 128.9 million. More than 2.8 million people have died.

The United States, Brazil, India and France were the most susceptible to infection. Russia is in the fifth place on the list. Next are the United Kingdom, Italy, Turkey, Spain and Germany. 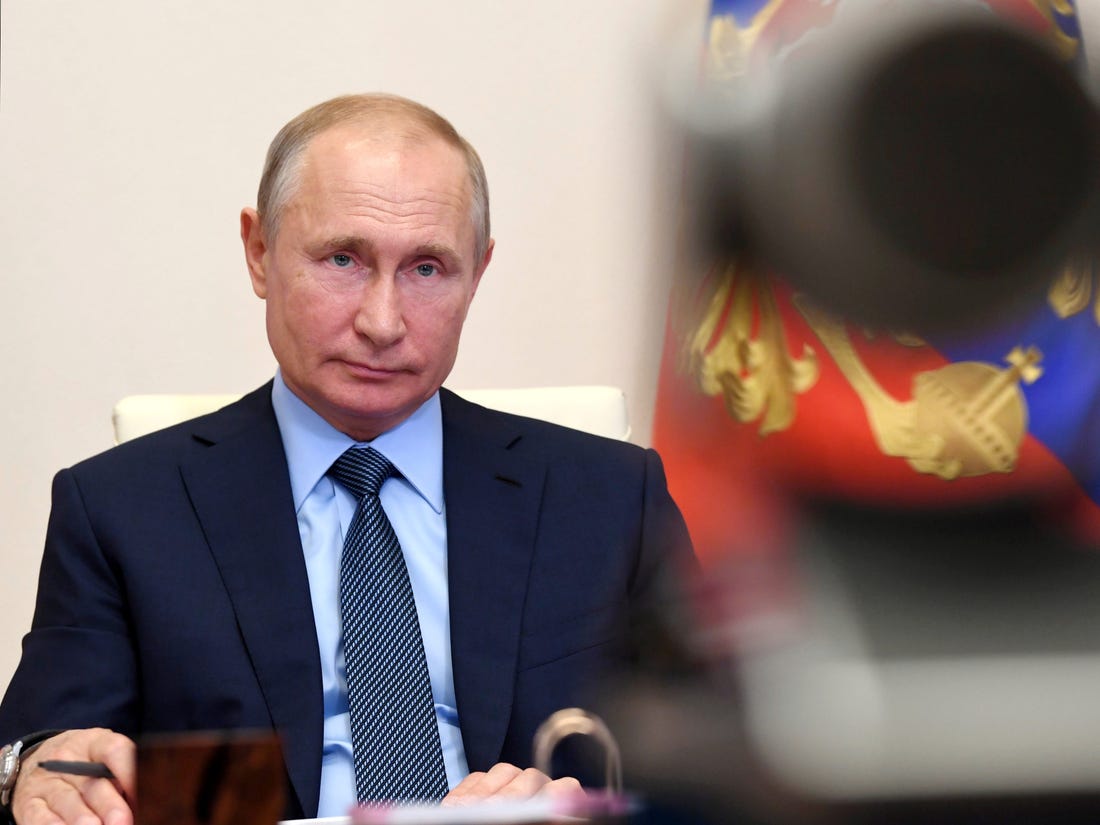 Russian President Vladimir Putin (pictured) signed a law allowing him to run for two more terms in the Kremlin once his current term ends in 2024, a document posted on a government website showed on Monday (5 April), writes Vladimir Soldatkin.

The legislation, which could pave the way for Putin to stay in power until 2036 should he choose to do so and win re-election, reflects sweeping changes to the constitution that were brought in last year.