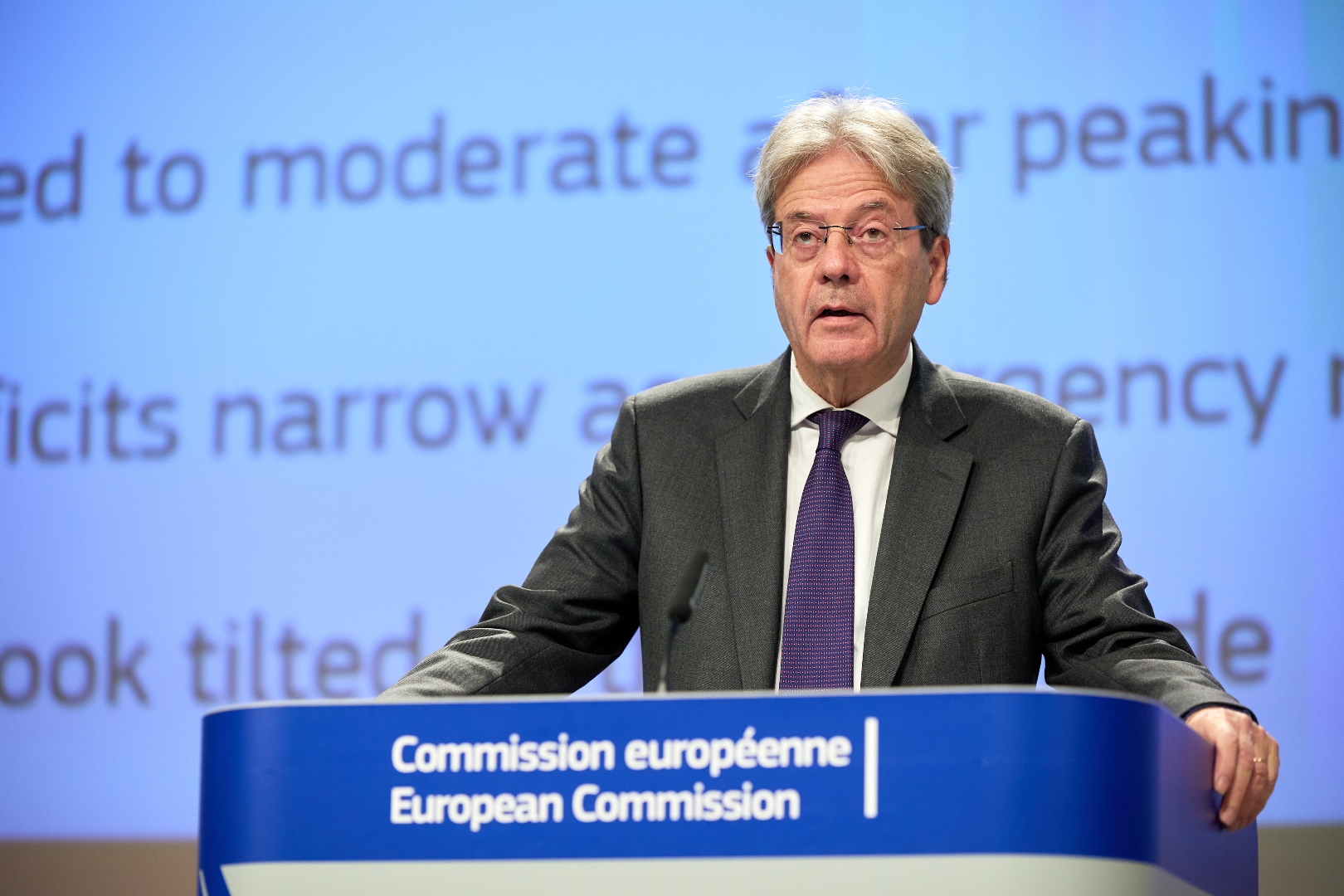 Presenting the Autumn economic forecast, Commissioner for the Economy Paolo Gentiloni said: “The European economy is moving from recovery to expansion but is now facing some headwinds.”

What Gentiloni described as the EU’s “unprecedented policy response” to the COVID-19 pandemic and the successful vaccination campaign has enabled the reopening of the economy, with an accompanying surge in growth.

There are three key threats to this positive picture: a marked increase in COVID cases, most notably in areas where vaccinations are relatively low; rising inflation, driven largely by a spike in energy prices; and supply-chain disruptions that are weighing on numerous sectors.

The EU economy is projected to achieve a growth rate of 5% in 2021, 4.3% in 2022 and  2.5% in 2023. At almost 14% in annual terms, the rate of GDP growth in the EU in the second quarter of 2021 was the highest reading on record. The EU economy regained the pre-pandemic output level in the third quarter of 2021 and moved from recovery into expansion. Domestic demand is set to continue to drive expansion.

The Commission has also found that implementation of the Recovery and Resilience Facility (RRF) is also starting to play an important role in boosting private and public investment.

EU labour markets have improved thanks to the easing of restrictions. In the second quarter of this year, the EU economy created about 1.5 million new jobs and many workers exited job retention schemes. At 6.8%, the EU unemployment rate in August stood just above the rate recorded at the end of 2019. Business surveys reveal emerging pockets of labour shortages, particularly in sectors where activity is surging most, there is some concern that this could dampen recovery. Employment is expected to surpass its pre-crisis level next year and move into expansion in 2023.

The picture is mixed across the EU. Ireland in particular is estimated is anticipated to see as much as 14.6% growth, almost half of that is due to large multinationals who are based there, but even putting this aside the domestic economy is expected to generate 7% growth.

Spain’s forecast has been revised downward for 2022 from 6.3 to 5.5%, but there is still very positive momentum.

Many people have been concerned about the recent rise in inflation, this is attributed to the strong resumption of economic activity and the surge in energy prices. Inflation in the euro area is forecast to peak at 2.4% in 2021, before declining to 2.2% in 2022 and 1.4% in 2023, as energy prices are set to gradually level out. For the EU as a whole, inflation is expected to be slightly higher.

Bulgaria and Romania are moving away from the eurozone, as Croatia gets on track for the single currency