Working in the plastic recycling industry for 20 plus years may not sound incredibly enthralling, but for Austrian inventors Klaus Feichtinger and Manfred Hackl, the industry was an opportunity to innovate, writes David Kunz.

The two began working on a basic design to recycle plastic in 1983. Hackl has been working in the plastic recycling industry for 24 years, Feichtinger for 26, but their desire was always in innovation and invention rather than environmentalism.

The machines they manufacture turn recycled plastic into small, dense pellets, which can then be used to produce other products.
The two were named as finalists for the industry award for the European Inventor Awards 2019.

On 20 June, they were announced as the winners for their Counter Current technology, beating out an automated cow milking system and a concrete mold to build more effective breakwaters. The two have been granted 37 European patents for their recycling inventions over their careers.

Feichtringer and Hackl began working together in 1983 with a basic design to recycle plastic. After being dissatisfied with the efficiency of one of their machines in 2009, they met with other inventors for a brief 15-minute meeting and found their solution - the Counter Current system.
Feichtinger said “it was a basic idea, it was a basic patent. And totally new and it was quite simple to understand.”

The Counter Current system changes the direction of the rotating tools in the chamber of the recycling machine. In turn, this increased the output and stability of plastic recycling machines. “In the beginning, everybody was joking, ‘okay, such a simple [solution], you’re crazy, this will not work properly,’” said Feichtinger.

In 2013, all plastic recycling machines produced by Erema switched over to this design. Since then, they have sold between 1,600 to 1,800 machines and produce over 14.5 million tonnes of plastic pellets annually. The original patent for the Counter Current technology was approved in 2010, but since then, they’ve added 12 more patents to their design.

Not only have they focused on more automation, but they’ve been able to add filters to clean the plastic pellets, as well as a gassing system that deodorizes the pellets prior to sending them to producers.

For the future, the group looks to increase the efficiency of their invention. This includes making their machine more autonomous. “You need very often experienced operators, but experience is expensive,” said Feichtinger. “So you have to try to bring this knowledge to the machine.”

#Huawei - Helping to make 5G the most secure standard ever

The European Commission has found certain amendments to a previously approved Austrian liquidity assistance scheme to support Austrian enterprises affected by the coronavirus outbreak to be in line with the State Aid Temporary Framework. The original scheme was approved on 8 April 2020 under case number SA.56840, and provides for temporary limited amounts of aid in the form of (i) direct grants, (ii) guarantees on loans and repayable advances, and (iii) guarantees on loans and subsidized interest rates on loans.

The aim of the original scheme was to enable enterprises affected by the coronavirus outbreak to cover their short-term liabilities, despite the current loss of revenues caused by the pandemic. Austria notified certain modifications to the original scheme, in particular: (i)micro or small enterprises can now benefit from the measure even if they were considered in difficulty on 31 December 2019, under certain conditions; and (ii)an increase of €4 billion in the total budget of the scheme, from €15bn to €19bn.

The Commission concluded that the scheme, as modified, remains necessary, appropriate and proportionate to remedy a serious disturbance in the economy of a member state, in line with Article 107(3)(b) TFEU and the conditions set out in the Temporary Framework. On this basis, the Commission approved the measure under EU state aid rules.

More information on the Temporary Framework and other actions taken by the Commission to address the economic impact of the coronavirus pandemic can be found here. The non-confidential version of the decision will be made available under the case number SA.58640 in the state aid register on the Commission's competition website once any confidentiality issues have been resolved. 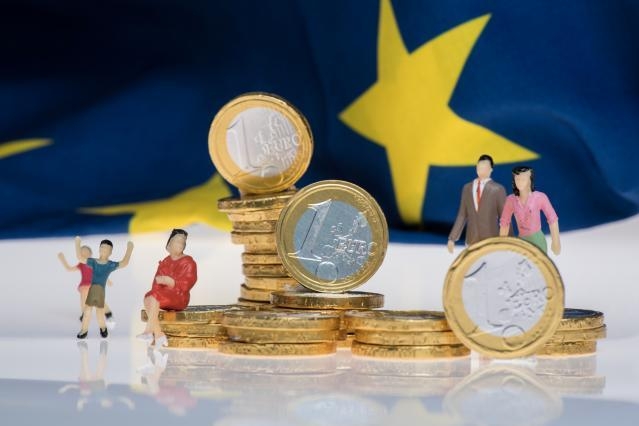 The Commission has approved a €120 million Austrian scheme to support companies in Lower Austria affected by the coronavirus outbreak. The scheme was approved under the Temporary Framework. Under the scheme, public support will be provided in  the form of direct grants, guarantees and subordinated loans with subsidized interest rates. The measure is open to companies of all sizes active in all sectors, except the financial, agriculture, fishery and aquaculture sectors.

The aim of the measure is to facilitate access to external financing by the beneficiaries and to mitigate the sudden liquidity shortages they are facing as a result of the coronavirus outbreak. The Commission found that the scheme is in line with the conditions set out in the Temporary Framework. In particular, (i) with respect to the direct grants, aid will not exceed €800 000 per company as provided by the Temporary Framework; and (ii) guarantees and subordinated loans under the measure fulfil the minimum levels for guarantee premiums and credit risk margins.

The Commission concluded that the measure is necessary, appropriate and proportionate to remedy a serious disturbance in the economy of a member state and to fight the health crisis, in line with Article 107(3)(b) TFEU and with the conditions set out in the Temporary Framework. On this basis, the Commission has approved the measure under EU state aid rules. More information on the Temporary Framework and other actions taken by the Commission to address the economic impact of the coronavirus pandemic can be found here.

The non-confidential version of the decision will be made available under the case number SA.58360 in the state aid public case register on the Commission's competition website once any confidentiality issues have been resolved.

#InvestmentPlan supports one of largest wind farms in Austria

The European Investment Bank (EIB) and UniCredit Austria are investing €107.4 million to support the financing of one of Austria's largest wind farms. The entire wind farm will have a capacity of 143 MW and provide around 90,000 households with electricity produced from renewable sources. The project is expected to reach completion at the end of 2021.

The financing is supported by the European Fund for Strategic Investments, the main pillar of the Investment Plan for Europe. Economy Commissioner Paolo Gentiloni said: “Today the European Union confirms its commitment to supporting renewable energy in Austria and to helping the country to meet its decarbonization targets. This financing under the Investment Plan for Europe will lead to the construction of a 143 megawatt wind farm, which will bring clean energy to around 90,000 households in the state of Burgenland. Through projects like this, we will reach the goals of the European Green Deal and achieve climate neutrality by 2050”.

The projects and agreements approved for financing under the Investment Plan so far have mobilized around €524 billion in investment, of which around €84bn for energy-related projects. The press release is available here.