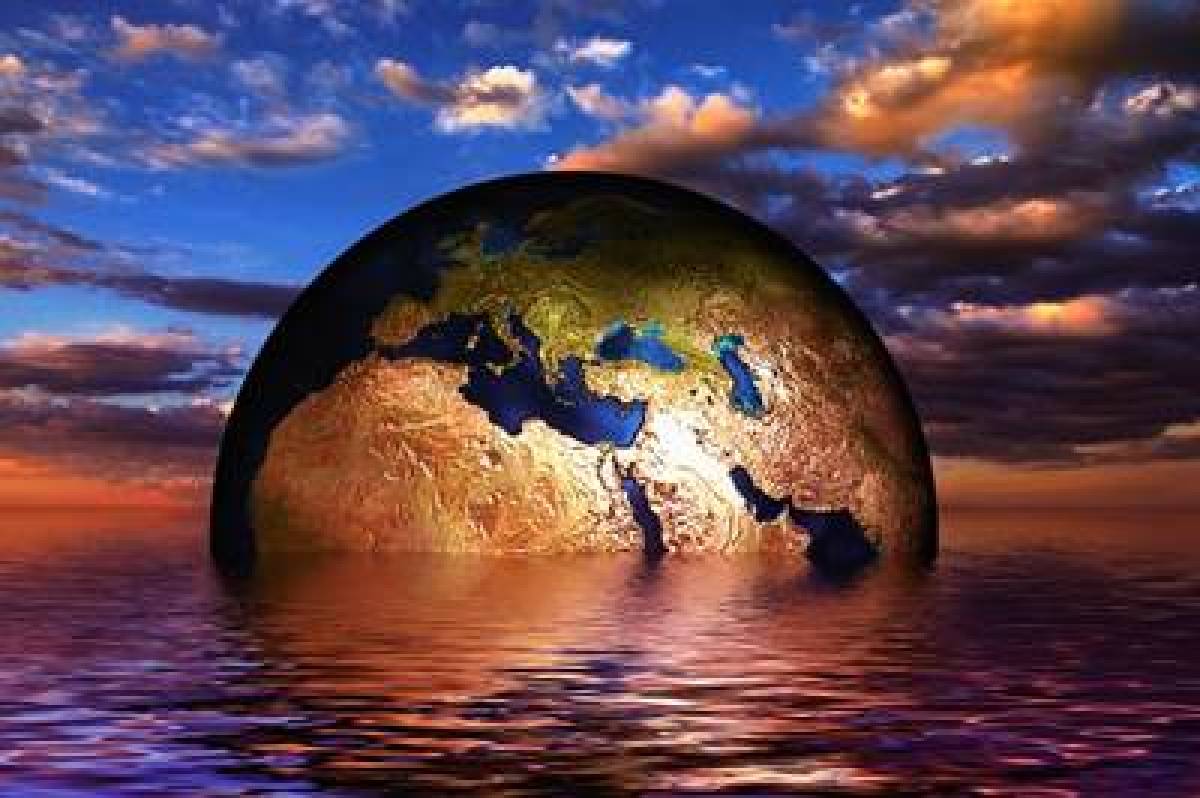 Most agree that urgent action needs to be taken to tackle the growing crisis caused by climate change. That is why leaders from 196 countries are meeting in Glasgow in November for a major climate conference, called COP26. But adaptation to climate change also comes at a price, writes Nikolay Barekov, journalist and former MEP.

There are four COP26 goals, the third of which is under the heading of “mobilising finance.”

A COP26 spokesman told this website, “To deliver on our goals, developed countries must make good on their promise to mobilise at least $100bn in climate finance per year by 2020. “

That means, he said, that international financial institutions must play their part, adding, “we need work towards unleashing the trillions in private and public sector finance required to secure global net zero.”

To achieve our climate goals, every company, every financial firm, every bank, insurer and investor will need to change, says the COP26 spokesman.

“Countries need to manage the increasing impacts of climate change on their citizens’ lives and they need the funding to do it.”

The scale and speed of the changes needed will require all forms of finance, including public finance for the development of infrastructure we need to transition to a greener and more climate-resilient economy, and private finance to fund technology and innovation, and to help turn the billions of public money into trillions of total climate investment.

Climate analysts warn that, if present trends continue, the cost of global warming will come with a price tag of almost $1.9 trillion annually, or 1.8 percent of U.S. GDP per year by 2100.

EUReporter has looked at what four EU nations, Bulgaria, Romania, Greece and Turkey are currently doing – and still need to do - to meet the cost of tackling climate change, in other words meeting the objectives of goal number three of COP26.

In the case of Bulgaria, it says it needs €33 billion to start meeting the main goals of the EU Green Deal over the next 10 years. Bulgaria could be among those most affected by the decarbonization of the EU economy. It accounts for 7% of the coal used in the EU and 8% of the jobs in the EU’s coal sector. Around 8,800 people work in coal mining in Bulgaria, while those indirectly affected are estimated at over 94,000, with social costs at about €600 million per year.

Elsewhere, it has been estimated the more than €3 billion is needed in Bulgaria just to meet the minimum requirements of the EU’s Urban Waste Water Treatment Directive.

For it to complete the Green Deal, Bulgaria will have to spend 5% of the country’s GDP each year.

Moving to Romania, the outlook is just as serious.

According to a report published in February 2020 by Sandbag EU, Romania could almost be said to be set for success in the EU’s race to a net-zero economy by 2050. Due to several changes in the structure of the economy following the post 1990 transition, Romania has seen massive drops in emissions, being the fourth EU Member State to reduce its emissions the fastest against 1990 , although it is not on a predictable and sustainable trajectory to net zero by 2050 yet.

However, the report says that Romania is the country in South East European or Central East European with some of the “best enabling  conditions” for the energy transition: a diverse energy mix of which almost 50% of it is already greenhouse gas emissions free, the largest onshore wind farm in the EU and huge RES potential.

Report authors Suzana Carp and Raphael Hanoteaux add “Yet, Romania continues to be one of the lignite intensive countries in the EU, and despite its lower share of coal in the mix than the rest of region, the required investment for its energy transition are not to be underestimated.”

This, they say, means that on the European scale, Romanians still pay more than their European counterparts for the costs of this carbon intensive energy system.

The country’s  Minister for Energy has estimated the cost of transitioning the power sector by 2030 to be some €15-30bn and Romania, the report goes on to point out, still has the second lowest GDP in the Union and therefore the actual needs of investment for the energy transition are extremely high.

Looking to the future, the report suggests that one way of meeting the cost of decarbonisation up to 2030 in Romania could be  through “a smart utilisation” of ETS (emission trading scheme) revenues.

One EU country already seriously impacted by climate change is  Greece which is expected to incur even more adverse effects in the future. Acknowledging this fact, the Bank of Greece has been one of the first central banks worldwide to actively engage in the issue of climate change and invest significantly in climate research.

It says climate change appears to be a major threat, as the impact on almost all sectors of the national economy “is expected to be adverse.”

Recognising the importance of economic policymaking, the Bank has released “The Economics of Climate Change”, which provides a comprehensive, state-of-the-art review of the economics of climate change.

Yannis Stournaras, governor of the Bank of Greece, notes that Athens was the first city in Greece to develop an integrated Climate Action Plan for both mitigation and adaptation, following the example of other megacities around the world.

Michael Berkowitz, president of The Rockefeller Foundation’s '100 Resilient Cities' said the Athens Plan is an important step in the city’s “journey to build resilience in the face of the myriad challenges of the 21st Century”.

“Climate adaptation is a crucial part of urban resilience, and we’re excited to see this impressive step by the city and our partners. We look forward to working collaboratively to realize the goals of this plan.”

Another country badly hit by global warming this year is Turkey and Erdogan Bayraktar, Minister of Environment and Urbanization, warns Turkey will be one of the most impacted Mediterranean countries not least because it is an agriculture country and its water resources are rapidly diminishing.”

As tourism is important for its income, he says “it is an obligation for us to attach the required importance on adaptation studies”.

According to climate experts, Turkey has been suffering from global warming since the 1970s but, since 1994, the average, highest day temperatures, even the highest night temperatures skyrocketed.

But its efforts to tackle the issues is seen as currently blighted by conﬂicting authorities in land use planning, conflicts between laws, the sustainability of ecosystems and insurance regimes that do not reflect suﬃciently climate change risks.

The Plan cautions that “In Turkey, in order to adapt to the eﬀects of the climate change, cost-beneﬁt accountings regarding adaptation at national, regional or sectoral level are not conducted yet.”

In recent years, a number of projects which aim at adaption to climate change have been supported by the United Nations and its subsidiaries so as to provide technical assistance and Turkey shares in the Clean Technology Fund25.

But the Plan says that, currently, funds allocated for scientiﬁc research and R&D activities in climate change adaptation activities “are not suﬃcient”.

It says: “There hasn’t been research for conducting climate change impact analyses of the climate dependent sectors (agriculture, industry, tourism etc.) and determination of adaptation costs.

“It is of great importance to build information on the cost and ﬁnancing of climate chance adaption and to evaluate the road map concerning these issues more comprehensively.”

Turkey is of the view that funds for adaptation should be provided on the basis of certain criteria, including vulnerability to the adverse effects of climate change.

The generation of “new, adequate, predictable and sustainable” financial resources should be based on the principles of “equity” and “common but differentiated responsibilities”.

Turkey has also called for an international, multi-optional insurance mechanism to compensate for losses and damages that arise from climate induced extreme events such as droughts, floods, frost and landslides.

So, with the clock ticking fast in the run up to the global event in Scotland, it is clear each of these four countries still have work to do to tackle the huge costs involved in combating global warming.

Nikolay Barekov is a political journalist and TV presenter, former CEO of TV7 Bulgaria and a former MEP for Bulgaria and former deputy chairman of the ECR group in the European Parliament.