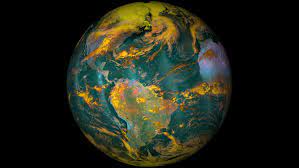 More than five years have passed since the adoption of the Paris Agreement, and there are only a few weeks to go until COP26. - the 26th UN climate change conference - which will take place in Glasgow from 1-12 November this year.  So here is a timely recap of the main aims of COP26 - writes Nikolay Barekov, journalist and former MEP.

The summit seeks to place attention on the wellbeing of the planet and of people – meaning cutting fossil fuels, reducing air pollution and improving health worldwide. There will be a focus on phasing out coal worldwide and stopping deforestation.

The climate, of course, is already changing and it will continue to change even as nations reduce emissions, sometimes with devastating effects.

The 2nd COP26 adaptation goal seeks to encourage countries affected by climate change to: protect and restore ecosystems; build defences, warning systems and resilient infrastructure and agriculture to avoid loss of homes, livelihoods and even lives

The brownfield versus greenfield question is, many believe, one that cannot be ignored if species' decline is to be prevented.

I have looked at the efforts being made, and still to be made, in four EU countries, Bulgaria, Romania, Greece and Turkey.

In Bulgaria, the Centre for the Study of Democracy says that the fastest and most cost-effective way to reach full decarbonisation of the Bulgarian economy will be to transform the electricity supply mix. This, it adds, will require the immediate (or fastest possible) shutdown of lignite thermal power plants and the “unlocking of the country's huge renewable energy potential.”

A spokesman said, “The following 3 to 7 years will be of crucial importance for the realisation of these opportunities and delivering the green economic transition in Bulgaria while simultaneously improving the well-being and quality of life of Bulgarian citizens.”

In late June, the Council of the European Union gave the green light to the first European climate law, following the adoption of the legislation by the European Parliament a few days earlier. The law is designed to reduce greenhouse emissions by 55 per cent (compared to 1990 levels) by 2030 and reach climate neutrality in the next 30 years.  26 member states voted in favour of it at the Council of the EU. The only exception was Bulgaria.

Maria Simeonova, from the European Council on Foreign Relations, said, “Bulgaria’s abstention on the European climate law not only isolates the country within the EU once again but also reveals two familiar shortfalls in Bulgarian diplomacy.”

Turning to Romania, the country’s Ministry of Foreign Affairs said the central European nation has “joined the fight against climate change and supports the implementation of the priorities in the field at regional, international and global level.”

It goes on to say that Romania “is not moving into the right direction” when it comes to a reduction of greenhouse gas emissions and energy use.”

A summer of record-setting heat in southern Europe has set off devastating wildfires that have torn through forests, homes and destroyed vital infrastructure from Turkey to Greece.

The Mediterranean region is vulnerable to climate change particularly due to its sensitivity to drought and rising temperatures. Climate projections for the Mediterranean suggest that the region will become warmer and drier with more frequent and extreme weather events.

According to the average burnt area per fire, Greece has the most severe forest fire problems among the European Union countries.

Greece, like most EU countries, says it supports a carbon neutrality objective for 2050 and Greece's climate mitigation targets are largely shaped by EU targets and legislation. Under EU effort sharing, Greece is expected to reduce non-EU ETS emissions by 4% by 2020 and by 16% by 2030, compared to 2005 levels.

Greece can point to improvements to energy efficiency and vehicle fuel economy, increases in wind and solar power, biofuels from organic waste, setting a price on carbon - and protecting forests.

The blazing forest fires and record heat waves witnessed across the eastern Mediterranean this year have highlighted the region’s vulnerability to the effects of global warming.

They have also been raising pressure on Turkey to change its climate policies.

Turkey is one of only six nations  — including Iran, Iraq and Libya — that have yet to ratify the 2015 Paris climate agreement, which signals a nation’s commitment to reduce carbon emissions.

However, Turkey, which has set a 21% emissions reduction target by 2030,  has made significant progress in areas such as clean energy, energy efficiency, zero-waste and afforestation. The Turkish government has also pursued a number of pilot programmes seeking to improve climate adaptation and resiliency.

The leader of the United Nation's COP 26 conference in Glasgow at the end of the year has warned that failure to act now on climate change will result in "catastrophic" consequences for the world.

"I don't think there's any other word for it," warns Alok Sharma, the British minister in charge of COP26.

His warning to all participants in the conference, including Bulgaria, Romania, Greece and Turkey comes amid ever rising concern about climate change.

Emissions continued to rise in the last decade and, as a result, the earth is now about 1.1°C warmer than it was in the late warmest on record.

Nikolay Barekov is political journalist and presenter, former CEO of TV7 Bulgaria and a former MEP for Bulgaria and former deputy chairman of the ECR group in the European Parliament.