The Commission has adopted three new initiatives that are necessary for making the European Green Deal a reality. The Commission is proposing new rules to curb EU-driven deforestation, as well as new rules to facilitate intra-EU waste shipments to promote circular economy and tackle the export of illegal waste and waste challenges to third countries. The Commission also presents a new Soil strategy to have all European soils restored, resilient, and adequately protected by 2050. With today's proposals, the Commission is presenting the tools to move to a circular economy, protect nature, and raise environmental standards in the European Union and in the world.

European Green Deal Executive Vice President Frans Timmermans said: “To succeed in the global fight against the climate and biodiversity crises we must take the responsibility to act at home as well as abroad. Our deforestation regulation answers citizens' calls to minimise the European contribution to deforestation and promote sustainable consumption. Our new rules to govern waste shipments will boost the circular economy and ensure that waste exports do not harm the environment or human health elsewhere. And our soil strategy will allow soil to get healthy, be used sustainably and receive the legal protection it needs.”

Environment, Oceans and Fisheries Commissioner Virginijus Sinkevičius said: “If we expect more ambitious climate and environmental policies from partners, we should stop exporting pollution and supporting deforestation ourselves. The deforestation and waste shipment regulations we are putting on the table are the most ambitious legislative attempts to tackle these issues worldwide ever. With these proposals, we are taking our responsibility and walking the talk by lowering our global impact on pollution and biodiversity loss. We also put forward a ground-breaking EU soil strategy with a strong policy agenda that sets out to grant them the same level of protection as water, marine environment and air.”

The Commission proposes a new Regulation to curb EU-driven deforestation and forest degradation. Just counting from 1990 to 2020 the world has lost lost 420 million hectares of forest – an area larger than the European Union. The proposed new rules would guarantee that the products that EU citizens buy, use and consume on the EU market do not contribute to global deforestation and forest degradation. The main driver of these processes is agricultural expansion linked to the commodities soy, beef, palm oil, wood, cocoa and coffee, and some of their derived products.

The Regulation sets mandatory due diligence rules for companies which want to place these commodities on the EU market with the aim to ensure that only deforestation-free and legal products are allowed on the EU market. The Commission will use a benchmarking system to assess countries and their level of risk of deforestation and forest degradation driven by the commodities in the scope of the regulation.

The Commission will step up dialogue with other big consumer countries and engage multilaterally to join efforts. By promoting the consumption of ‘deforestation-free' products and reducing the EU's impact on global deforestation and forest degradation, the new rules are expected to reduce greenhouse gas emissions and biodiversity loss. Finally, tackling deforestation and forest degradation will have positive impacts on local communities, including the most vulnerable people like indigenous peoples, who rely heavily on forest ecosystems.

Under the revised Regulation on waste shipments, the Commission delivers on the circular economy and zero pollution ambitions by proposing stronger rules on waste exports, a more efficient system for the circulation of waste as a resource and determined action against waste trafficking. Waste exports to non-OECD countries will be restricted and only allowed if third countries are willing to receive certain wastes and are able to manage them sustainably. Waste shipments to OECD countries will be monitored and can be suspended if they generate serious environmental problems in the country of destination. Under the proposal, all EU companies that export waste outside the EU should ensure that the facilities receiving their waste are subject to an independent audit showing that they manage this waste in an environmentally sound manner.

Within the EU, the Commission is proposing to simplify the established procedures considerably, facilitating waste to re-enter the circular economy, without lowering the necessary level of control. This helps to reduce the EU's dependence on primary raw materials and supports innovation and the decarbonisation of EU industry to meet the EU's climate objectives. The new rules are also bringing waste shipments to the digital era by introducing electronic exchange of documentation.

The Regulation on waste shipments further strengthens action against waste trafficking, one of the most serious forms of environmental crime as illegal shipments potentially comprise up to 30% of waste shipments worth €9.5 billion annually. Improving the efficiency and effectiveness of the enforcement regime includes setting up an EU Waste Shipment Enforcement Group, empowering the European Anti-Fraud Office OLAF to support transnational investigations by EU Member States on waste trafficking, and providing stronger rules on administrative penalties.

Finally, the Commission has also presented a new EU Soil Strategy - an important deliverable of the European Green Deal and the EU Biodiversity Strategy for 2030 for tackling the climate and biodiversity crises. Healthy soils are the foundation for 95% of the food we eat, they host more than 25% of the biodiversity in the world, and are the largest terrestrial carbon pool on the planet. Yet, 70% of soils in the EU are not in a good condition. The Strategy sets a framework with concrete measures for the protection, restoration and sustainable use of soils and proposes a set of voluntary and legally binding measures. This strategy aims to increase the soil carbon in agricultural land, combat desertification, restore degraded land and soil, and ensure that by 2050, all soil ecosystems are in a healthy condition.

The Strategy calls for ensuring the same level of protection to soil that exists for water, the marine environment and air in the EU. This will be done through a proposal by 2023 for a new Soil Health Law, following an impact assessment and broad consultation of stakeholders and Member States. The Strategy also mobilises the necessary societal engagement and financial resources, shared knowledge, and promotes sustainable soil management practices and monitoring, supporting the EU ambition for global action on soil.

Question and Answers on New rules for deforestation-free products

Proposal for a revised Regulation on waste shipments

Question and Answers on Soil Strategy

The latest EU agri-food trade figures published show that trade continues to increase steadily, with exports increasing by 7% compared to the first eight months of 2020. The total value of EU agri-food trade (exports plus imports) for January-August 2021 reached a value of €210.5 billion, reflecting a 5.1% increase on the same period last year. Exports rose by 7% to €127.5bn, while imports grew by 2.3% to €85bn, giving a total agri-food trade surplus of €44bn for the first eight months of the year. This is an increase of 17% compared to the corresponding period in 2020. Positive figures were reported in exports to the United States, which grew by €2bn or 15%, largely driven by strong performances from wine, and spirit and liqueurs.

Additionally, exports to China rose by €812 million, while increases in values were also reported in exports to Switzerland (up €531m), South Korea (up €464m), Norway (up €393m) and Israel (up €288m). Exports to the United Kingdom during this period (€116 million) were nearly at the same value as they were last year. Exports to a number of countries declined compared the same period in 2020. The largest decline was seen in exports to Saudi Arabia, which fell by €399m or 16%. Other notable decreases were reported in exports to Hong Kong (down €103 million) and Kuwait (down €101m). Regarding specific product categories, the first eight months of 2021 saw major increases in the export values of wine (up €2.5bn) and spirits and liqueurs (up €1.3bn), representing increases of 31% and 32% respectively. Decreases were reported for exports of wheat (down €892m) and infant food (down €736m). The most notable increases in the value of imports were seen in oilcakes (up €1.1bn), soya beans (up €1.1bn), fatty acids and waxes (up €500m), palm and kernel oil (up €479m), and cocoa beans (up €291m).

The highest decreases in import values, on the other hand, were seen in tropical fruit, nuts and spices (down €669m), fruit juices (down €194m), citrus fruits (down €159m), raw tobacco (down €158m), and rice (down €140m). More information is available here and on EU agri-food trade here. 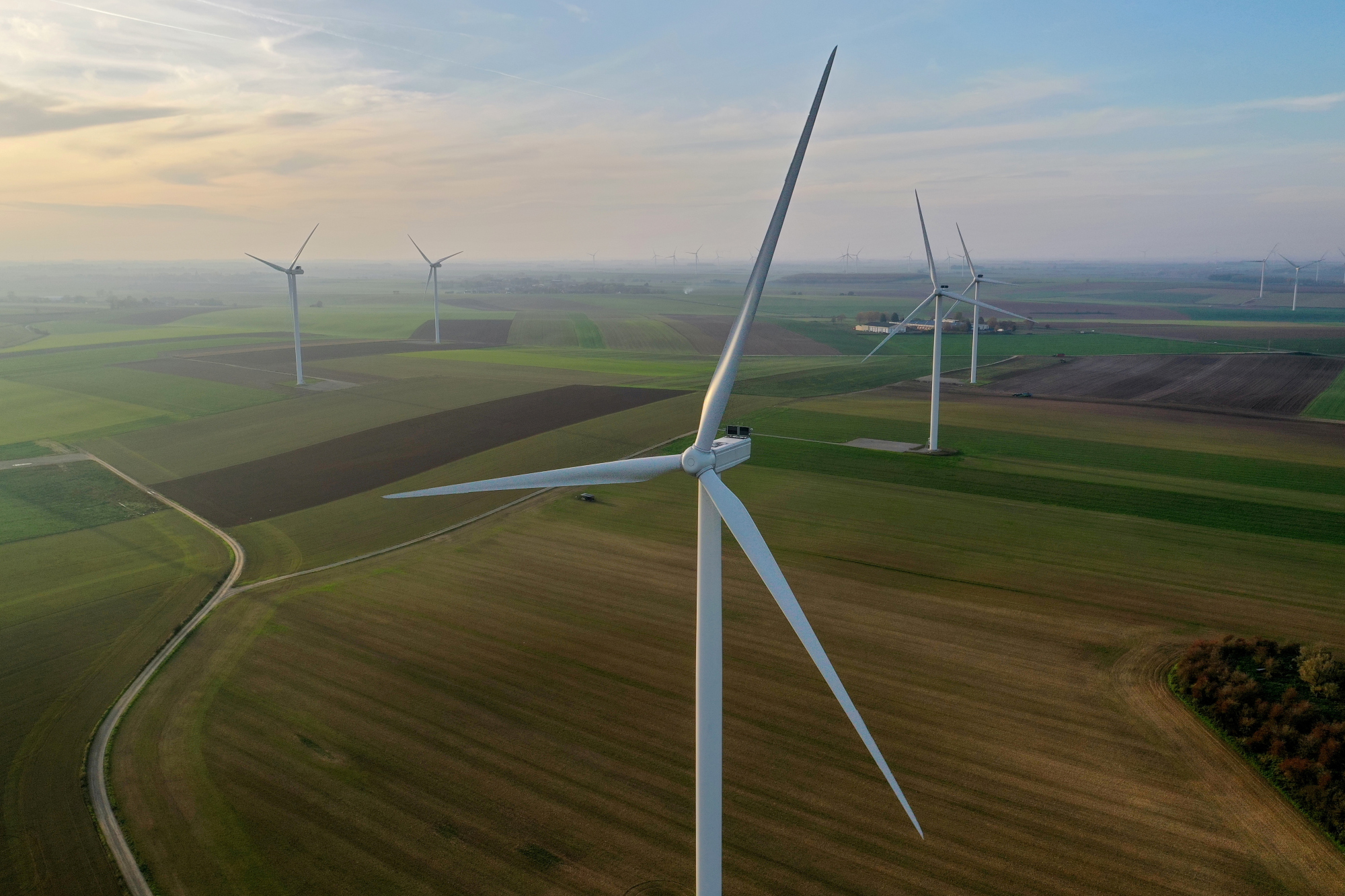 Lawmakers who helped broker a deal with governments on reforms to the European Union's huge farming subsidy programme urged the European Parliament to give it the final green light on Tuesday (23 November), writes Ingrid Melander, Reuters.

The deal reached in June ended an almost three-year struggle over the future of the EU's Common Agricultural Policy, and accounts for about one third of the bloc's 2021-2027 budget -- spending about €387 billion ($436bn) on farmers and support for rural development.

The new CAP rules, which would apply from 2023, aim to shift money from intensive farming practices to protecting nature, and reduce the 10% of EU greenhouse gases emitted by agriculture.

The reforms have a good chance of being approved by the European Parliament later on Tuesday. But environmental groups and some lawmakers say they do not align farming with EU goals to fight climate change and that many of the measures planned to encourage farmers to shift to environmentally friendly methods are weak or voluntary.

Addressing criticism of the reforms, he said compromises were needed.

The executive European Commission's agriculture chief, Janusz Wojciechowski, said the reforms would "foster a sustainable and competitive agricultural sector that can support the livelihood of farmers and provide healthy and sustainable food for society while delivering significantly more in terms of environment and climate."

The reforms would require 20% of payments to farmers from 2023-2024 being spent on "eco-schemes", rising to 25% of payments in 2025-2027. At least 10% of CAP funds would go to smaller farms and all farmers' payments would be tied to complying with environmental rules.

The deal also creates a €450 million crisis fund in case agricultural markets are disrupted by an emergency such as a pandemic.