During my trip to the capital of Ukraine - Kyiv, I was horrified to see the transport collapse on the streets of the largest country in Europe. The frightful traffic jams connected with the snowstorms in the middle of November are not the first case of a complete failure of this megapolise infrastructure to meet its needs. This situation was already taking place in the middle of summer when roads and underground passages were completely flooded with rainwater.

My Ukrainian friends told me that back in February 2018, one of the important transport bridges in Kyiv simply collapsed, which paralyzed the movement on it. As a result, the local authorities instead of a complete reconstruction, simply supported the bridge with the pillars. It looks extremely creepy... 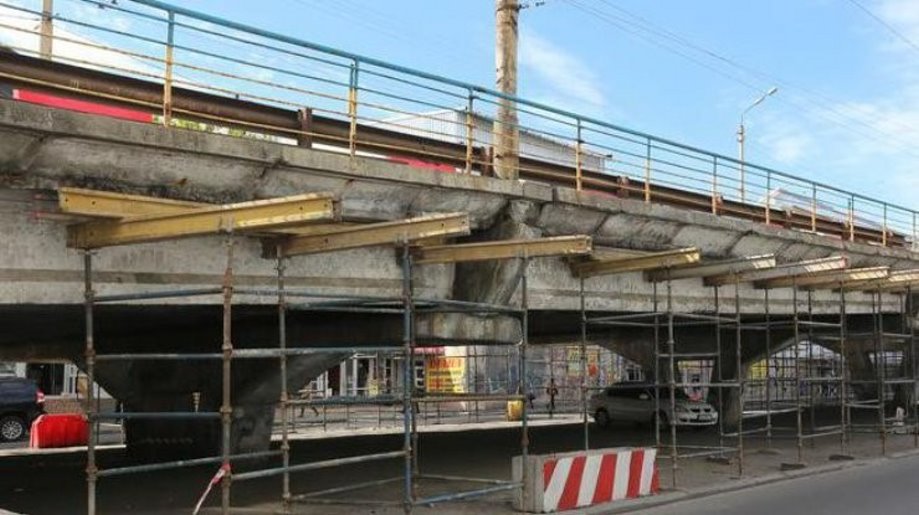 After the revolution of 2014, the Ukrainian authorities clearly identified the course towards the European integration. European politicians supported the aspiration of Ukrainians to change their country's reforms and provided macro-financial assistance to the new Ukrainian government. The new program of cooperation envisages the issuance of 1 billion euros of credit funds to Ukraine. However, the conditions for their receipt are easy - money is issued for a long term (15 years!) At a minimum rate, EURIBOR + 0,2%, that is, in fact, almost for free.

The draft EU budget for 2021-2027 envisages an increase in expenditures on foreign policy. Costs will increase up to 123 billion Euros. The funds will be spent on assistance to the states of the "Immediate neighborhood with the EU", including Ukraine. 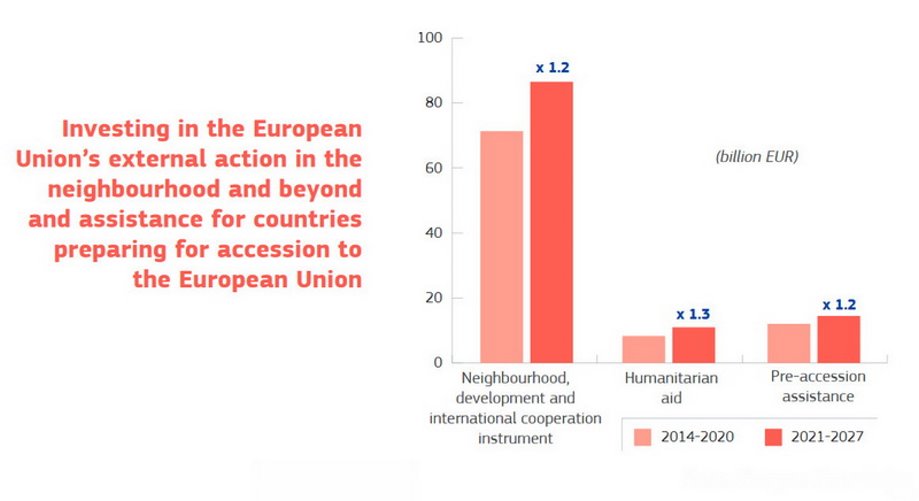 Ukraine, according to the "Corruption Perception Index" in 2017 scored 30 points out of 100 possible and ranked 130 place among 180 countries. It appears to be the most corrupt country in Europe. There is a logical question: in whose pockets will the money deposited by the EU to Ukraine transmite, including that is for its infrastructure projects?

Kyiv is the capital of Ukraine with a population of about 4 million people. The mayor of Kyiv is the former world-famous boxer - Vitali Klitschko, who, according to rumors, has been abandoned the presidential ambitions in 2014, in exchange for support at the municipal elections running for the post the of Kyiv mayor.

According to the well-known journalist Yuri Butusov, Vitali Klitschko does not possess the real power in Kyiv, but performs only a representative functions. The person, who is a city manager in charge is, in fact, Vadim Stolar. He indicates exactly what and when Klitschko is to do something. Most of Stolar's interest lays in financial sphere. Klitschko does not worry about the problems of transport collapse, as long as it is impossible to earn and receive financial or political capital. It means that the only trigger that can force him to do something is either the order of Stolar, or certain scandals and pressure from the side of the community.

Vadim Stolar is an interesting character. He is attributed to the scam with the construction company Elita-Center, as a result of which hundreds of people were left without housing. In the early 2000s, mass housing construction began in Ukraine. Elita-Center was among the most famous projects, which raised money of about one and a half thousand people for a total of nearly $ 75 million. And then - disappeared. Vadim Stolar was accussed of this crime, but he denied his involvement in the scheme. At court he was ... a witness. All the blame was knocked on his partner Alexander Shakhov-Volkonsky, and he alone was punished for this wheeling-and-dealing. It was said that Stolar helped to avoid the punishment of patrons in the leadership of law enforcement agencies of Ukraine.

The Ukrainian portal Voice of Ukraine published an article that Vadim Stolar was planning the next scam with a building called Kyiv Smart City. The project was launched in 2015 and was aimed at implementing IT solutions for improving urban infrastructure. After analyzing the cost of "smart city", journalists came to the conclusion that hundreds of millions of hryvnia were spent just nowhere. For example, a normal practice for European cities - an electronic ticket that has never been implemented since then, cost Kyiv citizens something around 500 million UAH. The article, for unknown reasons, was removed from the website of the resource.

In addition, Stolar stands behind the scandalous construction of the Dnipro-river bank, one of the main ‘arteria’ of the country which divides the capital of Ukraine, and Ukraine itself, into two parts. Due to the violation of the water and land legislation of Ukraine, Vadym Stolar almost completed the residential complex "Solar River" at the banks of the Dnipro-river. The ‘ceremonial’ Kyiv mayor - Klitschko promised to freeze construction, but before long of the election, the construction was restored. However, such a large-scale project would not have been completed without any significant levers of influence imposed towards the metropolitan mayor's office from Stolar’s side. Scandalous construction plans is to become operative by the end of the year, despite all the public protests.

In his portfolio, the metropolitan financial ‘wheeler-dealer’ also has his own bank scams on which he has managed to earn 13.3 million euros, and, according to some other insiders, 55 million euros. It happened as a result of fraud with Converse Bank. This money was actually stoled from a foreign investor. The scheme was the one, as follows: the partners of the owner of the bank of Russia, Volodymyr Antonov - on behalf of the shareholders of the bank, integrated Vadim Stolar into the whole bank managing system. They were not only shareholders, but also top managers of the bank. This way, everything in the bank was taken under control. They brought out huge sums of money, and the bank itself was rewritten on the wicked people. Then they started demanding 17 million euros from Volodymyr Anotonov to be returned to the bank. Antonov did not pay and the bank management was given up to Vadim Stolar.

When in Ukraine, as a result of the economic crisis, a massive bankruptcy hit the trails, and Vadim Stolar also came out on top in this situation. According to Alexander Dubinsky, a well-known journalist in Ukraine, Stolar was directly related to the "fall" of Khreschatyk Bank. Before the closure, Stolar took a high-interest loan for unsold apartments there. The mortgage rate was estimated at 3,5 thousand dollars with the fact that the real price is 1-1,2 thousand dollars.

Meanwhile, another business plan unfolded, the investigation of which in 2015 was conducted by journalists of the Ukrainian anti-corruption program Our Money. According to this investigation, in 2011 the company "Imat-old" sold 10 thousand tons of fuel to the State Reserve of Ukraine. Overpayment, in comparison with market prices, was estimated at the level of almost UAH 20 million. And after three years, it became evident, that the fuel was harmfull for use. The only competitor of "Imat-old" at the auction was presented by the "Legendas-M" firm. Both companies were fictitious, the owner of the second of them was the trustee of the already well-known to us, Vadim Stolar. And one of the guarantors of the company-winner in obtaining loans turned out Stolar to be himself!

In the same year another firm - VKP LLC "SKB" - sold fuel to the state reserve for the sum of UAH 42 million. Three years later, it turned out to be inadequate. And in this case, it was founded that the guarantor of LLC in obtaining loans was Stolar.

Stolar, depending on political features, changed political affiliation repeatedly, but in any situation in the country did remain close to power. By "friendship" with the current mayor, Stolar was in the close surroundings of the former mayor of Kyiv Leonid Chernovetsky. Stolar was close friends with Chernovetsky's son, who in 2016 was detained in Spain for money laundering.

Journalists of the “Scheme” program recorded Kyiv Mayor Vitali Klitschko flying a private plane to Naples accompanied by Vadim Stolar. After the release of this story on the editor-in-chief of the authoritative program, Natalia Sedletska, pressure on the part of law enforcement agencies began after that fact. Only the intervention of the European Court of Human Rights stopped the actions of law enforcement agencies, which prevented sources of anticorruption investigations by a journalist and editorial staff of the “Scheme” from possible disclosure.

Stolar, apparently, seized the legal and "shadow" flows of finance, which went to the city's improvement, housing construction and infrastructure. With such an administrative resource, it is not difficult for Stolar to receive land for his own construction projects, which helped him take a leading position among Kyiv developers. 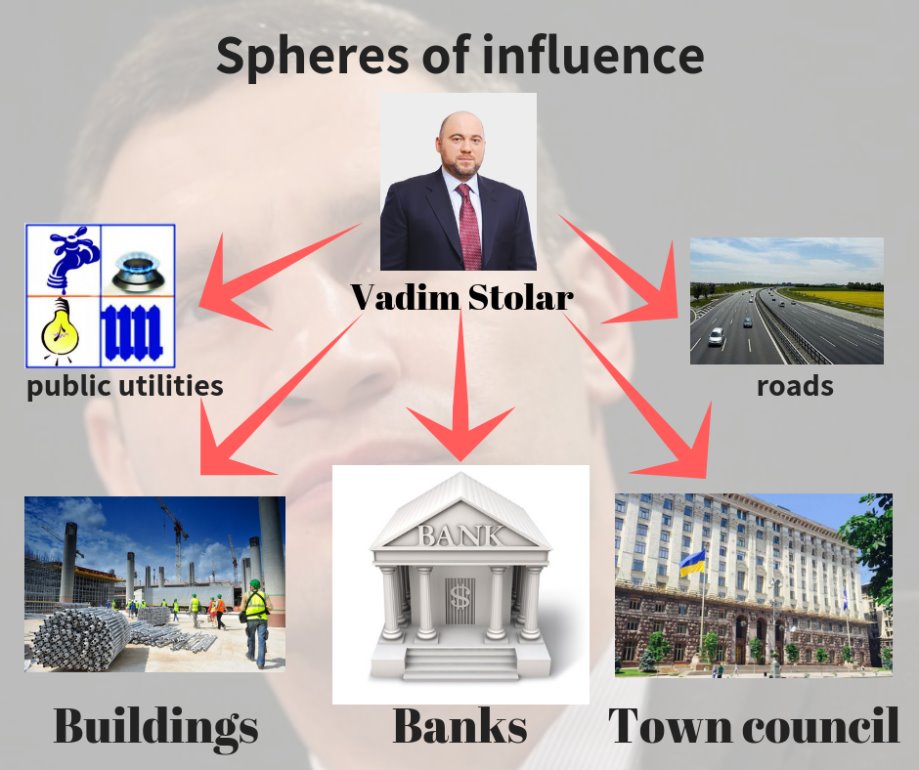 According to recent reports, Vadym Stolar plans to build 10 new shopping centers in 10 districts of Kiev. It is unclear, how the metropolitan infrastructure will withstand such kund of new transport loads. 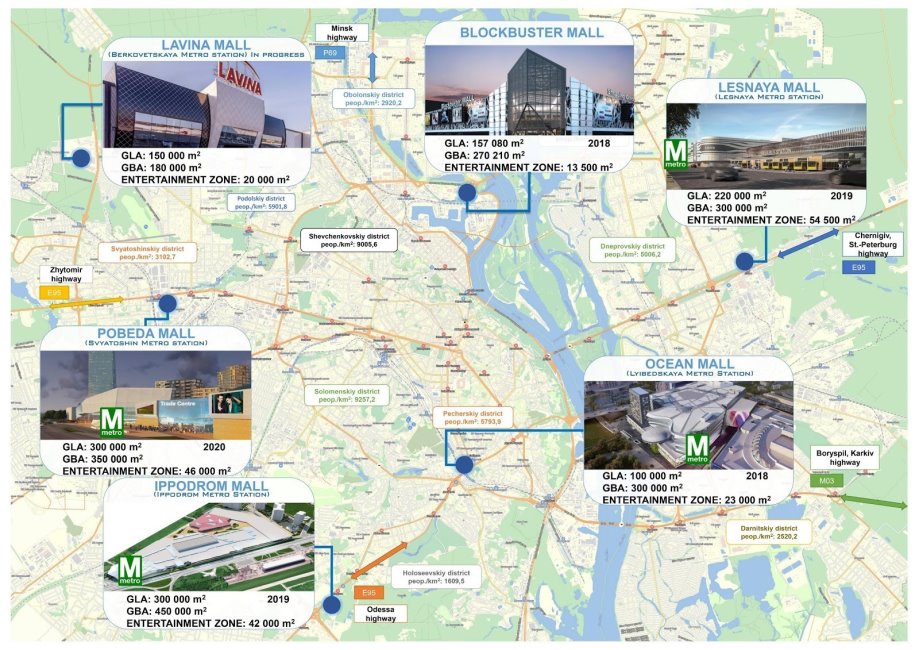 The “Gray Cardinal” of the Metropolitan's City Hall since 2015 has had an impact on all decisions taken by the Kyiv City Hall. Some people are engaged in the allocation of land, others - by simulating a stormy activity on construction sites, third - by rollovers and by drawing on the part of allocated finance. And the fourth - by the cover of vigorous activity in the prosecutor's office and law enforcement agencies.

Some people are engaged in the allocation of land, other people are simulating a stormy activity on construction sites, drawing on the part of allocated finance, and covering of vigorous activity in the prosecutor's office and law enforcement agencies. 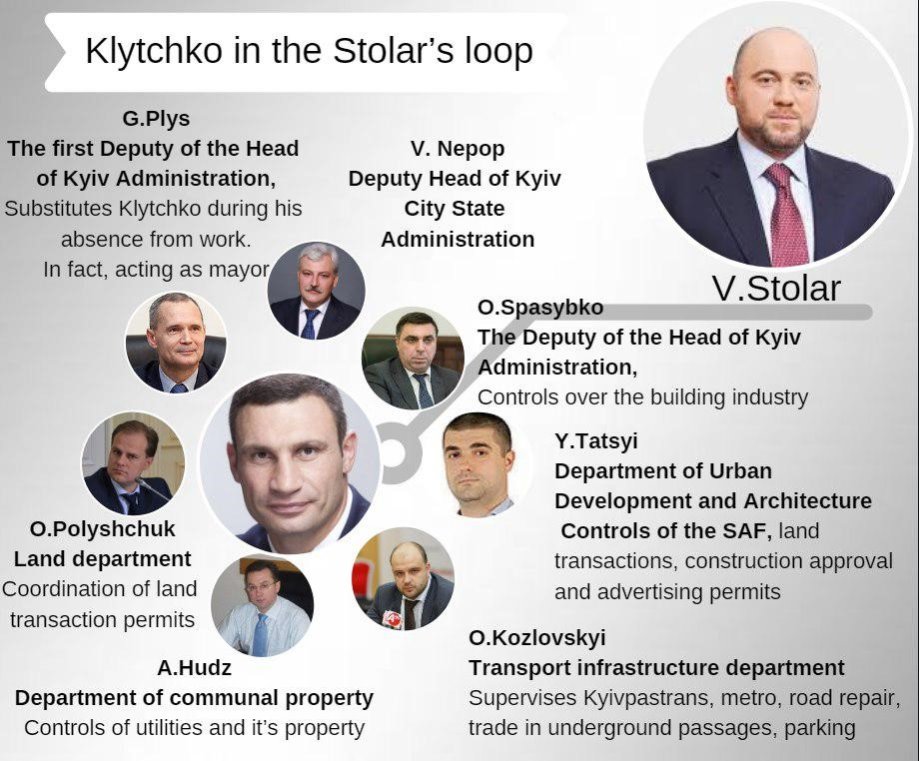 A similar union of vested interests such as political elites, business elites, law enforcement officers and state authorities in the Italian language is commonly called simply - "mafia". And this mafia is being fed at the expense of European investments in Ukraine. Kyiv does not reach the level of the smart cities of neighboring Western powers. Under the current control system, when the authorities are actually in the hands of criminal bosses, positive developments in this direction should not be expected.