Today (4 February – World Cancer Day) – the European Commission will launch an EU-wide public consultation on Europe's Beating Cancer Plan, at an event which will be opened by Commission President Ursula von der Leyen (pictured) and convened by Health and Food Safety Commissioner Stella Kyriakides, in the European Parliament.

The event, ‘Europe's Beating Cancer Plan: Let's strive for more' will bring together a range of stakeholders, from political leaders to health professionals and NGOs, to collect a broad range of views on the outline of Europe's Beating Cancer Plan and help to identify the areas and the scope of future action. While the EU has a long history of fighting cancer, there are still many challenges ahead.

Every year, 1.3 million people die from cancer and 3.5 million new cases are diagnosed in the European Union. Ahead of the event, Commissioner Kyriakides said: “Tomorrow we will start our consultation on Europe's Beating Cancer Plan. The success of this plan will depend on the engagement of a wide range of actors. I hope that everyone will participate fully in this process and share their invaluable expertise, experience and insight. We need everyone to contribute and ensure that our Plan is ambitious and far-reaching and has a concrete impact on the lives of our citizens.”

Additional speakers include Promoting Our European Way of Life Vice President Margaritis Schinas, European Parliament First Vice President Mairead McGuiness, and co-chairs of the MEPs Against Cancer Interest Group, Véronique Trillet-Lenoir and Loucas Fourlas. More details on the event can be found here. The launch event will be broadcast live on EbS. 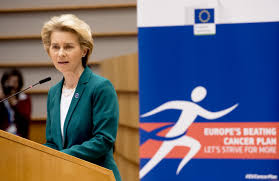 Europe’s Beating Cancer Plan will form a core part of Health Commissioner Stella Kyriakiades’ term in office. A pan-European strategy to combat cancer is long overdue and we welcome Commissioner Kyriakiades’ initiative in tackling what is the second leading cause of death in Europe, write Dr Delon Human and Dr Anders Milton.

On 10 September, the Commission held a town hall on the Beating Cancer Plan. Unfortunately, this town hall did not fill us with hope - it seems that the Commission may be about to miss out on the chance of a lifetime and fail to sufficiently tackle preventable cancers in Europe.

Not only did the town hall fail to pay heed to the most obvious preventable cause of cancer in smoking, it seemed to disregard the opinion of EU citizens. Of the submissions to the Plan’s public consultation, nearly 20% supported the adoption of harm reduction plans for alcohol and tobacco. One in every six recommended policies which encourage the use of reduced risk nicotine products by smokers, such as e-cigarettes.

As stated at the launch of the consultation by the Commission, 3.5 million people in the EU are diagnosed with cancer annually, and 1.3 million die from it, yet over 40% of cancer cases are preventable.

The WHO estimates that one in every two smokers will develop a tobacco-related disease with 700,000 Europeans dying from smoking every year. 90% of lung cancers alone can be prevented by eliminating tobacco use in Europe.

What is often forgotten, however, is that smokers consume cigarettes for nicotine but get cancer from the tobacco, tar and thousands of other additives in cigarettes. Nicotine itself is not a carcinogen. This raises the question; what if there was a way to offer smokers the nicotine they desire while removing carcinogens?

Tobacco harm reduction presents the clear and obvious answer to this question. The use of alternative, potentially reduced risk products, like e-cigarettes, could eliminate smoking induced cancer in Europe within a generation.

A study of the results of the 2014 Eurobarometer survey by several European academics emphasised this point. The study found that the vast majority of EU citizens consuming e-cigarettes on a regular basis were former smokers or smokers attempting to quit.

Countries like Sweden have shown a way forward for Europe to reduce tobacco-induced cancers through the adoption of science-based approaches to reduce smoking prevalence and smoking-related deaths. Sweden offers tobacco alternatives like snus and this has helped them to achieve the lowest tobacco-related mortality rate of all EU countries relative to its population size.

In an attempt to mitigate the devastating effects of the pandemic, which has so far taken the lives of almost 200,000 Europeans, EU institutions and member state governments immediately turned to science and evidence to inform policy. Lockdowns, social distancing and working from home have all become normalised as part of the effort to overcome COVID-19.

This sense of pragmatism and efficiency must be mirrored by the Commission’s Beating Cancer Plan.

Harm reduction policy, particularly tobacco harm reduction, has extraordinary potential to reduce avoidable smoking induced cancers. It can save the lives of countless Europeans. We are calling on the Commission to recognize this potential, to hear the voices of European citizens, and leave no stone unturned in the fight to beat cancer.

Delon Human M.B.Ch.B., M.Prax.Med, MFGP, DCH, MBA is a French citizen and physician qualified in family medicine and child health, with an MBA from the Edinburgh Business School. He has acted as adviser to WHO Director-Generals and UN Secretary-General Ban Ki Moon. Formerly, he was secretary-general of the World Medical Association (WMA), the global representative body for physicians and thereafter Secretary General of the International Food and Beverage Alliance (IFBA).
Anders Milton B.Sc., M.D., Ph.D. is the president of ERNA, a member of the government appointed Catastrophe Commission and a consultant within the health care sector. He has previously been both CEO and secretary general of the Swedish Medical Association, chairman of the Council of the World Medical Association, chairman of the Swedish Red Cross and chairman of the Swedish Confederation of Professional Associations (SACO), as well as government appointed co-ordinator of psychiatric services in Sweden.
Continue Reading

#EuropeanParliament lit up in gold to support children fighting cancer 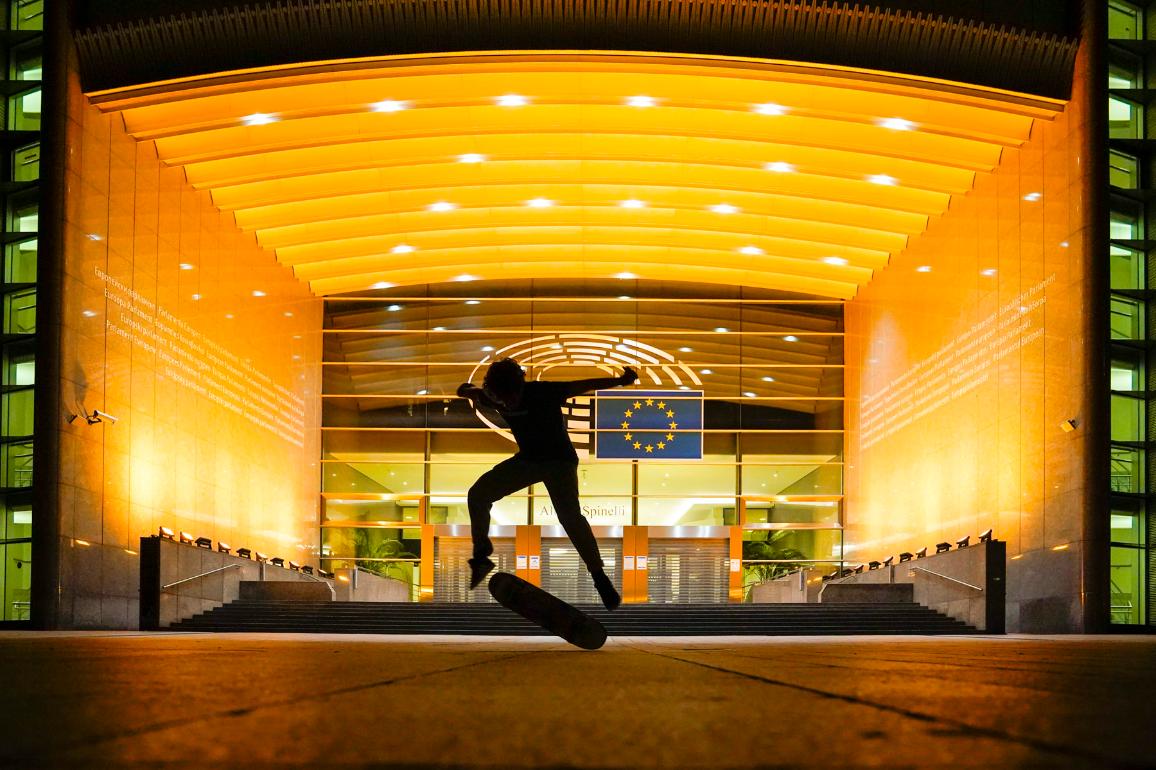 Parliament has joined the global Gold September campaign to raise awareness about childhood cancer by lighting up its Brussels building in gold on 1-6 September. Every year, more than 35,000  children are diagnosed with cancer in Europe. Although the average survival rate at five years is 80%, there are significant differences between European countries due to unequal access to the best care and expertise.

Leukaemia appears to be the most frequent and most lethal cancer in children, accounting for more than 30% of new cases and deaths per year.

Fighting cancer is a priority for the EU. In June, the European Parliament set up a special committee to look at how the EU can take concrete measures to help beat cancer.

The special committee on beating cancer will evaluate:

Polish EPP member Ewa Kopacz, who is the Parliament coordinator on children's rights, said: "While we should strive for the prevention of paediatric cancer, we must also work to ensure that all children facing a cancer diagnosis have equal access to treatment and proper care throughout their treatment and recovery."

The Parliament Vice-President, who is a former paediatrician and health minister, added: "By lightning the European Parliament in gold we send a strong signal of solidarity and support to children and adolescents fighting cancer, their families, childhood cancer survivors and professionals serving them. "

Read more about what the EU does to improve public health.

The European Commission invites comments from all interested parties on commitments offered by Aspen to address the Commission's concerns over excessive pricing. Aspen proposes to reduce its prices in Europe for six critical cancer medicines by 73% on average. In addition, Aspen proposes to ensure the continued supply of these off-patent medicines for a significant period. Following a formal investigation opened on 15 May 2017, the Commission has serious concerns that Aspen has been abusing its dominant position in numerous national markets by charging excessive prices for critical off-patent cancer medicines. Aspen's practices concern a number of cancer medicines mainly used in the treatment of leukaemia and other haematological cancers. Aspen's behaviour may be in breach of the EU's antitrust rules.

Executive Vice President Margrethe Vestager, in charge of competition policy, said: “Pharmaceutical companies often bring innovative medicines to the market and they should be rewarded for that. However, they sometimes also use their dominant position to increase prices of old but critical medicines by several hundred percent without any real justification. The Commission has concerns that Aspen's conduct in this case amounts to excessive pricing by a dominant firm, which is prohibited by EU competition rules. To remove these concerns Aspen proposes to radically reduce its prices and to guarantee the supply of six critical cancer medicines. We now reach out to the stakeholders to hear their views on whether the commitments adequately address our concerns and benefit patients and health budgets across Europe.”

The full press release and Questions and Answers are available online.