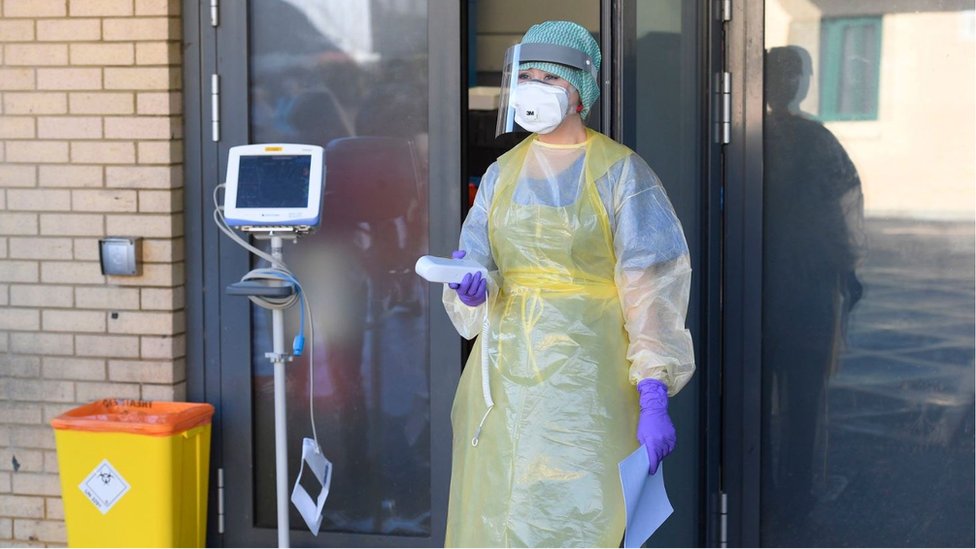 The European Commission has approved a €7 million Irish scheme to support commercial venues, promoters, and producers of live performances in the context of the coronavirus outbreak. The measure was approved under the State Aid Temporary Framework. The public support will take the form of direct grants of €10,000 minimum or €800,000 maximum per beneficiary. The grants aim to support employment opportunities in the culture sector.

In particular, they will allow commercial organizers of live performances to start preparing productions and for productions to go ahead in the near future while complying with public health protection measures. The purpose of the measure is to mitigate the sudden liquidity shortages that these companies are facing due to the restrictive measures that the Irish government had to impose to limit the spread of the virus and to ensure continuity of their economic activity.

The Commission found that the Irish measure is in line with the conditions set out in the Temporary Framework. In particular, the support (i) will not exceed €800,000 per company; and (ii) will be granted no later than 30 June 2021. On this basis, the Commission approved the measure under EU state aid rules. More information on the Temporary Framework and other actions taken by the Commission to address the economic impact of the coronavirus pandemic can be found here. The non-confidential version of the decision will be made available under the case number SA.58562 in the state aid register on the Commission's competition website once any confidentiality issues have been resolved.

Universal Children's Day: Joint Statement by the European Commission and the High Representative of the Union for Foreign Affairs and Security Policy 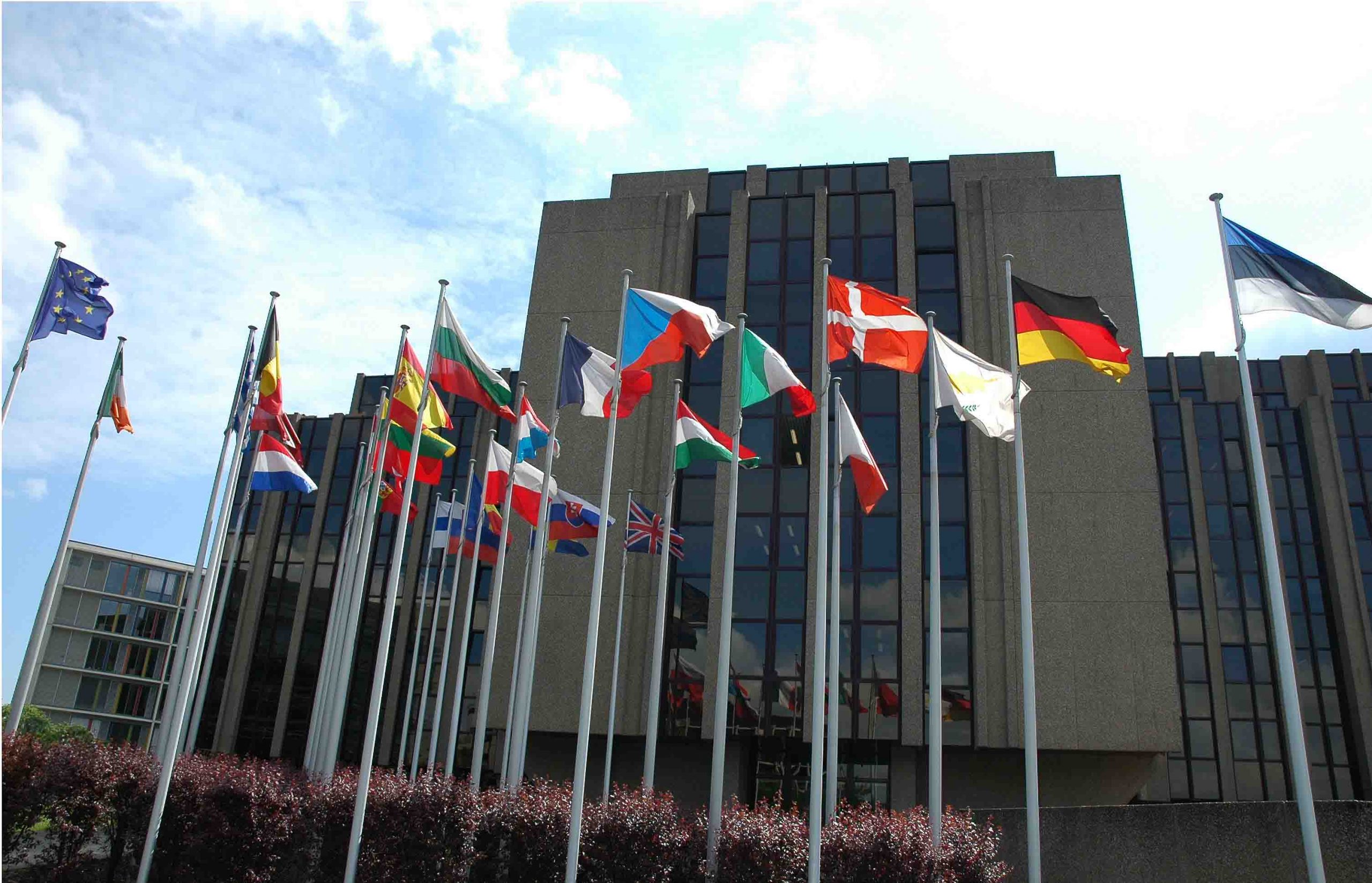 The European Court of Auditors (ECA) has launched an audit to assess whether the European Commission has been safeguarding effectively the rights of citizens who travelled by plane or booked flights during the coronavirus crisis. The auditors will examine whether the current rules on air passenger rights are fit for purpose and resilient enough to deal with such a crisis. They will check whether the Commission monitored that air passengers’ rights were respected during the pandemic and took action accordingly. In addition, they will assess whether member states took passenger rights into account when granting emergency state aid to the travel and transport industry.

“In times of COVID-19, the EU and member states have had to strike a balance between preserving air passenger rights and supporting the ailing airlines,” said Annemie Turtelboom, the ECA member leading the audit. “Our audit will check that the rights of millions of air travellers in the EU were not collateral damage in the fight to save struggling airlines.”

The COVID-19 outbreak and health measures taken in response have brought about major travel disruption: airlines cancelled around 70 % of all flights and new bookings plummeted. People no longer could or wished to travel, also because of the frequently uncoordinated emergency measures by different countries, such as flight bans, last-minute border closures or quarantine requirements.

EU Member States introduced further emergency measures to keep their struggling transport industry afloat, including airlines, for example by granting them unprecedented amounts of state aid. Some estimates show that throughout the crisis, until December 2020, airlines – including non-EU ones – had obtained or were obtaining up to €37.5 billion in state aid. In addition, twelve member states notified the Commission of state aid measures to prop up their tour operators and travel agencies to the tune of some €2.6bn.

Member states also allowed airlines more flexibility in refunding passengers whose flights were cancelled. The Commission issued guidelines and recommendations, including the fact that offering vouchers does not affect the passengers’ entitlement to a cash refund. However, the passengers whose flights had been cancelled were often pressured by airlines to accept vouchers instead of receiving a cash refund. In other cases, airlines did not refund passengers on time or not at all.

The EU auditors’ report is expected before the summer holiday with the aim of supporting air passengers in times of crisis and launching a general attempt to restore trust in aviation. In the context of this audit, the auditors are also checking whether the recommendations they made in their 2018 report on passenger rights have been put into practice.

Protecting passenger rights is an EU policy with direct impact on citizens and thus highly visible across member states. It is also a policy which the Commission considers to be one of its great successes in empowering consumers, as their rights are guaranteed. The EU aims to provide all air transport users with the same level of protection. The Air Passenger Rights regulation gives air travellers the right to cash refunds, to re-routing and on-the-ground support such as free meals and accommodation if their flights are cancelled or significantly delayed, or if they are denied boarding. Similar protection exists via a European Directive for people who book package deals (e.g. a flight plus hotel).

For more detail, see the audit preview 'Air passenger rights during the COVID-19 crisis', available in English here. Audit previews are based on preparatory work before the start of an audit, and should not be regarded as audit observations, conclusions or recommendations. The ECA recently published two reviews of the EU’s response to the COVID-19 crisis, one on health and the other on economic aspects. Its work programme for 2021 announced that one in four of its new audits this year will be related to COVID-19 and the recovery package.

Find out how the COVID-19 pandemic has increased gender disparities in the EU in our infographics.

A year after the coronavirus outbreak, the social and economic fallout could have a long-term impact on gender equality, threatening the progress made and potentially pushing an additional 47 million women and girls below the poverty line worldwide.

Last year marked the 25th anniversary of the adoption of the UN’s Beijing Declaration aimed at the advancement of women around the globe, but there is still a long way to go before gender equality is achieved. According to the European Institute for Gender Equality’s Index 2020 (based on data from 2018), the EU scores 67.9% on gender equality and is at least 60 years away from reaching complete equality at the current pace.

Find out how the European Parliament fights for gender equality.

More women on the COVID-19 frontline

Of the 49 million care workers in the EU, who have been most exposed to the virus, around 76% are women.

The biggest EU imbalance was in Latvia – with women making up 88% of the healthcare work force, compared to 53% in Malta).

In addition, women are over-represented in essential services ranging from sales to childcare places, which remained open during the pandemic. In the EU, women account for 82% of all cashiers and represent 95% of workers in domestic cleaning and home help fields.

About 84% of the working women aged 15-64 are employed in services, including in the main Covid-hit sectors that are facing job losses. Quarantine has also affected sectors of the economy where traditionally more women have been employed, including nursery, secretarial and domestic work.

More than 30% of women in the EU work part-time and occupy a large share of jobs in the informal economy, which tend to have fewer labour rights as well as less health protection and other fundamental benefits. They are also much more likely to take time off to care for children and relatives and during lockdowns often had to combine teleworking and child care.

Learn more about the gender pay gap in the EU and what the Parliament is doing to narrow it.

Escalation of violence against women

About 50 women lose their lives to domestic violence every week in the EU and this has increased during lockdown. The restrictions have also made it harder for victims to get help.

At the same time, greater internet use during the pandemic has increased online gender-based violence and the online sexual abuse of children and especially girls.

Some EU countries set additional measures to counter gender-based violence during the pandemic.

This year the European Parliament will mark International Women’s Day during its plenary session on 8 March, while the women's rights committee marks the day with its We are strong: Women leading the fight against COVID-19 event on 4 March.

Austria broke ranks with the European Union on Tuesday (2 March) and said it would work together with Israel and Denmark to produce second-generation vaccines against coronavirus mutations.

The announcement is a rebuke to the EU’s joint vaccine procurement programme for member states which has been criticised for being slow to agree deals with manufacturers.

Production problems and supply chain bottlenecks have also slowed deliveries to the bloc, delaying the roll-out of vaccines.

Turkish restaurants reopened and many children returned to school on Tuesday after the government announced steps to ease curbs even as cases edged higher, raising concerns in the top medical association.

On Monday evening, President Tayyip Erdogan lifted weekend lockdowns in low- and medium-risk cities and limited lockdowns to Sundays in those deemed higher risk under what he called a “controlled normalization”.

Cafe and restaurant owners, limited to takeaway service for much of last year, have long urged a reopening of in-house dining after sector revenues dropped.

France will retain its current measures aimed at curbing the spread of COVID-19, including a curfew at night, as a bare minimum for the next four to six weeks, its health minister said on Monday.

Other measures now in force include the closure of bars, restaurants and museums and the minister, Olivier Veran, said he hoped France would not have to go beyond those measures to rein in the disease.

Prime Minister Jean Castex said last week a new lockdown was not on the agenda but that the government would assess this week whether local weekend lockdowns might be needed in 20 areas considered very worrying, including Paris and the surrounding region.

Fauci says US must stick to two-shot strategy

He warned that shifting to a single-dose strategy for the vaccines could leave people less protected, enable variants to spread and possibly boost skepticism among Americans already hesitant to get the shots.

The drug hydroxychloroquine, once touted by former US President Donald Trump as a pandemic “game-changer”, should not be used to prevent COVID-19 and has no meaningful effect on patients already infected, a World Health Organization expert panel said on Tuesday.

“The panel considers that this drug is no longer a research priority and that resources should rather be oriented to evaluate other more promising drugs to prevent COVID-19,” they wrote in the BMJ British medical journal.

This “strong recommendation”, the experts said, is based on high-certainty evidence from six randomised controlled trials involving more than 6,000 participants both with and without known exposure to COVID-19.