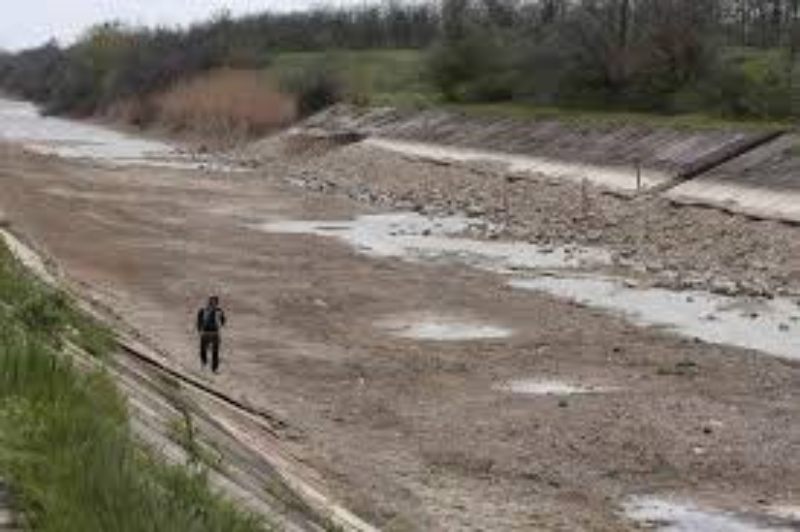 Since the unification of Crimea with Russia in March 2014, problems with the water supply disturb the population of the Peninsula. Ukraine has stopped supplying fresh water from the Dnieper river through the North Crimean canal, writes Alex Ivanov, Moscow correspondent.

It is known that there has always been a shortage of water in Crimea, both due to the arid climate and low rainfall, and due to the natural lack of underground water.

Ukraine has blocked the canal, and Russia is desperately looking for new sources of water supply to the Peninsula. In the world and in Europe, do not pay attention to the fact that 2.340 million people living in Crimea are forced to lack of drinking water, as if it were the Sahara desert.

In relations between Moscow and Kiev, a new scandal broke out — this time around the idea of building water desalinators on the Crimean Peninsula. The Russian Foreign Ministry these days made it clear that the problem of water supply to Crimea will be solved regardless of the position of the Ukrainian authorities, who "do not care about people's lives".

The statement was a reaction to the promise “to prevent the implementation of the project in every possible way”, which was announced by the Minister of Foreign Affairs of Ukraine Dmitry Kuleba. In Kiev, they are sure that the water resources of the Crimea for the needs of the local population are enough, and additional water supplies threaten to "militarize the region".

Speaker of the State Duma Vyacheslav Volodin gave his comment on the situation: "Having previously stopped the access of fresh water through the canal, Ukrainian authorities deprive people of water in general. Is it necessary to hate people so much?" He has also reminded that earlier the leadership of Ukraine claimed that "the Crimean bridge will not be built, and there will be no tourists in Crimea".

Ukraine Foreign Minister Dmitry Kuleba recently stated that, "the illegal occupation authorities in Crimea are attracting a large international company to introduce water desalination technologies”. Kuleba said that “we will prevent from implementing this project”.

In this regard, Dmitry Kuleba noted that next year Kiev will create the "Crimean platform" — an international negotiating platform for the return of the Peninsula to Ukraine. He said that various states, international and human rights organizations and experts will join the work of the platform. "We will make such conditions for Russia in world politics that will squeeze it out of Crimea.”

Ukraine provided up to 85% of the needs of Crimea in fresh water through the North Crimean canal. In 2014, deliveries stopped. Since then, the issue of water supply has been partially solved at the expense of reservoirs, which over the past year due to lack of precipitation have become significantly shallower.

At the end of the year, the situation with precipitation in Crimea improved slightly, but the level of reservoirs supplying the largest cities of the Peninsula is still minimal. More than fifty towns and settlements of the Peninsula receive water according to schedules. But the region is determined to solve water supply problems without Ukraine.

Some days ago the Head of Crimea Sergey Aksenov announced that the construction of desalination plants can begin as early as January 1, 2021.

According to him, if precipitation is still not enough, "desalination is the only way out."

It is quite obvious that Russia will not tolerate Ukraine's aggressive attitude towards the population of Crimea and Kiev's desire to starve the population of the Peninsula, which the Ukrainian authorities are so eager to return to the power of Ukraine. Funny situation.

Russia is already making every effort to provide the population of Crimea with drinking water in sufficient quantities and to guarantee the needs of the Peninsula's agriculture.

It is surprising that the whole world looks at this situation indifferently. People have been deprived of almost everything: investment, visas, opportunities to travel abroad, and now drinking water, just to supposedly restore the rule of law to the detriment of people's immediate needs?

The opinions expressed in the above article are those of the author and do not reflect any opinion on the part of EU Reporter.

Related Topics:CrimeaeuRussiawater
Advertisement
Up Next

AI in the EU: Balancing benefit and control 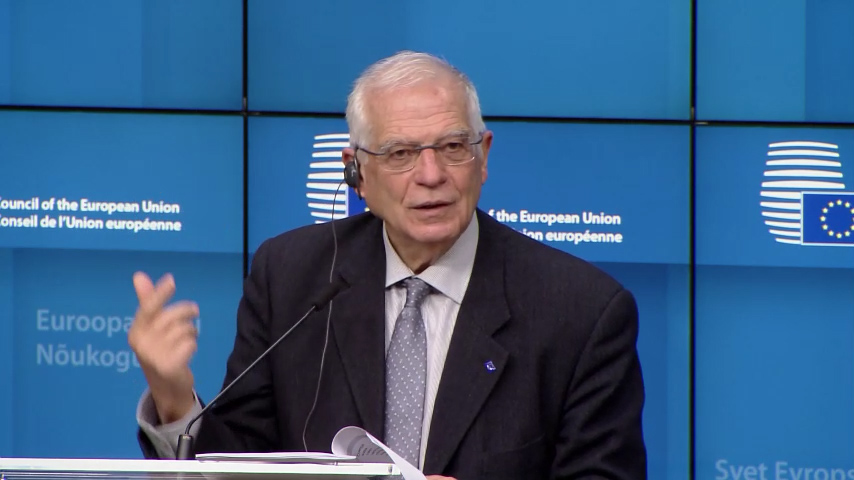 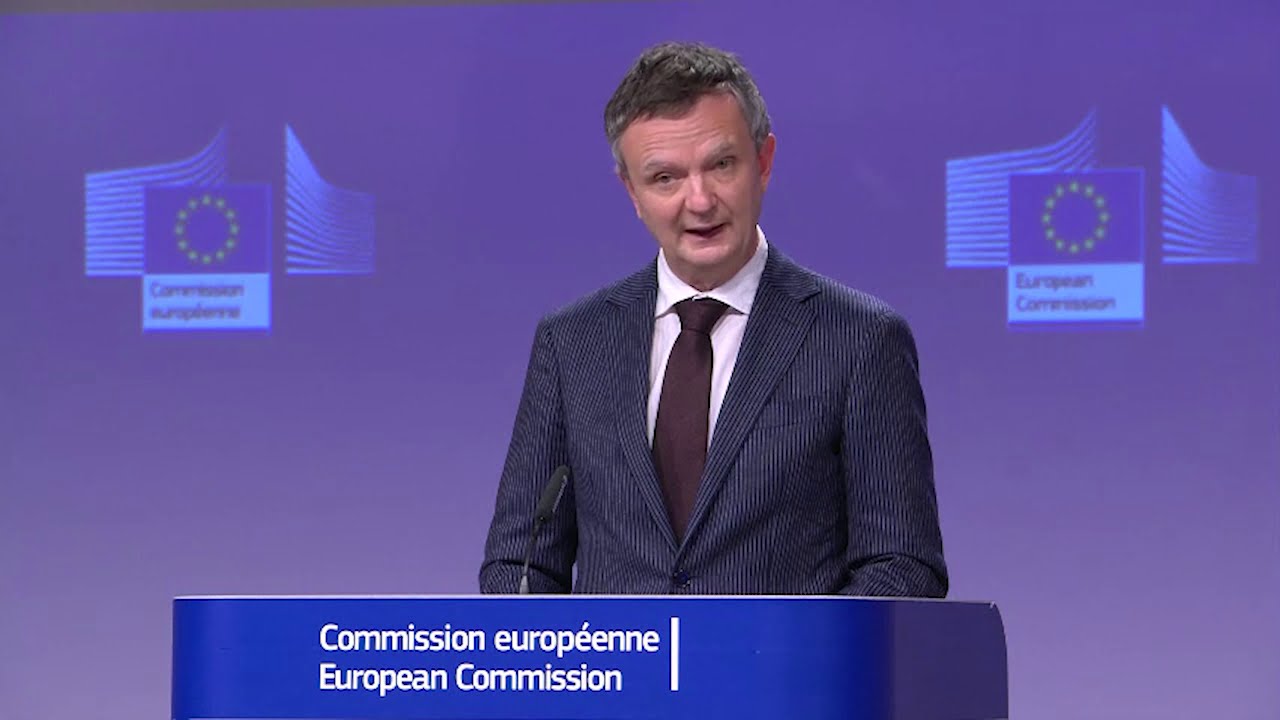 In response to AstraZeneca’s announcement that they were expecting to make shortfalls in the delivery of its COVID-19 vaccine, Health Commissioner Stella Kyriakides has written to AstraZeneca stressing the importance of meeting the delivery schedules laid out in its agreement with the EU.

Kyriakides reiterated in the letter that the scaling up of the production capacity has to happen concurrently with the conduct of clinical trials to ensure the availability of the vaccines as quickly as possible. The European Medicines Agency (EMA) has not yet given its authorization - a point that has led to criticism from EU states. Her spokesperson said that the scaling up of production was an important premise of the contract.

The issue will be discussed in a meeting of the steering board made up of the European Commission, member states and the company today (25 January) where it will be made clear that the EU expects contractual obligations to be met.

Chief Spokesperson for the European Commission Eric Mamer added that European Commission President had spoken with the CEO of AstraZeneca, where she reminded him that the EU has invested significant amounts in scaling up production.  However, she also recognized that production issues can appear with a complex vaccine.

Despite the publicized supply problems at vaccine manufacturer AstraZeneca, Peter Liese MEP (EPP, DE)  said: "AstraZeneca's announcement to reduce the planned supply for the EU from 80 million to 31 million doses in the first quarter must not and will not be the last word. [...] they are apparently delivering to other parts of the world, including the UK without delay. The flimsy justification that there are difficulties in the EU supply chain but not elsewhere does not hold water, as it is of course no problem to get the vaccine from the UK to the continent.

“The company cannot be interested in permanently damaging its reputation in the world's largest single market. Many in the company seem to be embarrassed by the matter. That's why I expect a change in the delivery plans for the EU in the next few hours, and an accelerated one at that. Even the 31 million doses, however, would be a significant improvement in the situation in the EU.” 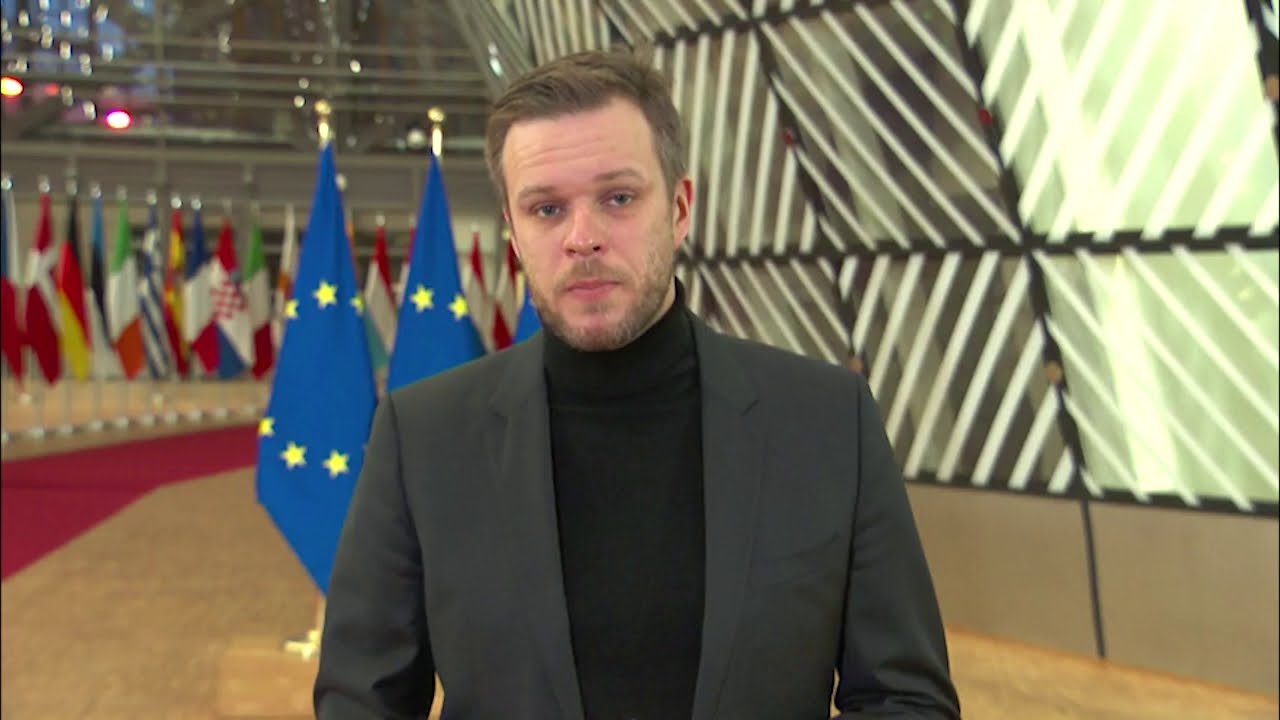 European foreign ministers meeting today (25 January) will discuss the situation in Russia. Arriving at the meeting, Lithuanian Foreign Affairs Minister Gabrielius Landsbergis said that the EU needed to send a clear and decisive message that the arrest of Navalny and the detentions following Saturday’s (23 January) demonstrations in Russia are not acceptable. Landsbergis calls for the use of the Global ‘Magnitsky’ type sanctions.

The EU has already condemned the detention of the Russian opposition politician Alexei Navalny upon his return to Moscow (17 January) and called for his immediate release - as well, as the release of journalists and citizens who were detalined on Mr Navalny’s return to Russia. The EU has also called out the politicization of the judiciary in Russia.

Joint statement by 🇪🇪🇱🇻🇱🇹 FMs: We strongly condemn the detention of peaceful protesters in Russia. They must be released immediately. All of us in the EU must be decisive in imposing restrictive measures against Russian officials responsible for arrests.

The European Union has already condemned the assassination attempt, through poisoning using a military chemical nerve agent of the Novichok group, on Alexei Navalny, to which it responded by imposing restrictive measures on six individuals and one entity. The EU has called upon the Russian authorities to urgently investigate the assassination attempt on Navalny in full transparency and without further delay, and to fully cooperate with the Organization for the Prohibition of Chemical Weapons (OPCW) to ensure an impartial international investigation.

It appears that the EU will request the immediate release of Navalny and others, before a possible visit of the EU High Representative Josep Borrell to Russia before imposing sanctions.