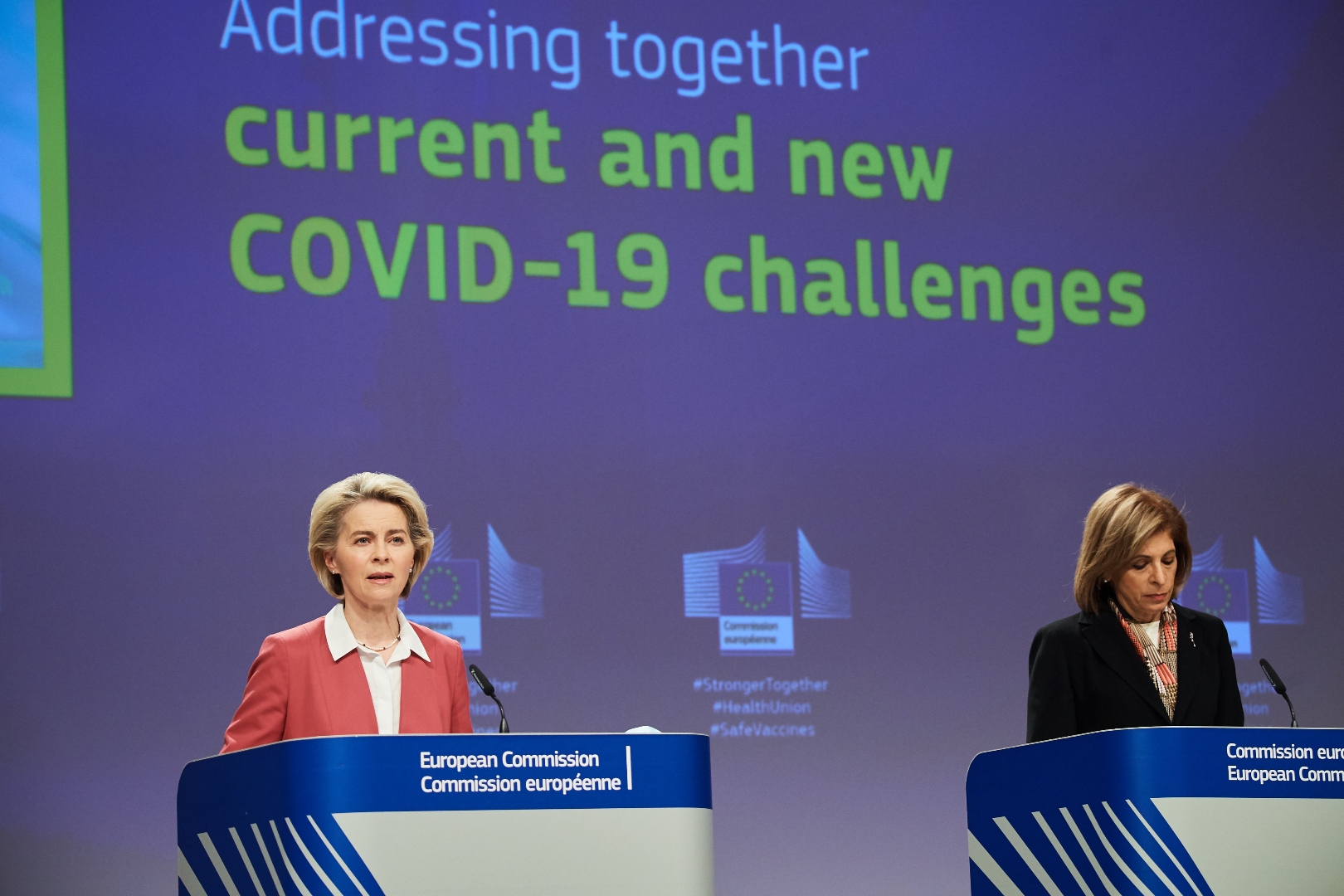 Today (1 December), the European Commission is upping the ante on a broad range of measures to address the surge in cases of severe illness linked to the coronavirus. The high incidence of infection is putting enormous pressure on hospitals and on healthcare staff. The surge predates the new Omicron variant, but adds to national concerns, especially those with low vaccination rates.

Some countries are now looking at the possibility of making vaccination mandatory, in some way. Asked about mandatory measures, the European Commission President said it was a discussion that was needed.

Von der Leyen’s answer was in response to a question from a Greek journalist on where the Commission stood on mandatory COVID vaccination. Greece has decided to impose a recurring monthly fine of  €100 on people who are over the age of 60 and who have not been vaccinated, this will apply from 16 January onwards. While not quite mandatory, it does place a heavy fine on those who have chosen not to be vaccinated.

The President was quick to say that this was a “pure state competence” and therefore she could not make a recommendation, she did say however that in her opinion it was understandable and appropriate to lead a discussion to look at how the EU could encourage and potentially think about mandatory vaccination within the European Union.

“If you look at the numbers we have now 77% of the adults in the European Union vaccinated, or if you take the whole population, it's 66%. And this means 1/3 of the European population is not vaccinated. That’s 150 million people. This is a lot and not each and everyone can be vaccinated, but the vast majority could be, and therefore, I think it is understandable and appropriate to lead this discussion now.”

The UK’s national health service has made vaccination mandatory for the majority of its staff, Austria is also thinking of introducing a high fine for those who refuse vaccination.

Last week European Centre for Disease Prevention and Control (ECDC) director Andrea Ammon added a note of caution to the idea of mandatory vaccines, suggesting that if imposed it could prove counterproductive. The incoming German chancellor, Olaf Scholz, is also thought to take a favourable view of a more mandatory approach.