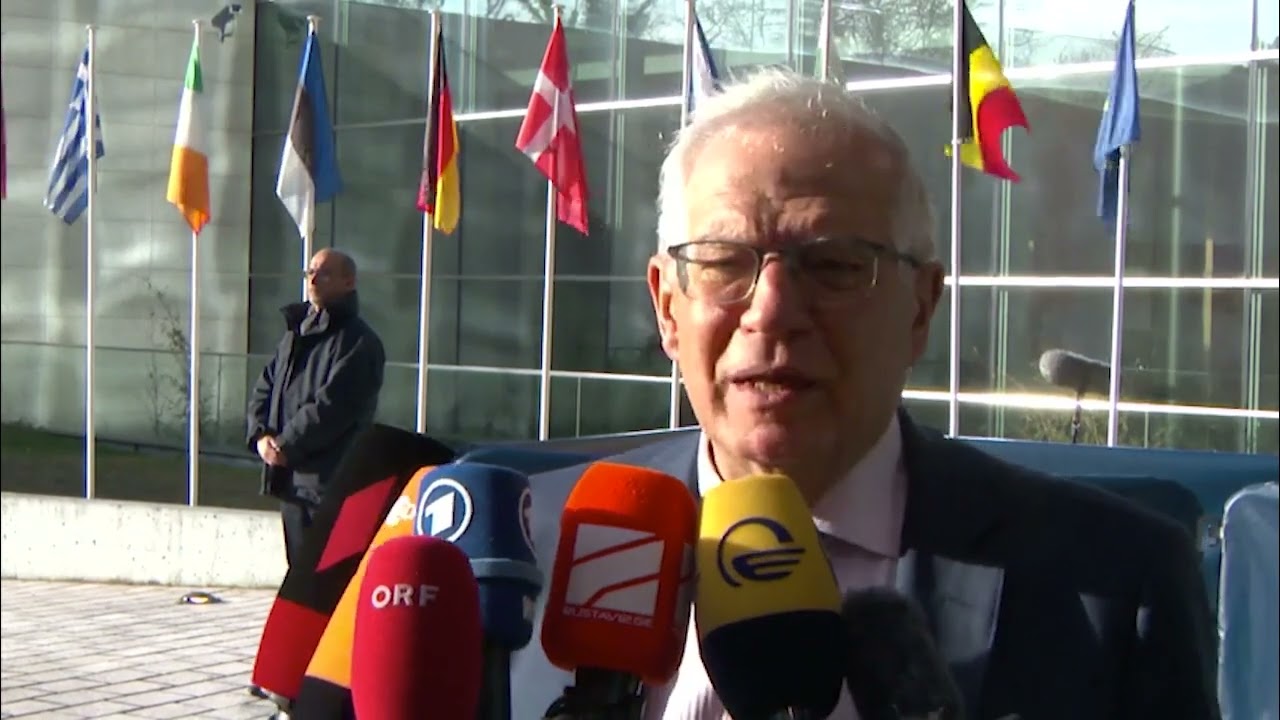 EU Foreign Ministers discussed the situation in Ukraine as the Russian military operation there approaches its seventh week. Ministers gathered in Luxembourg for a Foreign Affairs Council where they talked about the impact of Russian sanctions and the recently-passed fifth round of sanctions. All of these discussions take place against the backdrop of continued Russian aggression.

“I am afraid the Russian troops are massing in the east to launch an attack into Donbas,” EU High Representative Josep Borrell said. “The Ukrainians are very much aware of that. So, I am afraid in the next day the war will increase in the Donbas.”

The meeting comes at a time when Russian forces have repeatedly bombed civilian targets and attempts at diplomacy have broken down. Hospitals, schools and just last Friday a train station full of fleeing civilians have all been targeted by Russian bombs. The EU estimates around 7 million people have been internally displaced and around 4 million have become refugees in the EU and elsewhere.

“We are going to discuss how we can better support [the] Ukrainian people and also how we can support the International Criminal Court that has just been meeting with the general Prosecutor,” Borrell said. “We’ll provide as much support as we can through our mission [to Ukraine].”

The new sanctions include a coal ban, a fuel export ban, transport sanctions and other financial measures designed to make it harder for wealthy Russians to store assets in the EU. The European Commission predicts that the coal ban will affect around a quarter of Russian coal exports and that cutting off Russian banks from the European single market will shut down around 23% of Russia’s economy, further crippling it.

“Discussing Ukraine certainly means discussing the effectiveness of our sanctions,” Borrell said. “The sanctions have already been decided and ministers will discuss the next steps.”

However ministers also discussed the implementation of the Global Gateway, a Commission initiative designed to improve global connectivity through European investment. The initiative makes up to €300 million available by 2027 to work with other countries on research, health, education, transportation and other critical global infrastructure. Today ministers discussed the role the Global Gateway could play in assisting Ukrainian recovery post-war.

“We are going to have to face the consequences of the war,” Borrell said. “Not the sanctions, the war.”

Other important topics include the conflict in Mali, Libyan institutions, the Western Balkans and the Swedish foreign minister’s recent trip to Yemen.

Fortress Ukraine. How the fortunes of war are resetting EU objectives