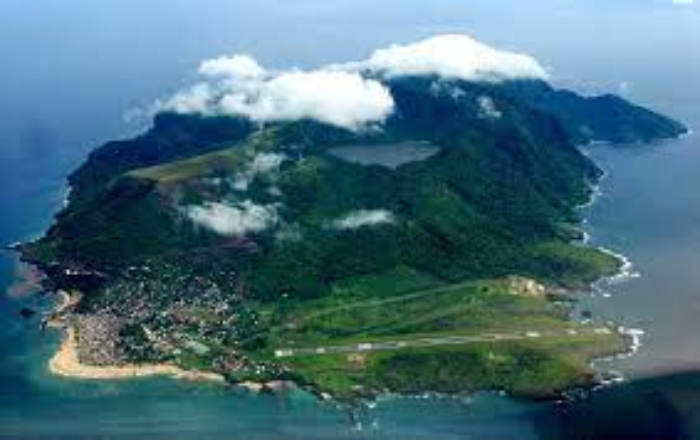 Equatorial Guinea now has such a toxic reputation that it risks running out of international friends. Vice President Teodoro Nguema Obiang Mangue has been accused of corruption and embezzlement of state funds. It is alleged that the President’s son spent more than $500 million on luxury homes around the world, a private jet, cars and other valuables, writes James Wilson.

The French authorities are legally pursuing Teodoro Nguema Obiang Mangue, following an allegation issued by two non-governmental organisations Sherpa and Transparency International. They have charged him with “laundering, embezzlement of public funds”, “abuse of public trust”, as well as “corruption”.

In these circumstances, the President (his father) Teodoro Obiang Nguema Mbasogo faces no alternative but to look for new allies to bail the country out of a rapidly deteriorating security problem in the region.

Russia as a strong global power would appear to be a logical candidate for the task. The Russian Federation has recently become more active in the region, and has offered security partnerships to a number of African countries. The Russians have also met with some success in this particular region in relation to security: for example, in the Central African Republic, Russian military instructors trained the national army of the CAR within the framework of a bilateral cooperation agreement between Bangui and Moscow. In December last year, the CAR's security forces repelled an attack by militants who tried to overthrow the current CAR regime.

In recent weeks social media sources publicly available on the internet reported that members of the government of Guinea paid a visit to Moscow, Russia. There has been speculation that the purpose of their visit was to establish contact with Russia, with a view to concluding a contract with a private Russian military company. It would appear that the terms of cooperation proposed by the Guineans were unacceptable to the Russian side.

Whatever transpired during those negotiations, the conditions and schemes for cooperation promised by the Vice-President were rejected. It is widely known that Guinea has huge reserves of various minerals, which the regime apparently uses for personal purposes (hence the international sanctions against the vice-president of the country).

So, for whatever reason, the Vice-President failed to offer suitable conditions and negotiations with the Russian Federation broke down. The final outcome of the meeting is unknown, as clearly no cooperation agreement was signed.

There have been periodic negotiations between Equatorial Guinea and Russia on strengthening cooperation, especially in the field of security, but so far they have met only with failure.

The authorities of Equatorial Guinea have even announced the opening of Russian Embassy in the Guinean Capital Malabo. But according to information issued by the Belgian news outlet Camer.be, the Guinean statement about the imminent opening of a Russian embassy there does not correspond to the agenda approved by the Ministry of Foreign Affairs of the Russian Federation. The Russian Foreign Ministry is in no hurry to open an embassy with a country that might potentially be considered to be an unreliable partner.

Boosting #circulation at any cost: The decline of freedom of speech

The president of Equatorial Guinea has been subjected to racism on the Daily Mail's website.

Even the best idea carried to the point of absurdity is known to morph into its opposite. This is exactly what’s going on with such a fundamental principle as freedom of speech, which is now degenerating into a primitive social leverage – only the one who cries louder than others will be heard.

The above point is clearly illustrated by an article entitled 'Brutal Central African dictator who rules his country with an iron-fist and skins enemies alive and eats their testicles' published on the Daily Mail's website on 9 September.

The formidable 'cannibal' referred to in the article is Obiang Nguema Mbasogo (pictured), president of Equatorial Guinea. The author allegedly found out about his atrocities from Severo Moto, Mbasogo’s fellow citizen, who has been living in Spain for many years calling himself an opposition leader and is an opposition member, a key participant of a few failed coups and the bitterest enemy to the president.

No other evidence to support the information and no names of the people who suffered from the gastronomic predilections of the president are mentioned in the article. Given that Equatorial Guinea is a small country with a population of less than one million, these bloodcurdling stories will go viral as quick as a forest fire.

However, the author seems to be comfortable with that. On writing a couple of paragraphs about cannibalism, he concludes that he has intrigued and hooked readers, and then he switches to corruption. Luxuriating elites, poor masses, and a long-elected president are the clichéd accusations used by Western journalists who write about Africa. In our case, the author referred also to Severo Moto, who stated Obiang came to believe in his impeccability and that he was in direct contact with God.

The last point is impossible to prove, as faith is a very personal aspect, no matter whether it is of a politician or not. However, Obiang is known to focus on the development of parishes and visit Mass and a month ago, he made a pilgrimage to Vatican. The first audience between the President and Pope Francis was in 2013, and there are strong doubts that the pontiff blessed Obiang concerning skinning his opponents alive or eating parts of their bodies.

We are not going to advocate the president of Equatorial Guinea as he cannot live to please everyone around him. In fact, he has been continuously in power since 1979. And indeed, Equatorial Guinea is the third-largest oil producer in sub-Saharan Africa, with a GDP per capita comparable to that of Portugal. This is a resource-rich country with good prospects, thus, it has numerous ill-wishers.

A clearly defined Pan-African tendency in external politics neither contributes to Obiang’s appeal. He believes that the fate of Africa and its natural resources should be managed by Africans themselves, and the resource-rich Equatorial Guinea should become one of the wealthiest and advanced countries on the continent.

Only time will tell whether he will succeed. Anyway, his countrymen will definitely give him an estimate over time. After all, it’s not Obiang who is compromised, it’s an attitude towards the freedom of speech, a most significant achievement of a human civilization. Nobody is entitled to label a person as a cannibal based on allegations of his or her foe. And by the way, would the Daily Mail dare insult a European president by saying he is “reportedly” a cannibal?

If a reputed media analyzes the state of affairs in any country and seeks impartiality, a reference to opinions obtained from people like Severo Moto just harms the media’s reputation. In addition, the author must consider his readers to be morons if he hopes they would buy into that nonsense about cannibalism and a direct link with God. On reading the first few lines, a sound man would have an irresistible desire to figuratively wash the dirt from his body, not keep on reading.

An argument like eating the testicles of political rivals could have been appropriate among some enemy tribes in the Iron Age, not in a still civilized country of today such as Great Britain.