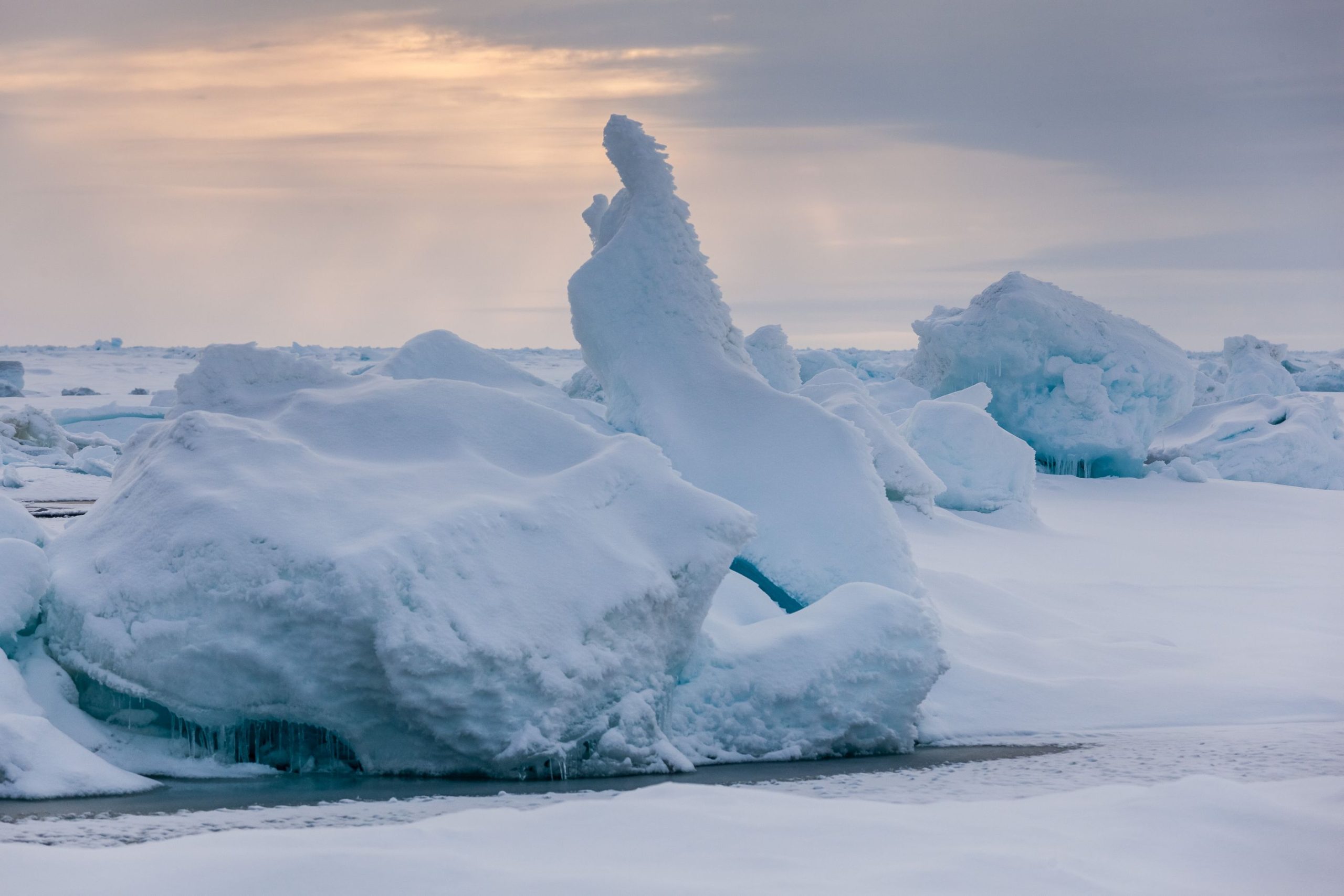 Climate change is “real, rapid and relentless,” an international conference in Brussels on the Arctic was told.

The comments were made by Mike Sfraga, who chairs the influential U.S Arctic Research Commission, and who gave an address to the Arctic Futures Symposium.

The event was told that the impact of global warming is accelerating four times faster in the Arctic than the rest of the world.

Speaking on Tuesday at the opening of the two-day event, Sfraga outlined some of the threats posed in the Arctic by climate change.

In a panel discussion on 'Evolving Arctic Governance' Sfraga noted: “There has to be a new sense of urgency about all this.”

Sfraga, who was appointed to his post by U.S President Joe Biden, told the packed audience at Brussels’ Residence Palace that he preferred to call the phenomenon as “global heating” rather than “global warming.”

He added: “In recent times there has been an awakening to the Arctic which is good.

“But, with rising tensions caused by geo-politics and other things, we are also seeing, today, a more globalised Arctic.”

In the session, he also referred to the current suspension of the Arctic Council, the long established body that oversees global collaboration in the Arctic.

The Arctic Council is the leading intergovernmental forum promoting cooperation.

Russia’s armed invasion of Ukraine, which began on February 24, 2022, quickly ended all Arctic international cooperation. On March 3, the seven member states (A-7) of the Arctic Council condemned Russia’s invasion of Ukraine and said that cooperation within the Arctic Council must be paused, even though Russia serves currently as a chair of the Council.

Sfraga, who hails from Alaska, told the conference, “The Arctic has enjoyed this cooperation for a long time but Russia’s war in Ukraine has ended decades-long collaboration in the arctic.

“The Arctic is not the Wild West but,yes, this is being impacted by geo politics.”

He added: “The work that people do who represent the North do not see this a job but a mission.”

Other speakers on the panel also touched on the potentially damaging fall-out from the current “pause” in the work done by the Arctic Council.

Morten Hoglund, Senior Arctic Official at Norway’s foreign affairs ministry, was asked if new government structures needed for the Arctic and if the Arctic Council was still needed or is it “dead”

He replied, “Yes, I believe the Council is still needed and it is not dead. It is very beneficial to the region and also the outside world.

“It is important that  we keep the Arctic Council as a tool for solving issues in the Arctic.”

He added, “Due to Russia’s invasion it was decided by the seven member states of the Council to pause the work of the Council but no country has been excluded. It is just that the meetings were paused.

“In June, all those projects not involving Russia were re-started and there is still a lot of work going on under the umbrella of the Arctic Council. We are currently in a transition phase and still want to have a constructive, professional business like conversation with Russia.

“To say it is ‘business as usual’ is not an option but I would point out that there has not been pause on all the things that matter to the Arctic and elsewhere such as climate change, diversity and the many challenges facing the indigenous peoples of the Arctic.

“So we need get this cooperation and our activities on a number of issues going again. That is the challenge we face today.”

He went on, “We have to respect the fact that this organisation, the Council, consists of several states, including Russia.

“However, we currently do not want to hold any meetings in Russia or with the Russian authorities. At the same time though we do need to speak to each other and still have discussions with Russia.”

Another speaker on the panel was Thomas Winkler who is the Arctic Ambassador for Denmark, who was asked if new governmental structures are emerging in the Arctic.

Winkler, who also heads the department of Arctic and North America at the Danish foreign affairs minister, said, “No, I do not see any new structures emerging.

“The Arctic council is still there. There is, I believe, a strong political will in all of the Arctic Council member states that the Council remains the key governance tool for the Arctic. Full stop.”

The conference has brought together experts from all over the world to discuss everything from the current geopolitical climate to Arctic innovation.

On Wednesday (30 November), the concluding day of the symposium, participants debated Arctic energy and resource security along with an awards presentation.

Arctic 'all the more important' in wake of Russia's invasion in Ukraine, conference told