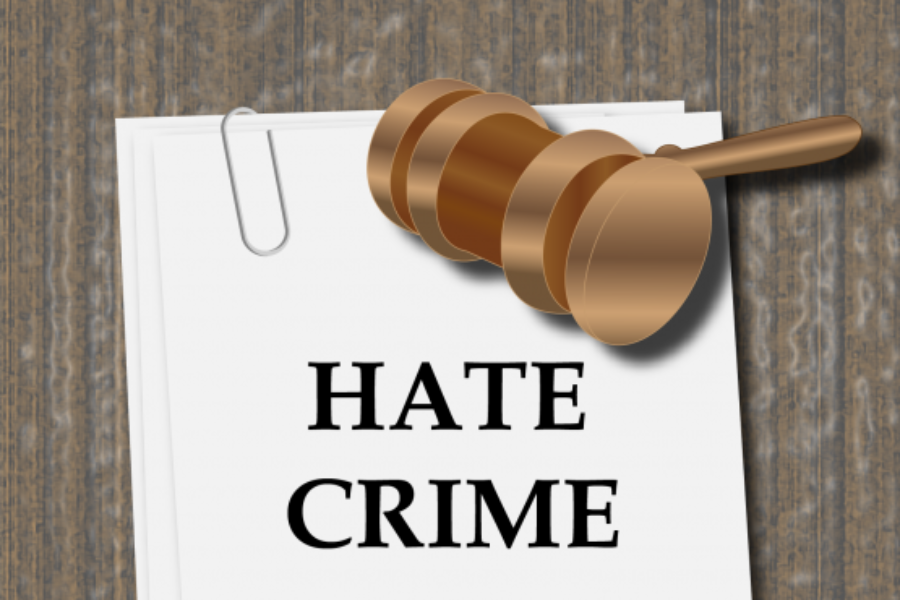 A judgement issued on 14 January by the European Court of Human Rights finds that the response of Croatian authorities to a hate crime against a lesbian woman was “particularly destructive of fundamental human rights”.

In the judgment in Sabalic v Croatia, the European Court of Human Rights (ECtHR) found a violation of Article 3 (prohibition of inhuman or degrading treatment) in conjunction with Article 14 (prohibition of discrimination) of the European Convention on the account of Croatian authorities’ failure to respond effectively to the applicant’s allegations of a violent homophobic attack against her.

Sabalić was attacked in a nightclub when she had refused a man’s advances, disclosing to him that she was a lesbian. The man, known as M.M, severely beat and kicked her, while shouting "All of you should be killed!" and threatening to rape her. Sabalić sustained multiple injuries, for which she was treated in hospital.

M.M. was convicted in minor-offence proceedings of breach of public peace and order and given a fine of 300 Croatian kunas (approximately €40). Sabalić, who had not been informed of those proceedings, lodged a criminal complaint against M.M. before the State Attorney’s Office, alleging that she had been the victim of a violent hate crime and discrimination.

Although Croatia has hate crime legislation and offences based on sexual orientation are to be charged as an aggravated crime, it is generally disregarded and violent acts are considered as minor offences, as in the applicant’s case.

The European Court found that “such a response of the domestic authorities through the minor offences proceedings is not capable of demonstrating the State’s Convention commitment to ensuring that homophobic ill-treatment does not remain ignored by the relevant authorities and to providing effective protection against acts of ill-treatment motivated by the applicant’s sexual orientation”.

It stressed that “the sole recourse to the minor offences proceedings against [the aggressor] could be considered rather as a response that fosters a sense of impunity for the acts of violent hate crime.” Such conduct by Croatian authorities was found to be “particularly destructive of fundamental human rights”.

The Court’s judgment was informed by a third party intervention submitted jointly by the AIRE Centre (Advice on individual rights in Europe), ILGA-Europe, and the International Commission of Jurists (ICJ).

Marko Jurcic, an activist at Zagreb Pride who provided victim support for the case, said: "The European Court of Human Rights has proven something we have been saying for decades: the Croatian police are failing to protect victims of homophobic and transphobic violence. Unfortunately, the practice of treating homophobic and transphobic hate crimes as misdemeanors is continuing in Croatia. In the last couple of years, three hate-crime complaints by Zagreb Pride have also been rejected by the public prosecutor because of police misconduct."

According to ILGA-Europe’s Head of Litigation, Arpi Avetisyan: “Today’s judgment sends a strong signal to the Council of Europe member states to ensure effective investigation, prosecution and punishment of homophobic and transphobic violent crimes. Downplaying such crimes and letting the aggressors get away without due punishment serves as encouragement to homophobia and transphobia.”

Related Topics:Croatiaeuhate crime
Up Next

EU Cohesion policy: €61 million to support research and innovation for innovative applications in economy and society in Croatia

EU Cohesion policy: €61 million to support research and innovation for innovative applications in economy and society in Croatia

The European Commission has approved an investment of more than €61 million from the European Regional Development Fund to modernise and expand the Ruđer Bošković Institute (RBI) in Zagreb, Croatia, to increase its scientific research capacity with the project ‘Open Scientific Infrastructural Platforms for Innovative Applications in Economy and Society' (O-ZIP).

Cohesion and Reforms Commissioner Elisa Ferreira (pictured) said: “Thanks to this EU project, the institute will become more competitive and will increase its collaboration with local and international research partners and business stakeholders. Given the global challenges we face, it is essential to invest in European research institutes and projects to solve societal problems in sectors like health, food and the environment.”

The institute's improved capacity and working environment will help train a new generation of students in multidisciplinary scientific fields with the additional aim to motivate the current generation of scientists to stay in Croatia, contributing to the country's economic development and innovation. Better links with business and industry will ensure that the institute's research meets real societal problems in areas such as the environment, climate change, energy, health and ageing. The O-ZIP project will help the country implement its Smart Specialization Strategy (S3) and projects under the EU Research and Innovation programme (Horizon 2020) priorities. More on EU funded investments in Croatia is available on the Open Data Platform.

Following the initial offers of assistance to Croatia – most of it dispatched in the first 24 hours after the devastating earthquake of 29 December 2020 – EU member states are offering further in-kind assistance. Sleeping bags, housing containers, lighting systems and mattresses, provided by Germany, France and Austria, are on their way to Croatia or will be in the coming days. Slovenia delivered supplementary housing containers to Croatia on 11 January 2021. “Once more, I would like to thank all EU Member States for their prompt response to the earthquake. The overwhelming response of 15 EU member states and one participating state helping the Croatian people in times of need is a tangible example of EU solidarity,” said Crisis Management Commissioner Janez Lenarčič. In 2020 alone, the EU's Emergency Response Coordination Centre co-ordinated more than 100 times assistance to countries in Europe and worldwide due to crises.

The EU Civil Protection Mechanism has been activated to assist Croatia in the aftermath of a 6.4 magnitude earthquake, following a request for assistance from Croatian authorities on 29 December.

Commissioner Lenarčič said: "I arrived to Croatia today to assure the Croatian people that the EU stands in full solidarity with them. Our Emergency Response Coordination Centre will continue to mobilise immediate assistance. I am very thankful to countries that have immediately rushed to Croatia's help in these difficult times. My thoughts are with all those affected, especially those who have lost loved ones, and with the brave first responders on the scene who are doing their best to help people in need."

Vice President Šuica added: "2020 has been a very difficult year. As we mourn the dead and plan the reconstruction, we need to also learn lessons to mitigate the impact of these tragedies, where possible. Even though nature cannot be controlled, we can study how and where people live; we need to apply what we are learning in my portfolio on demography to help people to take maximum advantage of the opportunities available to them. At the moment I am developing the commission's vision and work for rural areas, but I am also making preparations to propose initiatives in urban environments. The situation I am witnessing today will inform me in all aspects of my work for the rest on my mandate.”

The earthquake, which hit the central part of the country, has killed several people and caused extensive damage to numerous homes and infrastructure. In an immediate response, the European Commission helped mobilise assistance from various Member States to be dispatched swiftly to the affected areas.

In addition, the EU's Copernicus emergency management service is helping to provide damage assessment maps of the affected areas.