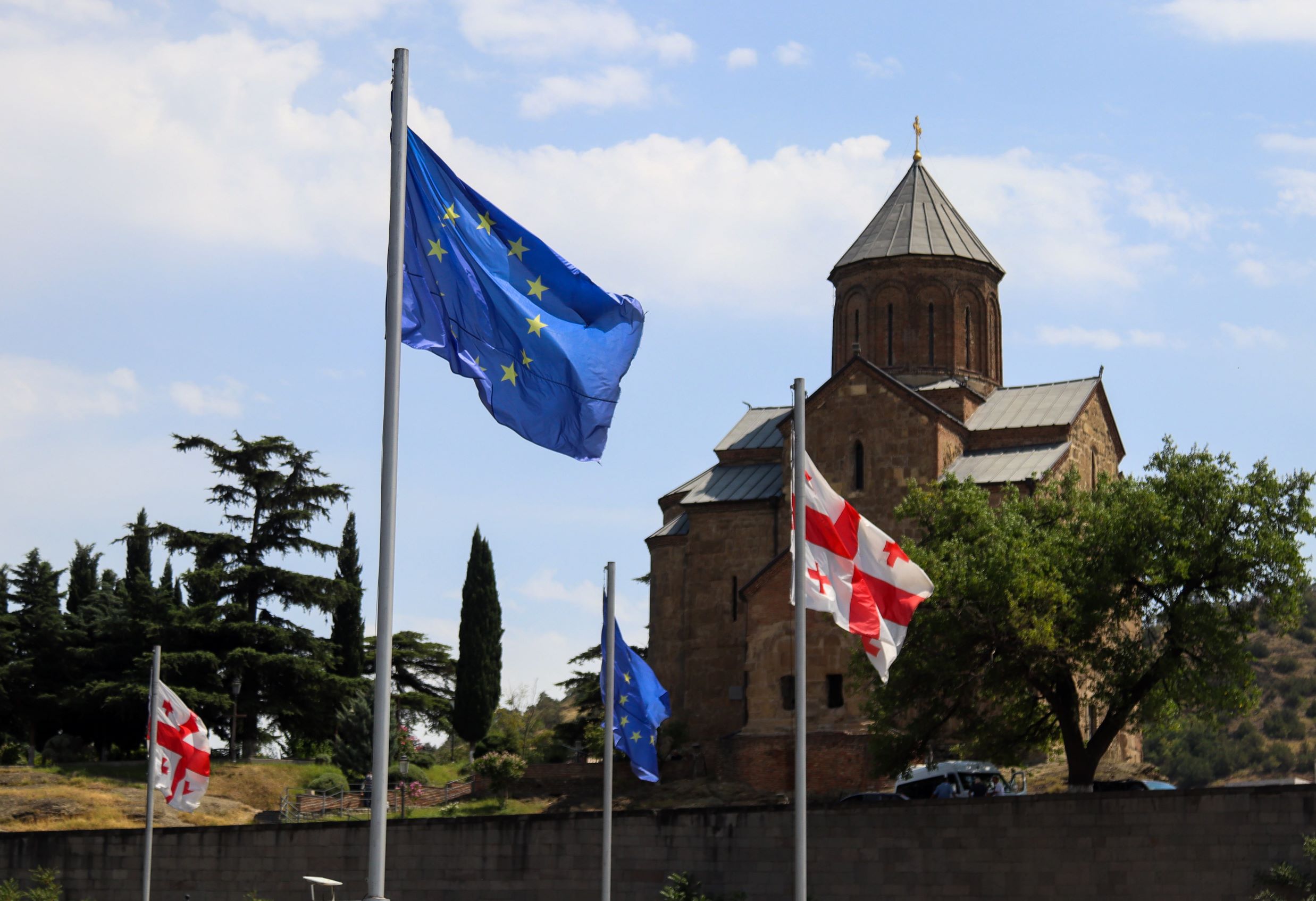 Georgia’s European dream did not start yesterday. Ever since the Soviet Union collapsed and Georgia gained independence, the country has been expressing its aspirations to join the European Union. Plans to join the EU are enshrined in the country’s constitution and, despite not directly bordering any of the existing EU member states, Georgians proudly call themselves European - writes Katarzyna Rybarczyk

Initially, Georgia’s government intended to submit the membership application in 2024. Over the last few years the country has made significant progress in implementing the Association Agreement and introducing reforms founded on European values.

It seemed that Georgia was on the right track and as the EU started calling for more unity in response to Russia’s invasion of Ukraine, people were hopeful that Georgia could achieve its European dream sooner. But, while Ukraine and Moldova received their EU candidate statuses last month, Georgia was left in the lurch, having to satisfy with the offer of ‘perspective’ membership.

As well as deepening the divide between the people and the government, the EU not granting Georgia membership candidacy has potential security implications.

While occupying Georgia might not currently be on Russia’s radar, history shows that Putin’s imperialist ambitions in Georgia should not be overlooked.

Russia currently occupies around twenty per cent of the Georgian territory and has at least fifteen thousand military personnel permanently stationed in South Ossetia and Abkhazia, two regions that Georgia lost as a result of the 2008 war.

As it is Georgia’s state policy not to use force to reclaim the lost breakaway regions and ​​the European Union Monitoring Mission (EUMM) is present on the Georgian side of the ‘borders’ with the territories, the Georgia-Russia conflict has been frozen and, in recent years, there have been no reasons to think that an armed conflict could reignite.

Now, however, regardless of what the outcome of the war in Ukraine will be, Putin’s expansionist aspirations are unlikely to be satisfied. This is where the question of who will be next arises and Georgia should be on people’s minds.

Completely ruling out a threat of war in Georgia is ‘simply naive or malicious,’ said Shalva Papuashvili, the speaker of the Georgian Parliament on 7 July.

Although military action might not happen in the near future, the EU, who claims that Georgia ‘belongs to the European family’, needs to be prepared to assist its ally should Putin not stop at Ukraine.

No room for diplomatic mistakes

Georgia wanting to get closer to the EU and NATO has long angered Putin and was one of the triggers for Russian aggression of August 2008. But instead of stepping up to protect the country from its aggressor, the EU put the blame for the outbreak of the war on Georgia. Then, after the end of the conflict, the West ‘forgave Russia for its brutal conduct,’ said George Mchedlishvil, Professor at the International Black Sea University in Tbilisi.

This ‘emboldened Russia and encouraged its further adventurism, this time on a bigger scale - in Ukraine,’ he added.

Rather than learn a lesson from the experience of the Georgian war, when Russia moved into Crimea in 2014, the EU failed again. Soft reaction and ineffective sanctions policy that the EU used did not stop the annexation and did not discourage Russia from further aggression, which eventually led to the ongoing full-scale invasion.

Since the war in Ukraine began, the EU has been showing more unity and adopting more severe sanctions against Moscow but, recognising Georgia’s vulnerabilities, more needs to be done to prevent a conflict from eventually breaking out in the South Caucasus region as well.

‘We do not need to give [Russia] the idea that there are soft spots defended by no one,’ said Georgia’s President Salome Zourabichvili in an interview with the Financial Times.

It is almost certain that the war in Ukraine will not be Russia’s final attempt to cause destabilisation and disrupt the current international order. Hence, stronger Europe and deeper cooperation are necessary to protect the most vulnerable nations.

Georgia once paid a high price for its long-standing commitment to the EU. To avoid history repeating itself, the EU must not forget about Georgia, which is fighting hard to be a part of the free, democratic world.

Katarzyna Rybarczyk is a political correspondent for Immigration Advice Service. She covers humanitarian issues and conflicts.

Georgia and NATO: Close cooperation but no membership

The European Commission recommends to Council confirming Ukraine, Moldova and Georgia's perspective to become members of the EU and provides its opinion on granting them candidate status