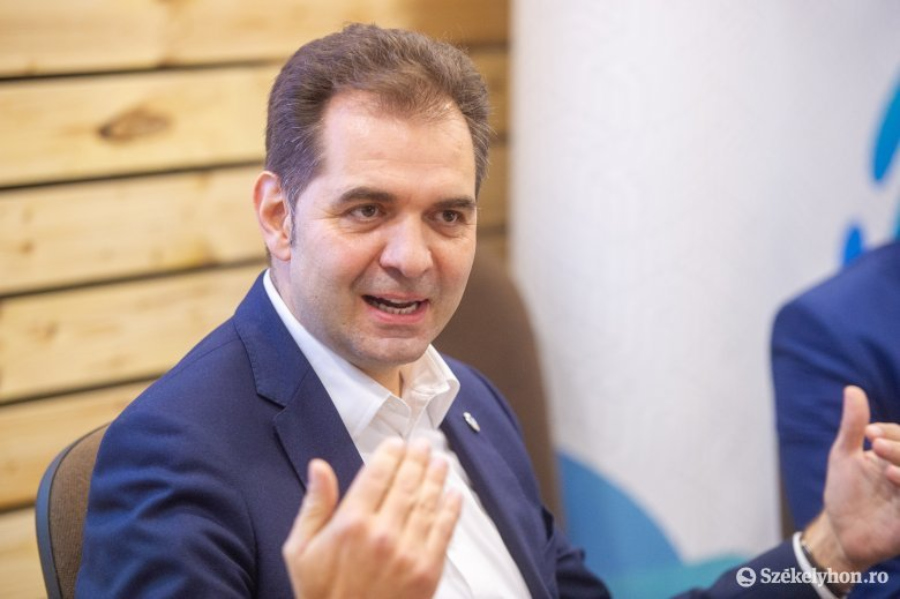 Bridging the multicultural divide is never an easy tasks. But Antal Arpad, the mayor of Sfântu Gheoghe set out to do just that. He looks to pioneer a program that will help ethnic Romanians and Hungarians to learn each other’s language, writes Cristian Gherasim.

During a recent press conference the mayor announce 1,000 scholarships worth around €200 each to Romanians and Hungarian who want to take part in the language learning programme.

"I promised during the election campaign that in this term I will initiate programs for Hungarians to learn Romanian, and for Romanians to learn Hungarian, and I am very excited that I can solve this problem in collaboration with Babeş-Bolyai University. This year, in the budget of Sfântu Gheorghe municipality we will allocate an amount of 1 million lei, of which we will support a thousand people with 1,000 lei each. We want these people to increase their level of knowledge of the language of the other community by one level, so those who are at the base to advance by one level, and those who are at the intermediate level to reach an advanced level. I think this is very important, and here students will be able to obtain funds, but also those who return to the city after completing their university studies in other cities, or maybe abroad, and can learn Romanian and Hungarian, respectively,” explained Mayor Antal Árpád (pictured).

The city of Sfântu Gheoghe located in central Romania, in the historic region of Transylvania, has a mostly Hungarian population. Following the census of 2011, 41,233 (74%) of the city's 56,006 inhabitants classed themselves as ethnic Hungarians, 11,807 (21%) as Romanians, with the remaining inhabitants belonging to other ethnicities.

Arpad said that the idea for a language learning program to help end the communication barrier that exists in Sfântu Gheorghe started to take shape a few years back following a local essay contest.

The mayor hopes that the program will bring the community closer together and reap economic benefits as well. The local university will be hosting the language lessons which are aimed at both students and people who return to the city after completing their studies in other cities or countries.

Students will take a test at the beginning and at end of the program. Financial support from Sfântu Gheorghe City Hall will be conditioned by working towards bettering language skills, Mr. Arpad explained.

Examples from around the world

Melbourne’s neighbourhoods are home to one of the world’s most culturally diverse communities. In Australia’s second-largest city, you can find most of the world’s major cultures, more than 100 nationalities and as many languages. Bilingual teaching was started in Melbourne in 1974, with schools such as Footscray Primary School, Richmond west primary school, Fitzroy Primary School providing bilingual programs where in addition to English the curriculum is taught in Vietnamese and Mandarin.

The National Statement for Languages Education in Australian Schools, introduced in 2005, also explicitly recognizes the importance of learning languages other than English. Some of these programs are taught in mainstream schools, while others are offered through ethnic or community languages schools.

In Europe, Belgium has a longstanding history in supporting bilingualism. In addition to its three official languages, many other mother tongues are provided funding. For example, minority language instruction has been available in Flanders since 1981. In the Flemish community, while Dutch is the official language of education extra resources are allocated under the Ministry of Education and Training's program "equal opportunities for all" to teach non-Dutch-speaking people.

In Spain, while Spanish is the only language with official status for the whole of the country, many other languages have co-official or recognised status in specific regions, and a number of unofficial languages and dialects are spoken in certain parts of the country. Spain’s National Action Plan for Social Inclusion aims to promote agreements with the autonomous regions to develop bilingual and trilingual teaching programs.

Across the European Union, from the likes of Erasmus+ and Creative Europe funding programs there are various EU-funded initiatives aiming to support the teaching of regional or minority languages in schools in Europe.