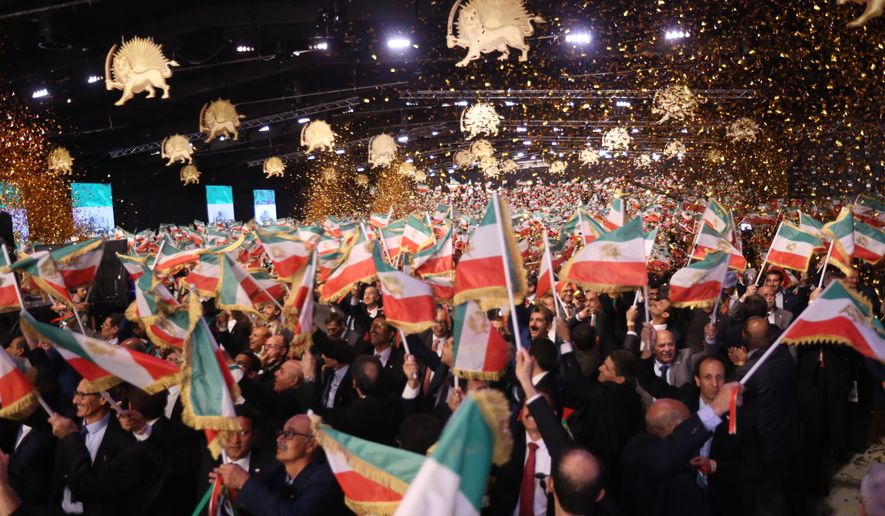 An international event entitled, “Free Iran World Summit 2022,” in which expatriate dissidents, and international dignitaries in support of a coalition of Iranian opposition groups, the National Council of Resistance of Iran (NCRI), and Resistance Units inside Iran, are participating, is scheduled to take place on July 23 and 24.

According to the activists, this year’s summit is standing out since it is taking place at a very crucial time.

As one organizer of “Free Iran World Summit 2022” put it, the global event that is taking place one year after the installment of Ebrahim Raisi as the president by the supreme leader, Ali Khamenei. From all indications, this desperate move by the supreme leader to change the tide against the regime has been an utter failure, and there are growing signs that the current situation has become untenable and a fundamental change in Iran is underway.

He underscored that Iran’s economy is facing an irremediable crisis due to systematic and rampant corruption, nepotism at the highest level, and decades-long mismanagement.  According to state-controlled media, 70 percent of the population lives below the poverty line. The Iranian cities have been rocked by continuous anti-government protests in the past few months with slogans including “down with Khamenei”, and “down with Raisi.”  Over the past few months, activities of organized opposition, Resistance Units, have shown a remarkable surge in scope, frequency, and impact.

The organizer stressed that the international community belatedly is realizing the threat the Iranian regime poses and there is a renewed sense of urgency for the need for a realistic approach vis-a vis Tehran and its malign conduct. He said it is not a matter of dispute that Tehran has no intention to give up on its wide-ranging nefarious conduct from obtaining nuclear weapons to the proliferation of ballistic missiles and nurturing terrorists throughout the region.

In the several years preceding the corona pandemic, annual participation in similar summits was estimated at around 100,000. This figure comprised mostly Iranian expatriates living in Europe, the United States, Canada, Australia, and so on. But other participants included lawmakers, current and former officials, scholars, and community leaders from each of those regions. The NCRI has been keen to highlight the non-partisan makeup of the various delegations.

The organizers of this year’s event anticipate the participation from a stellar roster of international dignitaries. Hundreds of those dignitaries have already confirmed their attendance. Indeed, legislative groups throughout Europe and North America have been formed in years past to declare support for the NCRI, the main Iranian opposition movement, the People’s Mojahedin Organization of Iran, (PMOI/MEK), and the NCRI President-elect Maryam Rajavi.

Prior support for the Resistance has also come from senior former officials of the executive branch of the US government, as was highlighted in May and June through trips to Ashraf 3, home to some 3,0000 members of the MEK in Albania by former Secretary of State Mike Pompeo and former Vice President Mike Pence, respectively.

In a speech during his visit, Pence declared that the NCRI has American support for its goal of “establishing a secular, democratic, non-nuclear Iranian republic that derives its just powers from the consent of the governed.” He also expressed the belief that “the Iranian regime has never been weaker than it is today,” and “today, the resistance movement in Iran has never been stronger.”

This sentiment derived from a wave of protests that began sweeping over the Islamic Republic at the end of 2017, when simultaneous demonstrations in more than 100 cities and towns throughout Iran prompted Supreme Leader Ali Khamenei to acknowledge the organizational role played by the MEK and its direct-action groups, known as Resistance Units. An even larger uprising took place in November 2019, leading government authorities to fatally shoot approximately 1,500 peaceful protesters. Yet large-scale demonstrations were still ongoing two years later at the time of the 2021 summit, and they are still ongoing today, as expatriates look forward to this year’s event.

Unrest has been continuous in areas of Iran since the start of May, when organized labor groups, particularly the nation’s teachers’ union, held demonstrations to demand higher pay and better conditions. Less than a week later, broader economic protests broke out after the government arbitrarily removed food subsidies, causing the prices of some items to more than triple overnight. While these demonstrations were still ongoing, a building collapsed in the city of Abadan, killing dozens and becoming a new symbol of the devastating effects of government corruption and mismanagement.

Meanwhile, MEK affiliated Resistance Units have continued efforts to promote the idea that there is a viable alternative to the system behind that corruption. Since the start of 2022, those activist collectives have dramatically expanded their tactics for both reaching the civilian population and directly challenging the clerical regime. The now-familiar slogan “death to Khamenei” and hail to Resistance leaders, Rajavi, appeared on hijacked state media broadcasts in January, and the resistance network inside Iran has since taken down government ministry websites and disrupted municipal systems in Tehran.

Participants in “Free Iran World Summit 2022,” can be expected to promote the idea that these and other recent developments point toward the possibility of regime change, and that this outcome can be achieved even more quickly and with less strife if the international community recognizes and supports the democratic opposition. They can also be expected to argue that the obstacles to this policy include effective and longstanding Iranian propaganda.

As Pence said at Ashraf 3: “One of the biggest lies the ruling regime has sold the world is that there's no alternative to the status quo. But there is an alternative. A well-organized, fully prepared, perfectly qualified, and popularly supported alternative… [whose] commitment to democracy, human rights, and freedom for every citizen is a vision for a free Iran and an inspiration to the world.”