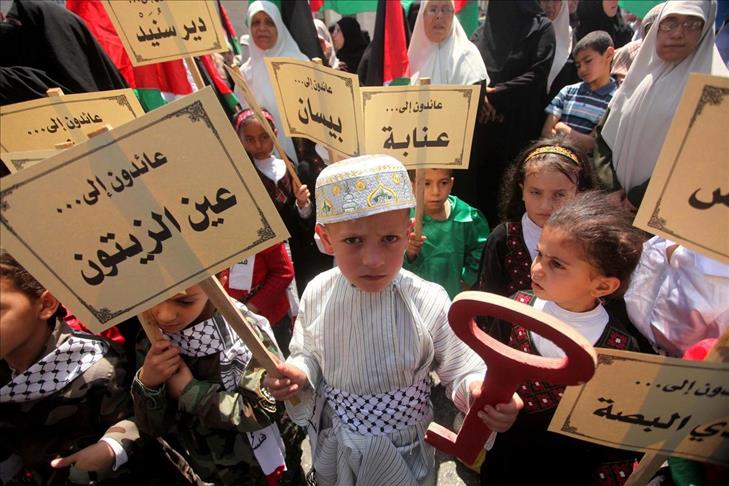 The June 2021 publication of an overdue review of Palestinian textbooks by Germany’s Georg Eckert Institute (GEI) was meant to bring peace of mind to those who have long suspected that the Palestinian Authority (PA) curriculum does not meet UNESCO standards. With concerns expressed that the curriculum perpetuates conflict by promoting hatred and violence, alongside employing antisemitic and militaristic tropes, €225,000 was invested by the EU to fund an ostensibly comprehensive review, write MEP David Lega (Sweden), MEP Miriam Lexmann (Slovakia) and MEP Lukas Mandl (Austria).

The findings and their presentation should be as concerning as the textbooks themselves. Among these were a myriad of examples which teach hatred, encourage violence and reject peace. Within the report’s pages one finds an array of alarming and harmful content, from the glorification of gruesome terrorist activities, such as the 1978 Coastal Road massacre, to the negation of Israel as a legitimate entity, expressed through maps and nomenclature. Examples are not limited to the teaching of history or civics, with a cursory glance of maths and science textbooks finding examples of violence and death used to teach the subject, alongside the evocation of classic antisemitic tropes and conspiracies, such as treachery and greed.

It is quite clear that the prevalence of such material – which the report observes entrenches a narrative of antagonism and resistance – does not in any way meet UNESCO standards of peace, tolerance, and non-violence. What is not clear is how the GEI squares this fact with their dual claim that the textbooks “largely adhere to UNESCO standards”. Although it was meant to be a review, the GEI report ended up serving as a justification for the radicalization of children through the PA curriculum.

This can be summed up in one sentence found at the start of its executive summary, “Palestinian textbooks are produced and located within an environment saturated with ongoing occupation, conflict, and violence, which they in turn reflect”.

If the perseverance of conflict generates new standards justifying the presence of incitement in school curriculum, why bother examining it according to international standards at all? Effectively excusing away the use of curriculum to perpetuate violence due to the fact that it was written in a conflict zone is not only counterintuitive, but stands in clear opposition to UN standards.

In its own policy recommendations regarding preventing incitement, the Office On the Prevention of Genocide states: “States should institute an education system that develops attitudes and behaviours necessary to counter hatred and prejudice…including modules on how to prevent and to resist incitement”. This is clearly not the case with PA textbooks.

As members of the European Parliament, which places above all the values of tolerance, justice, solidarity and non-discrimination enshrined in Article 2 of the Treaty of European Union, we find the appropriation of such “values” to justify hatred disgraceful. Although the report does correctly identify the newfound inclusion of European values, such as human rights, in the curriculum, it depicts these as a tool in the Palestinian arsenal instrumental in helping delegitimize the Israeli “aggressor”. It also conveniently ignores the PA’s abysmal domestic record of human rights, raising a generation of Palestinian children not understanding that arbitrary arrest and torture are not acceptable government responses to criticism.

Seemingly innocuous concepts such as identity are also used throughout the report to justify the inclusion of material which if seen in textbooks in the EU, would recall darker days in our history. This includes maps that omit the State of Israel, explained away in the report as “an important unifying symbol of Palestinian identity”, alongside antisemitic depictions explained as appropriate because the “State of Israel defines itself in national terms as a Jewish state”.

Another problematic method employed throughout the GEI report is quantifying the use of violent content as a means of justifying its presence. When pointing out cases of incitement or anti-semitism, the report thus notes that they only appear a limited amount of times. European values, UNESCO standards and common decency converge on the understanding that zero tolerance for hate teaching is not negotiable. How can we expect a peaceful resolution when the examples used to teach maths to children in grade 9 include the calculation of “martyrs” including suicide bombers?

The report fails or chooses not to assess and endorse the teaching of a peaceful resolution to the conflict or a two-state solution, which is the policy of the EU. It simply rationalizes and excuses the PA’s decision to teach hate and “resistance” rather than peaceful, negotiated resolutions. There is no potential for reconciliation in a textbook that calls on students “eliminate the usurper [Israel] from my country and to exterminate the foreigners” (GEI incorrectly translated exterminate as kick out, although this is similarly antithetical to a two state vision).

Nobel Peace Prize Winner Malala Yousafzai paraphrased the importance of education well when she stated, “Education is the power terrorists fear most”. Conversely, indoctrinating children to hate creates a breeding ground for terrorism and perpetuates endless cycles of violence. It is high time European colleagues took the issue of incitement seriously and began exerting pressure on our institutions to not fund projects which stand in stark contrast to the principles which bind our European Union, “the indivisible, universal values of human dignity, freedom, equality and solidarity”.