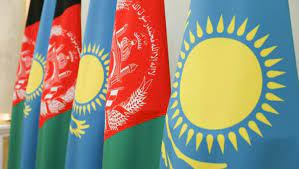 The president of Kazakhstan says the country is “closely monitoring” the current situation in neighbouring Afghanistan following the takeover by the Taliban, writes Colin Stevens.

Concerns are growing in Kazakhstan about continuing instability across the border, and also about a rising influx of refugees seeking resettlement from war-torn Afghanistan.

Kazakh President Kassym-Jomart Tokayev recently convened a high-level meeting of government ministers and officials to discuss what many see as a worsening situation in Afghanistan. The heads of law enforcement agencies in Afghanistan were also involved in the talks.

Other participants included Kazak Prime Minister Askar Mamin, heads of the National Security Committee, the ministries of Foreign Affairs, Defense, Internal Affairs and the Emergency Situation, along with the General Prosecutor’s Office and State Security Service.

President spokesperson Berik Uali said a “prompt response to the situation in Afghanistan considering the national interests of Kazakhstan and issues of ensuring the security of our people” were discussed.

He added, “The President instructed the government to continue closely monitoring the development of the situation in Afghanistan, which is extremely important for making decisions regarding further cooperation with this country.”

President Tokayev, after the meeting, spoke about an “escalation of tensions” in Afghanistan and the need “to take measures to ensure the safety of our people and diplomats in Afghanistan.”

Many nations have desperately scrambled to evacuate their diplomats and citizens since the Taliban takeover in August.

Another issue under spotlight is the temporary settlement of refugees from Afghanistan and a possible threat to security.

The Chairman of the Kazakhstan Council on International Relations Erlan Karin has sought to allay such fears, saying that the situation in Afghanistan poses no direct threat to Central Asia.

But he admitted, “Of course, as people we have some anxiety. One of the threats posed by the Taliban movement is related to the fact that they gave shelter to various other radical groups.

Kazakhstan, meanwhile, says it has  evacuated a group of ethnic-Kazakh Afghan nationals from Kabul to the Central Asian nation as countries continue to try and move people out of the war-torn country following the Taliban's seizure of power.

According to Kazakh officials, there are about 200 ethnic-Kazakh Afghans in Afghanistan although the actual figure is thought to be much higher.

Since Taliban militants took control of almost all of Afghanistan  many Afghans have urged Kazakh authorities to take them to Kazakhstan, claiming to be ethnic Kazakhs.

But there is thought to be growing discontent of some Kazakhstanis with the situation in which the state was supposedly providing significant humanitarian support to Afghanistan instead of helping its own citizens in need.

Dauren Abayev, First Deputy Head of the Presidential Administration of Kazakhstan, said, “Kazakhstan is not the only country rendering assistance to Afghanistan.The international community must assist in providing the necessary environment for the return of normalcy to Afghanistan after decades of armed conflict. Unless that happens, unless the normal life is restored in that war-torn country, the risk of incursions and attacks by extremist forces, the threat of drug trafficking and radicalism will always invisibly hang over us all”.

As the international community reacts to a Taliban-controlled Afghanistan, one proposal that has been suggested is the deployment of a United Nations-led peacekeeping mission to Kabul in order to create a safe zone for future evacuations. The UN already has a mission in Afghanistan, which has temporarily relocated some staff to Kazakhstan to continue its operations.

A Brussels-based expert on Central Asia said, “Afghanistan has been facing severe financial constraints due to blocking of the foreign aid flow to the country. The Afghan population suffers a shortage of food supplies. The resumption of food delivery to Afghanistan is, therefore, very important for normalizing the situation in the country.

“The way things are, Kazakhstan seems to have the highest stake in the restoration of economic stability in Afghanistan.”