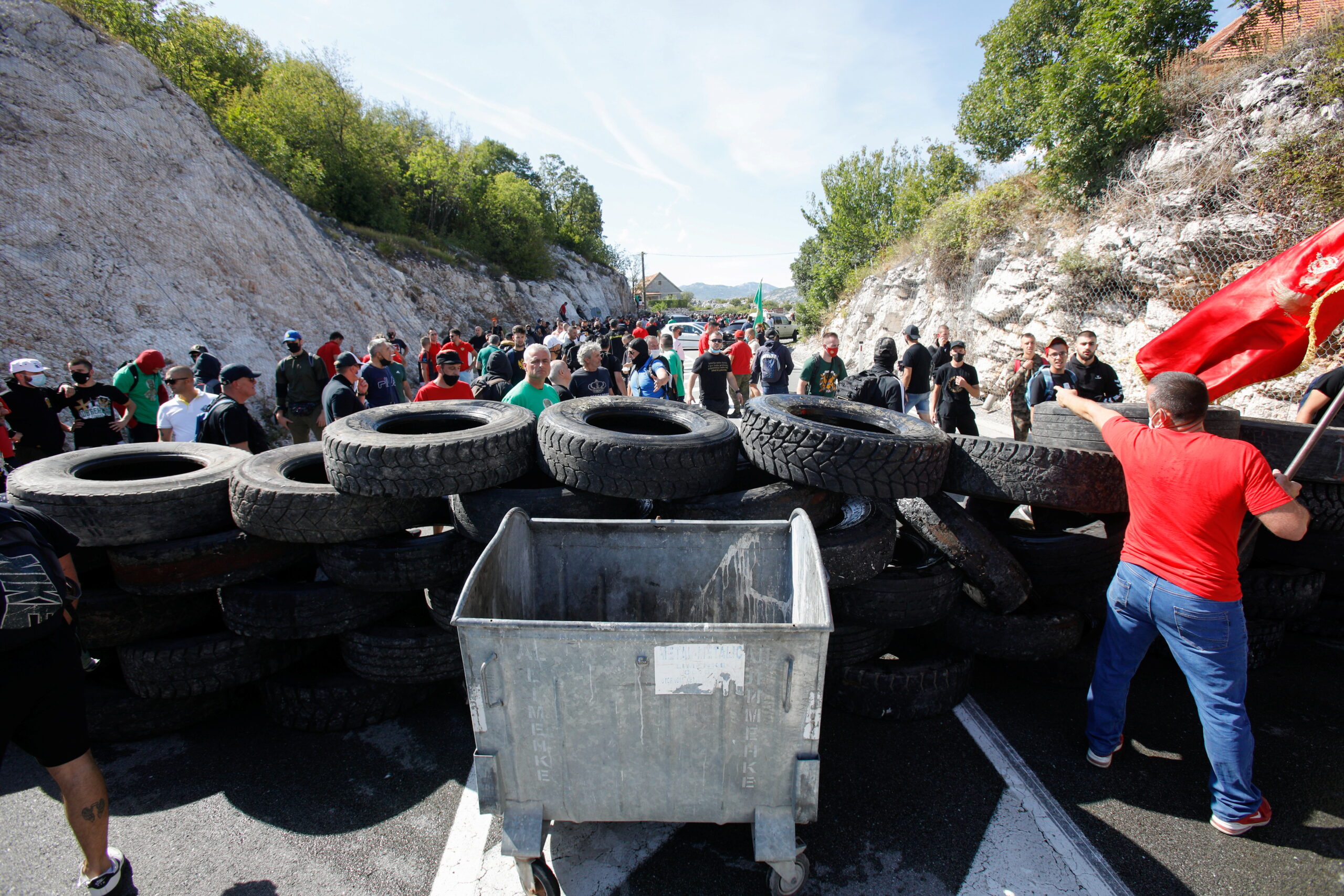 Several thousand protesters used tyres, rocks and vehicles to block roads leading to the city of Cetinje in southwest Montenegro on Saturday (4 September) in a bid to stop the Serbian Orthodox Church holding an enthronement ceremony for its new top cleric, write Ivana Sekularac and Stevo Vasiljevic, Reuters.

The protests reflect tensions in the Balkan country, which remains deeply divided over its ties with Serbia, with some advocating closer ties with Belgrade and others opposing any pro-Serb alliance.

Montenegro left its union with Serbia in 2006 but its church did not get autonomy and remained under the Serbian Orthodox Church, making it a symbol to some of Serbian influence.

Opponents of the enthronement of Joanikije II to the top clerical position, known as the Metropolitan of Montenegro and Archbishop of Cetinje, pushed through police barricades on Saturday, taking control of roads leading to the city.

At one point police used tear gas but this failed to disperse the protesters who said they would hold the barricades through the night.

Protesters also took down a fence the police had put around the monastery in Cetinje where the enthronement is supposed to take place on Sunday morning.

"We are on the barricades today because we are fed up with Belgrade denying our nation, and telling us what are our religious rights," protestor Andjela Ivanovic told Reuters. "All religious objects (churches) built in Montenegro belong to people here and to the state of Montenegro."

In the capital Podgorica by contrast, thousands gathered to greet the Serbian Patriarch who arrived on Saturday afternoon. None of the church officials talked about the possibility of moving the date or the venue of the enthronement ceremony.

For Montenegro and EU, tackling smuggling and embracing reform are a two-way street