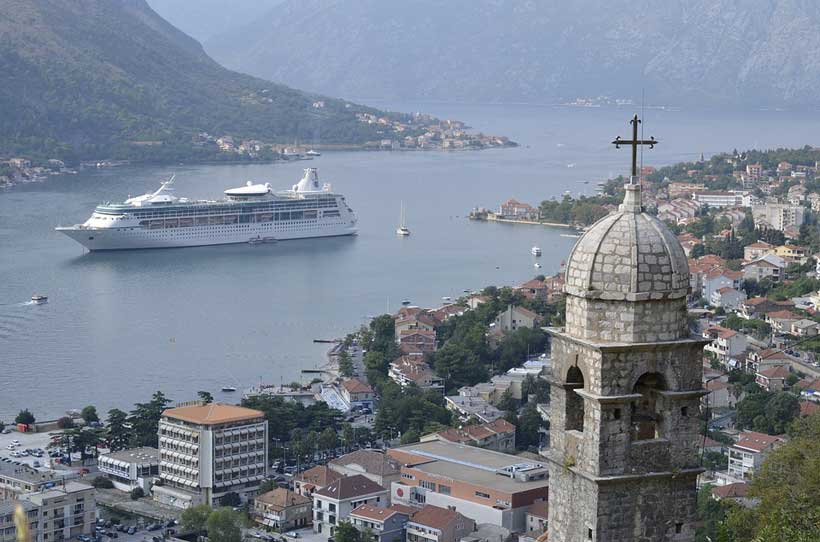 Milo Djukanovic’s Democratic Party of Socialists (DPS) may have lost power in Montenegro’s parliamentary elections last year, but as the country’s new leaders have come to appreciate, the legacy of thirty years of one-party rule is not easy to overcome, writes Colin Stevens.

Violent protests over the Serbian Orthodox Church’s position in the Adriatic country this past weekend, for example, were just the latest chapter in a dispute over ethnic and religious divisions that Djukanovic – who still serves as president – deliberately exploited to pit his country’s citizens against one another during his three decades as the undisputed ruler of Montenegro.

Zdravko Krivokapić, the university professor who led an opposition coalition to victory over the DPS and has served as prime minister for less than a year, is still contending with the ramifications of Djukanovic’s policies as he pushes forward with Montenegro’s aspirations for European Union membership.

A state built on smuggling

One area where Krivokapić has earned plaudits from Montenegro’s European partners is his battle against smuggling and organized crime, which under Djukanovic made up a substantial part of Montenegro’s economy.

Even after the country joined NATO in 2017, the European Commission still considered the Montenegrin port of Bar a “platform for smuggling counterfeit cigarettes into the EU together with legally produced and illegally traded cigarettes”. Djukanovic himself is so directly connected to the country’s underworld that he was indicted by Italian prosecutors in 2008, escaping prosecution thanks to diplomatic immunity.

As an in-depth investigation by the New York Times last month made clear, the officials tasked with dismantling Djukanovic’s mafia state are doing so at considerable risk to themselves. Deputy premier Dritan Abazovic, who leads the anti-smuggling effort, is working under the protection of seven bodyguards, while Montenegrin police recorded their largest-ever drug bust by seizing more than a tonne of cocaine hidden in a banana shipment last month.

Djukanovic, for his part, is surprisingly candid about his governments’ links to organized crime, defending his embrace of illicit tobacco smuggling to European markets as “absolutely legitimate to try and ensure that the country and people survived” sanctions imposed in the 1990s. While the Montenegrin president claims his role did not go beyond allowing firms to store cigarettes at the port of Bar, investigative reports from regional outlets have uncovered tens of millions of dollars Djukanovic himself allegedly made from smuggling.

A break from Montenegro’s tainted past

Given the illicit tobacco trade through Montenegro potentially costs EU governments hundreds of millions of Euros in lost tax revenues, Krivokapić’s reform efforts have unsurprisingly earned plaudits in Brussels and beyond.

Weeks before the new government took power, the Commission’s 2020 report on Montenegro criticized “fundamental and systemic deficiencies in its criminal justice system” under DPS rule, pointing specifically to the handling of cases linked to organized crime. Individual European officials have been even more outspoken: in response to the church protests, EU rapporteur for Kosovo Viola von Cramon-Taubadel lambasted the “former corrupted elite that captured the state” for “trying to antagonize Montenegrin society and prevent long-awaited democratic and rule-of-law reforms.”

Krivokapić, by contrast, secured a promise of “full support for the reforms your country is undertaking” from Council president Charles Michel last December. Since then, he has earned praise for his efforts to tackle cigarette smuggling from leaders including British prime minister Boris Johnson, with Downing Street highlighting the issue in its writeup of the bilateral meeting between the two premiers this past July.

Rhetorical support for reforms in Montenegro makes for good headlines, but if European leaders are serious about tackling cigarette smuggling, they will need to go much further. Even as it criticized Djukanovic and the DPS for their cosy relationship with tobacco smugglers, for example, the EU launched its own “track and trace” system for tobacco products that public health experts claim hands over key components of the process to the tobacco industry itself.

The European Union’s end of the bargain

Many of the illicit cigarettes in the EU, including the “cheap whites” exported from Montenegro, are manufactured legally in one jurisdiction and then smuggled into others, taking advantage of price differentials to undercut tobacco taxes and secure market share.

Tobacco majors such as Philip Morris International (PMI) and British American Tobacco (BAT) have long been accused of complicity in this practice. PMI, for its part, reached a $1.25 billion settlement with the EU that saw it contribute funding the bloc’s anti-smuggling efforts from 2004 until 2016. While similar deals with companies such as BAT are still ongoing, the EU is also bound by its obligations under the World Health Organization’s Framework Convention for Tobacco Control (FCTC) to maintain a strict separation between the industry and its tobacco control efforts.

As the FCTC makes clear, the industry’s role in the illicit tobacco trade makes it an untrustworthy partner in the fight against tobacco smuggling, especially as reporting from outlets such as the Organized Crime and Corruption Reporting Project (OCCRP) and the Guardian makes clear that involvement is still ongoing. The EU, however, has not been consistent in following the FCTC’s guidance, especially when it comes to implementing a track and trace system.

As part of its 2004 deal with the EU, PMI developed a tobacco traceability system based on software known as Codentify. While Codentify claims to enable authorities to trace tobacco products from initial producer to end consumer, tobacco control experts reject it as a “black box” and a “Trojan Horse” for the industry to subvert the hunt for fraudulent cigarettes. Despite those warnings, the EU has allowed companies linked to the tobacco industry – including France’s Atos, and Switzerland-based Inexto – to implement track and trace systems for cigarettes, based on Codentify, in EU member states.

While they exert pressure on Krivokapić’s new government to push ahead with reforms and crack down on organised crime, EU officials in Brussels could take an equally critical eye towards their own handling of the tobacco smuggling issue. However much revenue Djukanovic-era Montenegro might have earned from illicit tobacco, the industry itself has undoubtedly earned far more.

Salinas - no coastal wetlands means no salt on your table