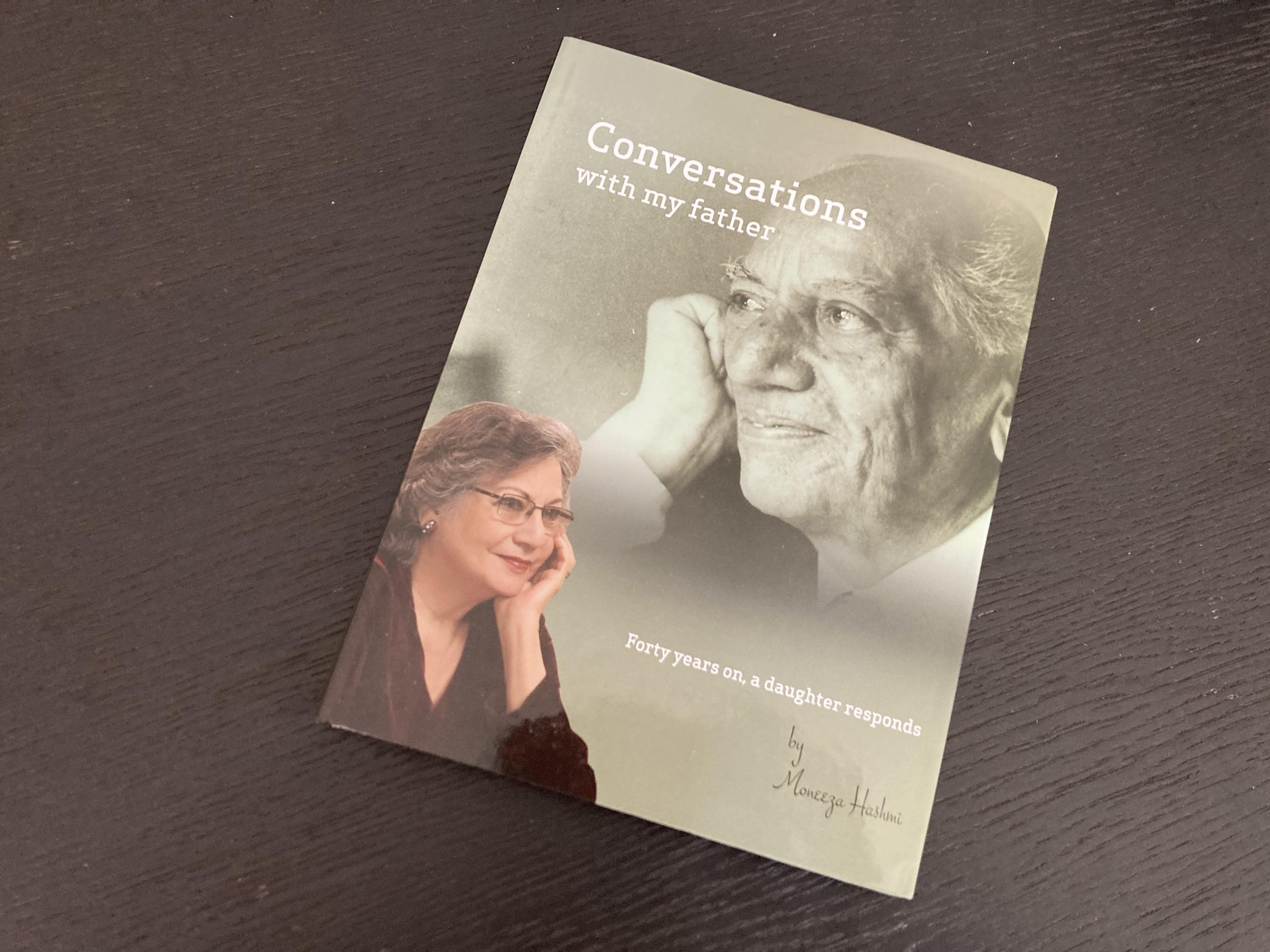 A book based on the letters the renowned Pakistani poet Faiz Ahmed Faiz sent to his daughter has been launched in Brussels. Moneeza Hashmi’s (pictured) ‘Conversations with my father - Forty years on, a daughter responds’ evokes a loving but yet necessarily distant relationship with a poet, journalist and human rights activist, who endured periods of imprisonment and exile, writes Political Editor Nick Powell.

“Not a memoir, not a catharsis, not a biography but a conversation we never had”, was how Moneeza Hashmi described her remarkable book about her father at its launch in Brussels. The ceremony was organised by the Embassy of Pakistan, in collaboration with the European Literary Circle, as part of its activities to mark the 75th anniversary of Pakistan’s independence.

Her father was the legendary poet Faiz Ahmed Faiz. He was described by Pakistan’s Ambassador to the European Union, Dr Asad Majeed Khan, as one of the greatest poets of the Urdu language, with a unique literary focus on fundamental freedoms, democracy and labour rights, as well as political and social equality.

Moneeza Hashmi said the enduring popularity of her father’s poetry was because it was written for the people and of the people. She described how he simply depicted the common people, yet transformed them “in the most beautiful style of classical poetry”.

The event included readings of some of Faiz Ahmed Faiz’s poems, in both Urdu and in English translation. If the translations could not fully convey the beauty of the original, they illustrated how the poetry spoke to the people.

‘Even if you’ve got shackles on your feet,

Go. Be fearless and walk’.

Another also urged bravery and boldness:

‘Speak because the truth is not dead yet,

Speak, speak, whatever you must speak’.

Moneeza Hashmi said she was moved to write the book in order to project her father as only she and her sister knew him. It is based around the numerous letters and postcards he sent to her during their long periods of separation due to his activism, his imprisonment and his exile in Lebanon.

Her contemporary replies are lost but she responds anew, nearly forty years after his death and with all the perspective that her own life and career have given her. (She worked for Pakistan Television for over four decades, retiring as its first female Director of Programmes).

Moneeza Hashmi writes of her father as “the person closest to me while he lived and even after he left” but she also illustrates the pain of separation, with her regret at a lack of connection with him during his lifetime. “And so I thought of telling him all that I should have shared with him then and since”.

“The years in between do not matter. The distances in between hold no significance”, she continues. “It is a daughter speaking to her father. A bond that does not change with time, boundaries or touch. It is a connection beyond physicality. It is of thoughts merging, of spirits intertwining, of love encompassing all”.

Beautifully written, ‘Conversations with my father - Forty years on a daughter responds’, is also beautifully illustrated with the original letters, postcards and photographs. It is published by Sang-e-Meel Publications and is on sale in Belgium for €20.

A huge humanitarian crisis: Pakistan’s Ambassador warns of the growing consequences of the floods in his country