Romania’s capital will preparing for the Solar Decathlon Competition which is an international competition for solar home designs, writes Cristian Gherasim, Bucharest correspondent.

The event was announced following a press conferences held by EFdeN and the Energy Endeavour Foundation, a recent winner of the European Solar Prize, stewarding student research competitions & awareness activities in the fields of social, economic & environmental resource-responsibility.

The Solar Decathlon Europe (SDE) is an international student-based Competition that challenges collegiate Teams to design, build and operate highly efficient and innovative buildings powered by renewable energy.The winner of the Competition is the Team able to score the most points in 10 contests.

Solar Decathlon is the most important sustainable housing competition in the world and first took place in 2002 in the United States. The Minister of Environment, Waters and Forests, Barna Tánczos, announced that the Government will partially provide financial support for the organization of the competition in Bucharest, and next week will approve a formal Memorandum in the Government in this regard, after which a Government Decision will be drafted.

The Minister of Environment likened this competition to the World or European environment championship.

“We will succeed in organizing flawlessly such an international competitions in Romania. It's like having a World or European Championship taking place in your country. Certainly we are much more receptive sometimes to the European Football Championship, because we are used to being in the stands, to support the national team. But this national team made up of young researchers, students with vision and the will to do something as important as any other national team, managed to bring such a competition to Romania. The Ministry of Environment will support this team and this initiative, together with our colleagues from the other ministries ", the minister declared during the press conference.

Until 2023, when the competition is scheduled to take place in Bucharest, Romania will be present at the 2021 edition of the international competition, which will take place in Germany, in Wuppertal.

At the previous edition of the “Solar Decathlon”, which took place in November 2018, in Dubai, EFdeN, the NGO which will be representing Romania during the upcoming edition, designed the EFdeN Signature solar house project, carried out by a team made up mainly of students. The house has a usable area of 75 square meters and consists of dining, living room, a bedroom, a bathroom and a kitchen. The building is 100% electric, and the energy is produced with the help of photovoltaic panels, which are arranged on the roof of the house. The price of the house amounts to 300,000 euros.

Gabriel Paun, environmental expert, told EU Reporter that the Solar Decathlon Competition brings forward some of the best environment friendly designs and some most innovative projects ever conceived.

“I would bet that the winner will come up with a house design that is equally efficient from the energy point of view and minimalist in terms of using resources/materials. It should also be a very beautiful, comfortable, plastic free and vegan”, Paun told EU Reporter.

Paun said that there are some many tools and methods to develop an environment friendly home.

“New findings show that even plastic can be made out of plants. Hemp can be used as an isolation material”, he told EU Reporter.

Related Topics:RomaniaSolar Decathlon Competition
Up Next 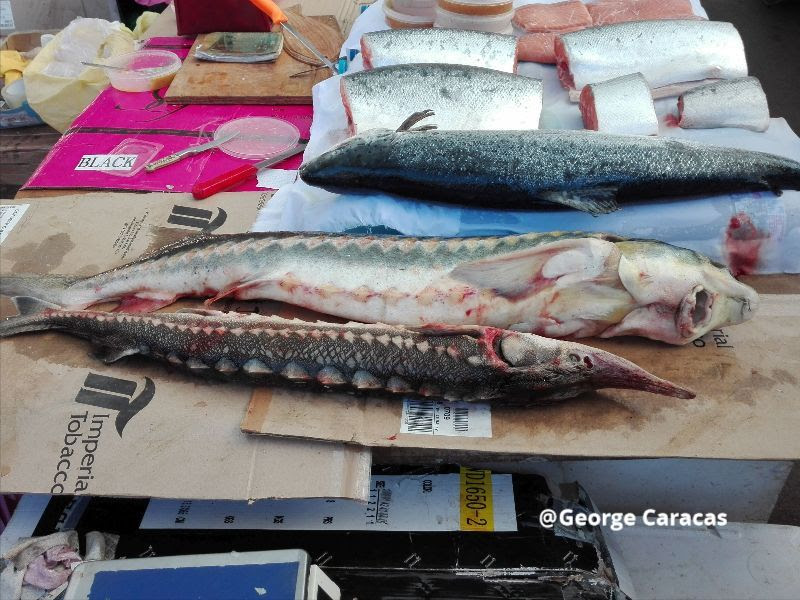 Hot on the heels of the release of WWF’s sturgeon market survey last week that detailed the systemic poaching of critically endangered sturgeon along the Lower Danube, there is some fantastic conservation news from Romania.  Romania has taken a firm decision to indefinitely extend its 5-year temporary ban on fishing and selling of all 6 wild sturgeon species and wild sturgeon products. The decision was supported by scientific evidence gathered during WWF’s Life for Danube Sturgeon Project. The decision follows a long campaign by WWF and many other conservation organisations. Romania has now joined other countries in the region where sturgeon fishing has been permanently banned. Bulgaria remains the last country in the Black Sea Basin without a permanent ban in place, but it extended its temporary ban on sturgeon fishing in its Danube and Black Sea territory in January for another five years.

"Sturgeons are long-lived species and take decades to recover from their critical status. A fishing ban without the previous 5-year limitation is the right step forward" - Beate Striebel, WWFs Sturgeon Initiative Lead.

According to the sturgeon market survey conducted by WWF in Bulgaria, Romania, Serbia and Ukraine in 2016-2020, poaching and the illegal market for caviar and wild sturgeon meat are among the most serious threats to sturgeon survival in the Lower Danube basin. During the survey, meat and caviar samples were gathered from retailers, restaurants, markets, intermediaries, aquaculture facilities, from fishermen and from online offers. Although fishing and selling wild sturgeon (and products) are prohibited in all these countries, the market survey showed that poaching and illegal selling and buying of wild sturgeon and sturgeon products is widespread in the region.

requirement for fishermen to report sturgeon bycatch and release it immediately in the respective river basin, regardless of their state of health. Bycatch remains a large threat for sturgeon species in the Danube and the Black Sea but very little is known about the numbers of fish that are accidentally caught. This change is significant because it will enable more efficient enforcement and help us better understand the volume and circumstances of bycatch. The ban also completely prohibits the use of any fishing equipment specifically used for catching sturgeon, such as ohanas and karmaks.

“Extending the ban indefinitely is an important step in sturgeon conservation. But it is not enough. An integrated and fair approach means working with fishing communities from communication, to involvement in conservation activities and alternative solutions to lost income, better law enforcement, proper research and monitoring, maintaining migration routes and last but not least, awareness of sturgeon products consumers in terms of their legality,” said Save Danube Sturgeons Life Natura Project WWF-Romania Coordinator Cristina Munteanu.

project aims to create ecological corridors by identifying key habitats and initiating protection measures along the Danube and its main tributaries. MEASURES has also released more than 9,000 baby sturgeon into the Danube.  Sturgeon are further helped through the SWIPE (Successful Wildlife Crime Prosecution in Europe) project, that aims to discourage and ultimately reduce wildlife crime by improving compliance with EU environmental law and increasing the number of successfully prosecuted offences.

WWF appreciates the increasingly strong commitment made by Romania and Bulgaria in taking crucial steps for the survival of sturgeons in the Green Heart of Europe.

The first Romanian satellite will be launched from the Black Sea area using a rocket designed and manufactured exclusively in the country, writes Cristian Gherasim.

With the June launch, Romania will put into orbit its first space satellite, becoming thus the second country in the EU after France to have done so.

According to the Romanian Cosmonautics and Aeronautics Association (ARCA), a private endeavor which focuses on building rockets and high altitude balloons, the launch is scheduled for early June.

By getting involved in launching Romania’s first satellite the Romanian Cosmonautics and Aeronautics Association aims to win the € 10 million prize offered by the European Commission. The award aims to stimulate the European aerospace industry to build satellite launch missiles, with a low impact on the environment and a low launch cost.

On ARCA Facebook page it’s being mentioned that the company has previously blasted into the higher layers of the atmosphere two stratospheric rockets, four large-scale stratospheric balloons, including a cluster-type balloon, and received two government contracts with the Romanian Government and a contract with the European Space Agency. It is also in the process of devising EcoRocket - a semi-reusable, steam-powered missile.

In the meantime, the volume of information needed to be gathered in order to prepare for the June space launch is staggering. There are very demanding requirements to be met in order for everything to go according to plan.

The people involved in every detail of this endeavor have to first go through a very rigorous training program, both from a theoretical but also practical standpoint. The technicalities involved are numerous and so many things can go wrong.

The company handling the launch said in a statement: “ARCA launch missions that include naval operations are the most complex type of mission we conduct. They require an exceptional effort to coordinate operations, in close cooperation with actively involved naval and military and civil aviation units. The security measures of the launch are exceptional, and we are proud of a 100% safety percentage."

130.000 sheep from Romania expected to die due to the Suez bottleneck

You might think the Suez crisis is over, but not for the hundreds of thousands of live animals which are still trapped in the Suez crossing, animals that are now running out of food and water. There are a total of over 200.000 live animals coming from Colombia, Spain, and more than half from Romania which have not yet reached destination. They are very likely to die as feed and water are quickly running out in the overcrowded ships that take them to their slaughter - writes Cristian Gherasim

The maritime blockade generated by the Ever Given might have passed but there are still a great many ships caring live animals over thousands of kilometers that haven’t even crossed the Suez despite expectations that they might have been given priority due to the fragile cargo and the fact that they are days behind schedule.

Animal welfare NGOs explained that even though the EU legislation demands transporters to load 25 percent more food than planned for their trip in case of delays, that rarely happens.

Animal rights NGOs say that even with the 25 percent buffer, these ships would now run out of animal feed long before they arrive in port.

For example, ships that left Romania on 16 March was scheduled to arrive in Jordan on 23 March, but instead it would now reach port on 1 April at the earliest. That is a nine-day delay. Even if the ship had the required 25 percent additional animal feed, it would only have lasted for 1.5 days

Some of the 11 ships full to the brim that left Romania carrying 130.000 live animals to Persian Gulf states have ran out of food and water even before the Ever Given was dislodged. Romania authorities said in a press release that they have been informed that priority will be given to this ships but nothing of that sort happened, said NGOs.

It is very likely that we will never know the magnitude of the worst maritime animal welfare disaster in history, as transporters regularly throw dead animals overboard to hide the evidence. More so, Romania would not release that information either, because it would not look good and authorities know that it would lead to investigations.

Live animals are slowly baked alive in the scorching heat from those confined metal containers.

Romania exports a great deal of live animals despite the appalling conditions. It has been singled out by the European Commission for its bad practices regarding live-animal exports. Only last year more than 14,000 sheep drowned when a cargo vessel capsized off the Black Sea coast. A year before the EU commissioner for food safety called for live exports to be suspended due to the heat. Romania doubled then their exports.

Live animal exports are not only cruel but also detrimental to the economy. Farmers lacking local meat processing facilities say that they are losing money having to ship their livestock overseas. Live animals are being sold 10 times cheaper than if the meat were to be processed in the country and then exported.

Live animal exports from Romania remains unabated even during the hot summer months despite the repeated warnings from Brussels, despite the fact countries such as Australia and New Zeeland put a stop to that, and despite this being an economical nonsense. Experts and studies show that processed and refrigerated meat would be more beneficial, bring economic advantages and higher returns