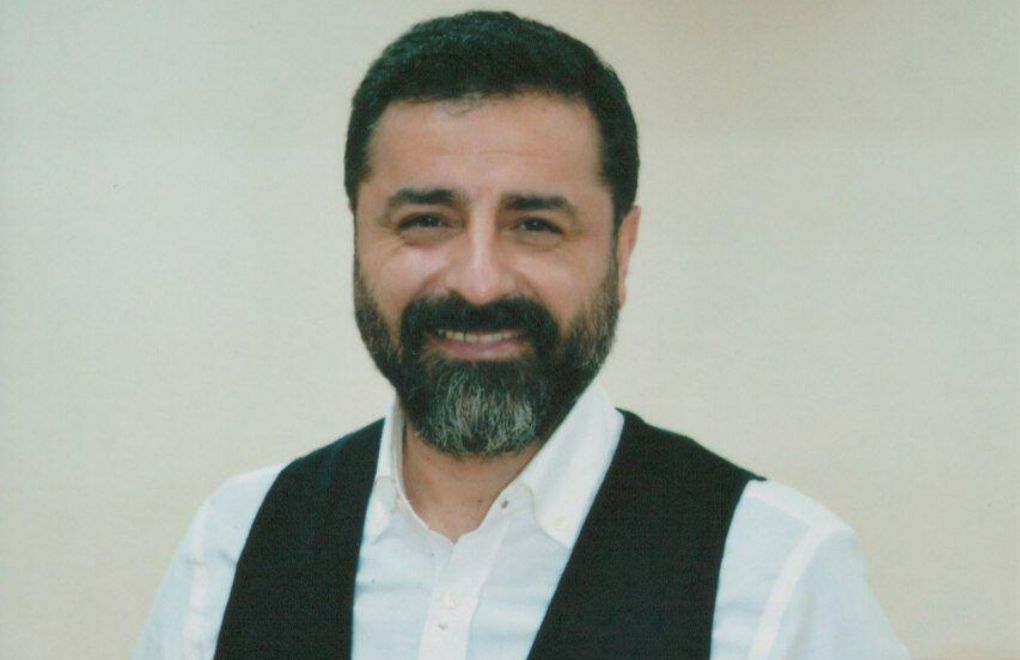 On the initiative of the Socialists and Democrats, the European Parliament is set to adopt today a resolution calling on Turkey to immediately release Selahattin Demirtaş, the former co-chair of the People’s Democratic Party (HDP) of Turkey, who has been in arbitrary detention since November 2016.

Demirtaş has been detained for more than four years on unsubstantiated terrorism-related charges, in spite of two binding rulings in favour of his release by the European Court of Human Rights. The Turkish government still refuses to release Demirtaş and on 7 January the Turkish court accepted a new indictment against him and 107 other people calling for 38 counts of life sentences.

“Selahattin Demirtaş, the former People's Democratic Party co-chair and a tireless voice against Erdogan’s authoritarianism, has been in pre-trial detention for more than 1,500 days on completely bogus charges. He has been ripped away from his family and friends for over four years now.

“The ruling of the Grand Chamber of the European Court of Human Rights, which ordered his immediate release on 22 December, came as a surprise to absolutely no one: Demirtaş’ detention is based on solely political motives.

“As a member of the Council of Europe, Turkey is obliged to ensure the prompt implementation of this ruling. Instead of releasing him, Turkey slapped an additional political indictment on Demirtaş and 107 others just days later.

“It is time we start to apply pressure that Erdogan understands. The Turkish foreign minister’s visit to Brussels tomorrow is useless if there is only talk and no action from the side of the authorities. With political prisoners like Demirtaş and Osman Kavala in jail, there can be no improvement in relations.

“The S&D Group expects all EU capitals to be vocal. The HDP party represents 6 million people in Turkey. Their leaders, their MPs, their mayors and their activists have all been thrown in jail. It is high time the European Union spoke up for the rights of Turkey’s citizens.”

Turkish Stream extended to the Balkans

EU-Turkey relations: Between co-operation and tensions 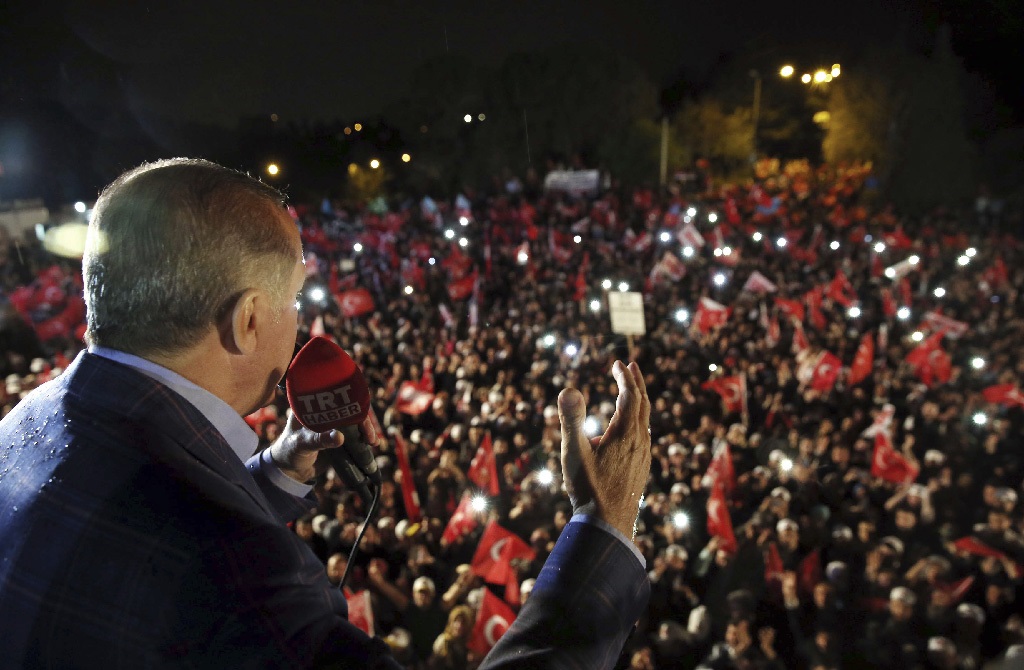 Tensions over democracy, migration and illegal energy drillings have led to a rethink of EU-Turkey relations. What is the status of the cooperation? EU-Turkey relations have deteriorated so much that the EU needs to profoundly reassess them, MEPs said in a report adopted on 19 May 2021. Members, who are concerned about human rights and the state of the rule of law in the country, warned that relations have been brought to a historic low point. World

Although this is far from the only time that the Parliament has raised concerns, the EU and Turkey do enjoy close links in many areas.

From trade to Nato, the EU and Turkey have enjoyed a productive relationship in many domains for decades. However, in recent years relations have turned frosty as concerns mounted over Turkey’s military intervention in Syria, its approach to migration as well as the rule of law and the state of democracy in the country with media outlets being closed and journalists being jailed. There are also concerns about Turkey’s illegal activities in Cyprus as well as its incursions into Greek territory.

These developments are all the more reason for MEPs to take another look at how the EU and Turkey are working together. Read on for an overview of the state of play on various aspects of EU-Turkey relations.

Since the start of the civil war in Syria in 2011, some 3.6 million refugees have entered Turkey and today the country still hosts the largest refugee community in the world.

Under the agreement all irregular migrants crossing from Turkey into Greek islands would be returned to Turkey. In exchange the country received EU aid from humanitarian funding of about €6 billion under the EU Facility for Refugees in Turkey.

However, in a speech on 28 February 2020, Turkish President Recep Erdoğan threatened to open the border with Greece again as he did not feel the EU had kept its promises. Following the decision, Greece declared a state of emergency and EU leaders agreed to give the country €700 million in financial assistance as well as provide for a substantial increase in funds for migration and border management in the EU’s budget for 2021-2027.

EU-Turkey tensions about Greece and Cyprus

There are also concerns about Turkey's illegal energy exploration and drilling activities in the Easter Mediterranean and its violating of Greek airspace and Greek and Cypriot territorial waters on various occasions. MEPs condemned Turkey’s actions in the Greek and Cypriot exclusive economic zone and express full solidarity with the two countries in a resolution adopted on 17 September 2020.

Turkey invaded Cyprus in 1974, which led to a partitioning of the island. Turkish-occupied Northern Cyprus is only recognise by Turkey.

Following the discovery of offshore natural gas reserves in the Eastern Mediterranean, Turkey has has used the military to violate the territorial waters and airspace of neighbouring countries and carry out drilling operations.

MEPs criticised the situation in Turkey-occupied Northern Cyprus in a resolution adopted on 26 November 2020, calling for tough sanctions against Turkey as a response to its illegal activities.

Turkey has been an associate member of the European Economic Community since 1963 and applied to join in 1987. It was recognised as a candidate for EU membership in 1999, but negotiations didn’t start until 2005. Even after that not much progress was made. Only 16 out of 35 chapters have been opened and only one closed. After The Turkish government’s crackdown following the failed coup d’état on 15 July 2016 negotiations effectively ended and no new chapters have been opened since then.

In November 2016 MEPs adopted a resolution asking for the negotiations to be suspended while political repression continues in Turkey. They repeated their call for suspension in a resolution adopted in July 2017 due to continuing concerns about the human rights situation. Although these resolutions are not binding, they send out an important signal.

MEPs regularly debate the situation in the country. For example, In February 2018 they discussed the human rights in Turkey as well as the country’s military operation in Afrin, Syria. That same month they also adopted a resolution calling on Turkey to lift the state of emergency.

Condemnation of military intervention in Syria

In October 2019, Turkey launched a military operation in northern Syria in order to create a buffer zone between the two countries where Syrian refugees living in Turkey could be moved to. This move was condemned by MEPs during a debate on 23 October. On 24 October they also adopted a resolution in which they called for sanctions against Turkey over its military operation.

In December 2016 the European Commission proposed updating the existing customs union with Turkey and extending bilateral trade relations, but the Council has not yet approved its mandate. Once negotiations have been completed, the agreement would still have to be approved by the Parliament before it could enter into force.

The EU is by far Turkey’s largest export market (42.4% in 2019), while Turkey is the EU’s fifth largest trading partner for both imports and exports.

Turks will be required to stay mostly at home under a nationwide "full lockdown" starting on Thursday (29 April) and lasting until 17 May to curb a surge in coronavirus infections and deaths, President Tayyip Erdogan (pictured) announced on Monday (26 April).

Turkey logged 37,312 new COVID-19 infections and 353 deaths in the last 24 hours, health ministry data showed, sharply down from mid-April but still the world's fourth highest number of cases and the worst on a per-capita basis among major nations.

Announcing the new measures after a cabinet meeting, Erdogan said all intercity travel would require official approval, all schools would shut and move lessons online, and a strict capacity limit would be imposed for users of public transport.

Turks will have to stay indoors except for essential shopping trips and urgent medical treatment. Certain groups including emergency service workers and employees in the food and manufacturing sectors will be exempt.

"At a time when Europe is entering a phase of reopening, we need to rapidly cut our case numbers to below 5,000 not to be left behind. Otherwise we will inevitably face heavy costs in every area, from tourism to trade and education," Erdogan said.

The measures will be implemented "in the strictest manner to ensure they yield the results we seek", he said.

Two weeks ago Turkey announced a night-time curfew from 7 p.m. till 5 a.m. on weekdays, as well as full weekend lockdowns, after cases surged to record levels, but the measures proved insufficient to bring the pandemic under control.

Total daily cases in Turkey peaked above 63,000 on April 16 before dropping sharply to below 39,000 on Sunday.

The total death toll in Turkey, a nation of 84 million, stood at 38,711 on Monday, the health ministry data showed.

Today (26 April) European Commission President Ursula von der Leyen made a strong statement on her treatment during her visit to Ankara to meet with Turkish President, Recep Tayyip Erdogan, with the European Council president to discuss EU-Turkey relations.

The statement was part of a joint briefing to MEPs with European Council President Charles Michel on the recent EU summit and the controversial EU-Turkey meeting where the Commission president was denied equal standing with her peer, in an incident referred to as “sofagate” where Von der Leyen was offered a place on a sofa, while Michel and Erdogan sat on chairs.

She said: “In the pictures of previous meetings, I did not see any shortage of chairs, but then again I did not see any women in these pictures either. Many of you will have had quite similar experiences in the past, especially the female members of this house. I'm sure you know exactly how I felt hurt and I felt alone as a woman and as a European, because it is not about seating arrangements or protocol. This goes to the core of who we are. This goes to the values our union stands for. And this shows how far we still have to go before women are treated as equals always and everywhere.”

Von der Leyen acknowledged that she was in a privileged position compared to other women and underlined how it was even more important that she spoke up for those women who are not heard: “When I arrived at the meeting, there were cameras in the room. Thanks to them, the short video of my arrival immediately went viral and caused headlines around the world. There was no need for subtitles. There was no need for translations, the images spoke for themselves.

“We all know that thousands of similar incidents go unobserved, nobody ever sees them or hears about them, because there is no camera, because there is nobody paying attention. We have to make sure that these stories are told and that they are acted upon.”

Von der Leyen used the meeting in Ankara to reiterate her concerns about Turkey withdrawing from the convention, but added that to be credible all EU states need to ratify the convention. At this moment Bulgaria, Hungary and Poland are among the countries that have opposed formal ratification. Von der Leyen said that she would like the EU itself to become a signatory.