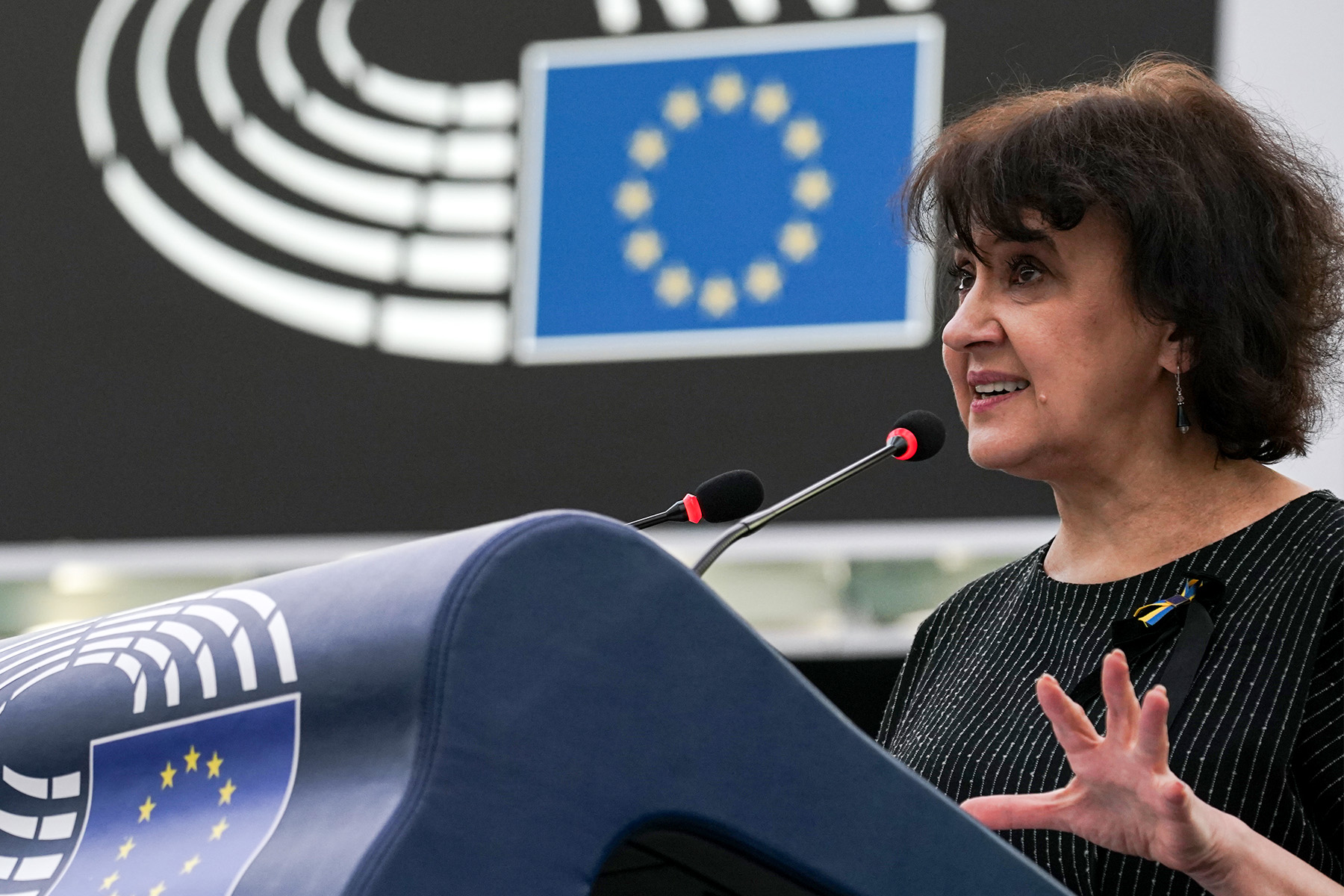 Before Oksana Zabuzhko’s formal address in the Strasbourg hemicycle today at noon, EP President Metsola declared: ‘‘On this day, the word celebration is not really a word we could use. In Ukraine, we see women are resisting, standing up and taking up arms against their aggressor. It is a privilege to have with us a Ukrainian woman and writer whose literature and strong voice exhibits the strength of Ukrainian women in the face of oppression. These brave and resilient women serve as an inspiration to us all, as they defend the same European values that we hold.’’

Mrs Zabuzhko, who left Ukraine two weeks ago with only hand luggage, highlighted that she was used, in her writings, to giving a voice to women and to fighting for their rights, but for the first time now, she has to stand up for women’s rights to life itself. She added: ‘‘I cannot but admire my fellow women fighting alongside our men, managing the distribution of supplies across our besieged cities and giving birth in bomb shelters, supervised by doctors online. The problem is Putin’s bombs will not be stopped by the strength of our spirit.’’

Warning of Putin’s intentions, she said: ‘‘Many lives could have been saved if the EU and the US had woken up eight years ago when he invaded Crimea. A new Hitler was ready to pick up where the previous one had left off. I am here to tell you, as a writer who knows something about language, that it is already a war, not just a local conflict. Trust Putin when he states his ambitions. Please do not be afraid to protect the sky above those fighting there to free Europe from this spectre of new totalitarianism.’’

Reacting to her speech, political group representatives praised the courage of Ukrainians both defending their country and the EU values we share with them. They also stressed that, as often is the case in these circumstances, women and girls are among the most vulnerable groups. They praised Russian and Belarusian women who are courageously demonstrating on the streets against this war.

To watch the address and the political groups’ reactions again, click here.

Oksana Zabuzhko was born in Lutsk (Ukraine) in 1960. Her novel Fieldwork in Ukrainian Sex, translated into sixteen languages, made her well known on the international literary scene in 1996. She has published eighteen other books, including the award-winning novel The Museum of Abandoned Secrets (2009). She is also a leading public figure in Ukraine advocating for democracy.