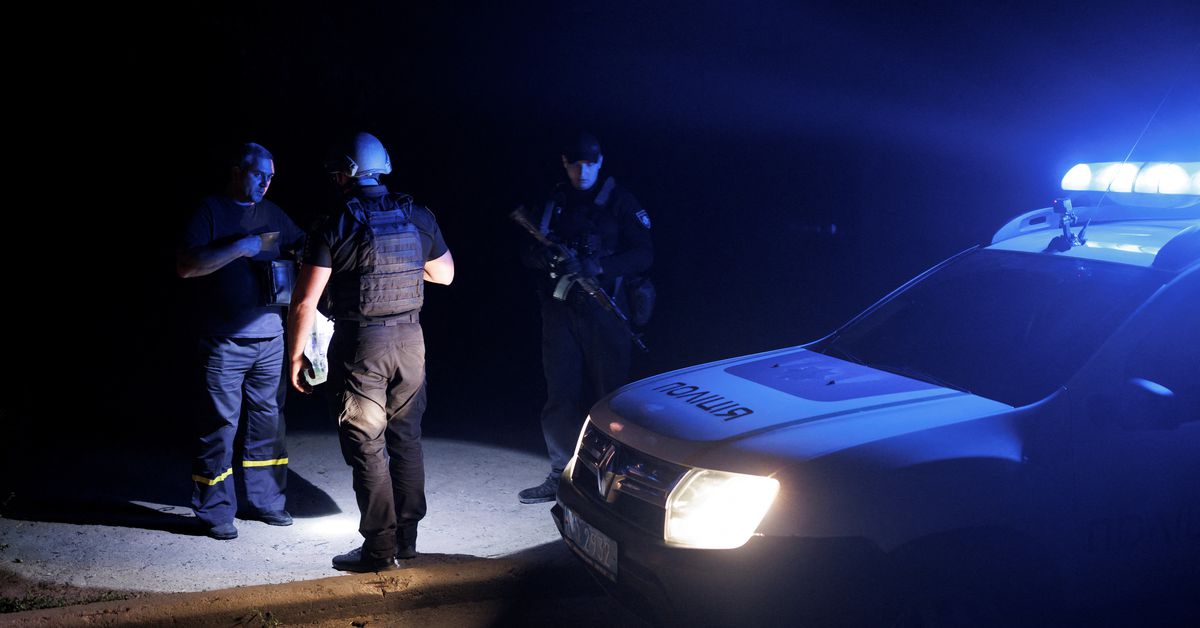 The remaining 65,000 residents of the eastern industrial city, which had a population around 150,000 before the war, must remain inside the building from 10 p.m. to 4 a.m.

Police say that 33 people were found guilty of violating the law over the last week. They include seven Russian artillery spotters, five looters, and 21 who were caught outside drinking alcohol in the summer heat.

The front line lies to the northeast, and some parts of the city were hit by Russian shellfire. Police are instructed to watch out for empty office buildings and residential areas that have been shelled.

"There are some cases where so-called marauders begin their activities in the city. According to Vitalii Gazhitov, policemen, they steal the belongings of people. Most often they do this from damaged houses.

His colleagues and he also look out for signs of people trying to enter administrative buildings. He says that the city doesn't need this kind of crime given the circumstances.

He stops at one point outside a structure that has been torn apart by shells, but his handheld flashlight does not reveal anything suspicious.

He drives slowly down the streets in a darkened car, passing squares and parks where criminals might be.

They find a man on a bench outside an apartment building. He clearly is not in his best form.

Gazhitov informs Gazhitov that he is not allowed to walk on the streets during curfew.

The man replies, "I live here in Apartment 31." The incident is over peacefully.

Gazhitov claims that he and his colleagues often act as an informal taxi service.

"We make every effort to ensure that all citizens observe the curfew. He says that if we spot people violating the curfew, we have a conversation with them and, where necessary, take them to their residence."