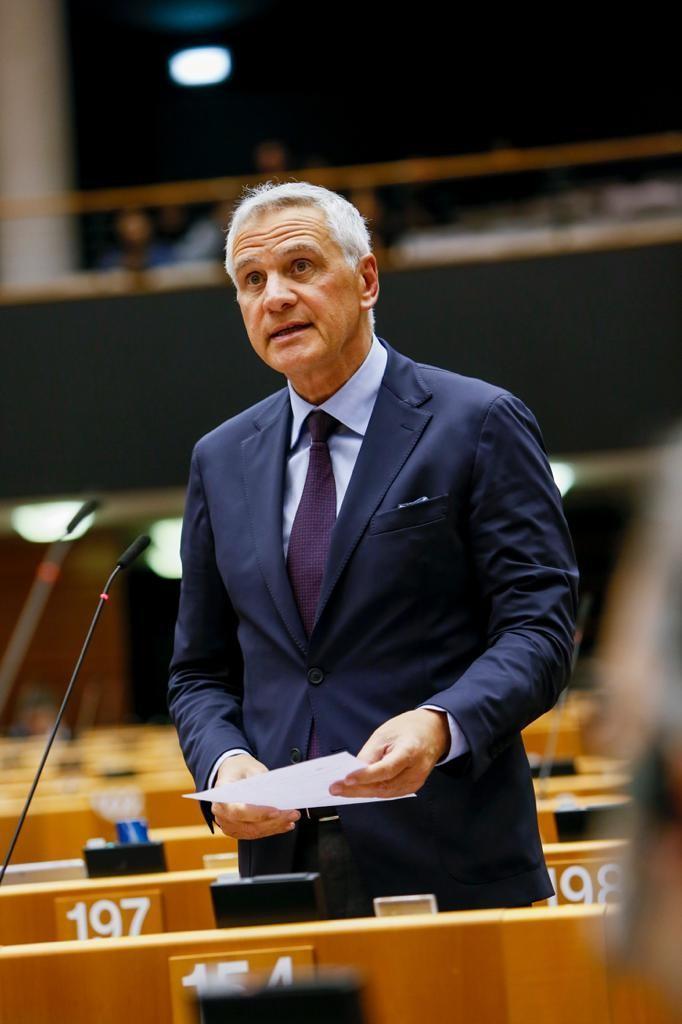 The EIB’s Board of Governors appointed Mr Peeters, a Belgian national, on a proposal from the Government of the Kingdom of Belgium and with the agreement of the EIB-shareholder constituency the country shares with the Grand Duchy of Luxembourg and the Kingdom of the Netherlands.

Upon joining the EIB, Kris Peeters remarked: “I am very honoured to join the European Investment Bank, the EU’s Bank, especially at a moment when the Bank accelerates the deployment of its efforts in climate change mitigation. Clearly, this engagement is there to stay and I am looking forward to making a difference with the team at the helm of the EU’s Climate Bank. In doing so I will pay special attention to mobility, a field in which significant and innovative changes are ahead of us, while also closely following security and defence, as well as operations in the ASEAN countries. I am also delighted that I can contribute to the recovery efforts of the Bank in tackling the economic fallout of the COVID-19 pandemic across Europe.”

Until his nomination as Vice-President, Mr Peeters served as Member of the European Parliament since 2019. Mr Peeters has a long-standing political career, starting in 2004, when he became Flemish Minister for Public Works, Energy, the Environment and Nature. Subsequently he was Minister-President of Flanders from 2007 until 2014, and was Deputy Prime Minister and Minister of Economy and Employment in the Belgian federal government of Prime Minister Charles Michel (2014-2019). Prior to his political career, Mr Peeters held leading roles at UNIZO, the Union of Self-employed Entrepreneurs and SMEs (1991-2004). Mr Peeters studied philosophy and law at Antwerp University and obtained a degree in taxation and accounting at the Vlerick Business School Ghent.

Under the authority of Werner Hoyer, President of the EIB, the Management Committee collectively oversees the day-to-day running of the EIB as well as preparing and ensuring the implementation of the Board of Directors' decisions, notably regarding borrowing and lending operations.

The European Investment Bank (EIB) is the long-term lending institution of the European Union, owned by its Member States. It makes long-term finance available for sound investment in order to contribute towards EU policy goals.

Municipality of Madrid on improving services for vulnerable people

Municipality of Madrid on improving services for vulnerable people

The European Investment Advisory Hub, funded by the European Commission and the European Investment Bank (EIB), will advise the Municipality of Madrid on a project aiming to improve assistance for vulnerable people residing in temporary accommodation. EIB experts will provide the Municipality of Madrid with a feasibility study on the launch of a social impact bond, an innovative financing solution aimed at enabling vulnerable groups to become independent.

Executive Vice President Valdis Dombrovskis said:“The Investment Plan's Advisory Hub has proven to be a key tool in getting investment projects off the ground. Thanks to the technical assistance it provides, the Municipality of Madrid will be able to give homeless people the helping hand they need to access new opportunities and change their situation. The European Commission is proud to support this social project which has the potential to make an enormous difference to the lives of many.”

More information can be found in the press release.

The European Investment Bank (EIB) is investing $350 million (around €300m) to support the financing of Europe's first home-grown gigafactory for lithium-ion battery cells, Northvolt Ett, in northern Sweden. The region's clean power base will enable Northvolt to utilise 100% renewable energy within its production processes. The financing is supported by the European Fund for Strategic Investments (EFSI), the main pillar of the Investment Plan for Europe.

European Battery Alliance Vice President Maroš Šefčovič said: “The EIB and the Commission are strategic partners under the EU Battery Alliance, working closely with the industry and member states to put Europe on a firm path towards global leadership in this strategic sector. Northvolt has been among our frontrunners, set to build Europe's first home-grown Gigafactory for lithium-ion battery cells, with a minimal carbon footprint. By supporting this state-of-the-art project, we also confirm our resolve to boost Europe's resilience and strategic autonomy in key industries and technologies.”

The press release is available here. The projects and agreements approved for financing under the Investment Plan are expected to mobilize €514 billion in investments, of which €14.3bn will be in Sweden.

The European Investment Bank (EIB) is providing finance to two clean energy projects: a solar energy plant in Spain and two wind farms in Austria. Both financing deals are backed by the European Fund for Strategic Investments. The first is a €43.5 million agreement to build and operate the 200 MWp Cabrera photovoltaic solar plant, the largest plant in Andalusia.

The plant will provide enough clean energy to supply nearly 145,000 households per year and create 350 jobs in the construction phase. The second is €63m of finance for the construction and operation of two new wind farms in Austria (Prinzendorf III and Powi V) with a total capacity of approximately 43.6 MW.

Economy Commissioner Paolo Gentiloni said: “Investing in renewable energies is crucial to meet the goals of the European Green Deal and to reach climate neutrality by 2050. This new EU support announce today will bring clean energy to thousands more households in Spain and Austria.”

As of May 2020, the European Fund for Strategic Investments has mobilized €486 billion of investment across the EU, including €54.8bn in Spain and €59.8bn in Austria, and supported 1.2 million start-ups and small and medium businesses.