Welcome to the second in our regular series discussing human rights, brought to you in partnership with Human Rights without Frontiers. In this programme we are looking at the exploitation of North Korean Workers in Poland.

A film dealing with the issue was screened at an event organized within the European Parliament by MEP Laszlo Tökes and Human Rights Without Frontiers.

The film, called Dollar Heroes, examines a practice that goes on, despite UN and EU sanctions that prohibit the hiring of any workforce from North Korea. With the complicity of private companies and Polish state agencies, North Korean workers continue to work in Poland and to be exploited by Pyongyang, left only with a personal income of less than $150 per month.

The issue has been actively pursued by Human Rights Without Frontiers.   On 19 September, the NGO made a public statement at the Human Dimension Implementation Meeting (HDIM), held in Warsaw, of the OSCE’s Office for Democratic Institutions and Human Rights, asking the Polish delegation to the OSCE: "How many North Korean Workers are currently working in Poland, and how many work visas have been issued since the last HDIM meeting?"

Please join us again next month when we will again be looking at other issues affecting the universal and equal application of human rights for all people, regardless of nationality, gender, racial or ethnic origin, religion, language, or any other classification. 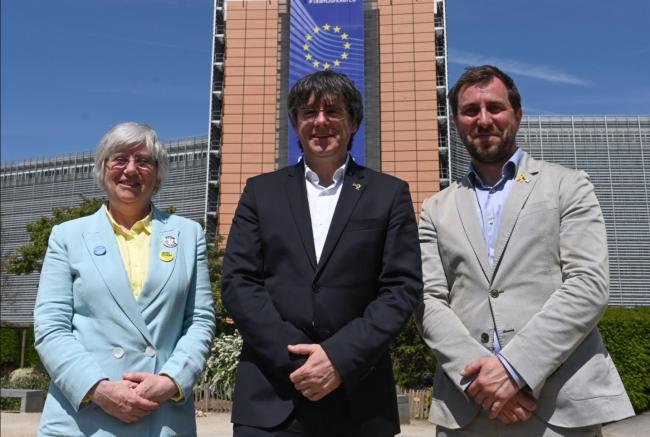 Clara Ponsati, Carles Puigdemont and Toni Comin are wanted by Spain for their part in the 2017 Catalan independence referendum

The European Parliament has voted to remove the parliamentary immunity of three Catalan MEPs wanted by Spain over the 2017 independence push. Former Catalan president Carles Puigdemont and his ex-ministers Clara Ponsati and Toni Comin are exiled in Brussels, and Madrid could now reactivate European arrest warrants which have so far been refused by Belgium, writes Greg Russell @National_Greg.

In a secret ballot held last night but only revealed this morning, more than 400 MEPs voted to lift their immunity, almost 250 against and more than 40 MEPs abstained.

Puigdemont is expected to raise the issue at the European Court of Justice (ECJ) after a report from the parliament’s Legal Affairs Committee recommending the removal of their immunity was leaked to the media.

This is the third time the Spanish Supreme Court has tried have them extradited, after previous attempts failed in Scotland, Belgium and Germany.

Losing their immunity will not affect their status as MEPs, which they will retain until they are barred from office by a conviction.

Aamer Anwar, lawyer for Ms Ponsati, tweeted: “Shameful vote by @Europarl_EN giving into Spain to lift immunity of MEPs @ClaraPonsati @toni_comin @KRLS Who face extradition & political persecution for exercising the democratic will of the Catalan people-The legal battle goes on”

The Spanish government immediately welcomed the decision by the European Union’s legislature as a victory for the rule of law and against those who sought to break the north-eastern region away from the rest of Spain.

Has the shine worn off activist investment? 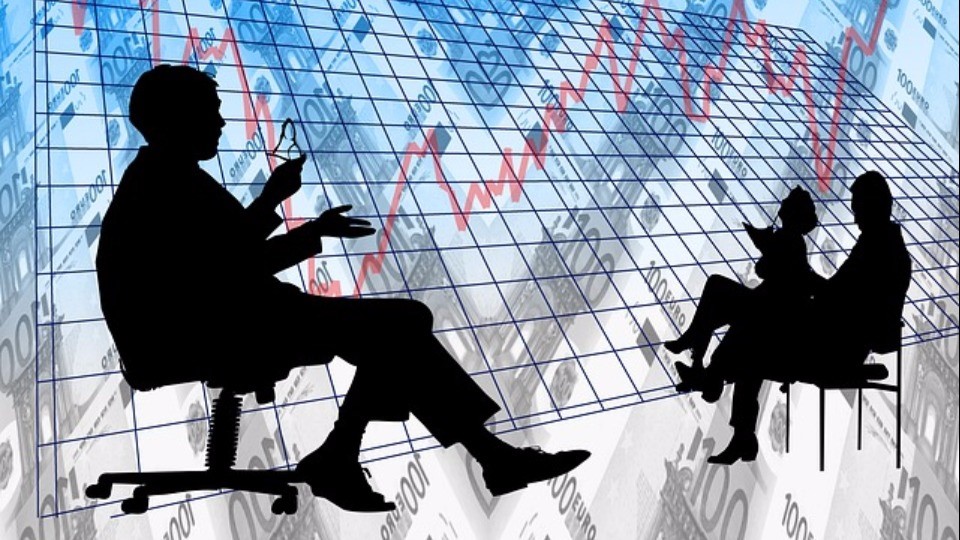 A few recent cases suggest that the tide may finally be turning on activist investment, which until recently seemed as if it was becoming an entrenched part of the business world. Although the value of activist investor-held assets may have been climbing in recent years (in the UK, this figure grew 43% between 2017 and 2019 to reach $5.8 billion), the number of campaigns fell by 30% in the year leading up to September 2020. Of course, that drop-off can partly be explained by the fallout from the ongoing coronavirus pandemic, but the fact that more and more plays appear to be falling on deaf ears could signal a bleaker long-term outlook for activist agitators going forwards.

The latest case in point comes from England, where wealth management fund St James’s Place (SJP) were the subject of an attempted activist intervention on the part of PrimeStone Capital last month. After purchasing a 1.2% stake in the company, the fund sent an open letter to the SJP board of directors challenging their recent track record and calling for targeted improvements. However, the lack of incision or originality in the PrimeStone manifesto meant that it was brushed off with relative ease by SJP, with little impact being felt on its share price. The underwhelming nature and outcome of the campaign is indicative of a growing trend in recent years – and one that could be set to become more pronounced in a post-Covid-19 society.

The PrimeStone play took the traditional form favoured by activist investors; after acquiring a minority stake in SJP, the fund tried to flex its muscles by highlighting the perceived shortcomings of the current board in an 11-page missive. Among other issues, the letter identified the company’s bloated corporate structure (over 120 head of department on the payroll), flagging Asian interests and tumbling share price (stocks have fallen 7% since 2016). They also identified a “high-cost culture” in SJP’s backroom and made unfavorable comparisons with other prosperous platform businesses like AJ Bell and Integrafin.

While some of the criticisms had elements of validity, none of them were especially novel—and they didn’t paint a complete picture. In fact, several third parties have come to the defence of SJP’s board, pointing out that equating the company’s downturn with the rise of interests such as AJ Bell is unfair and overly simplistic, and that when set against more reasonable touchstones such as Brewin Dolphin or Rathbones, SJP holds its own remarkably well.

PrimeStone’s admonishments over SJP’s high spending may hold some water, but they fail to recognize that much of that outlay was unavoidable, since the firm was forced to comply with regulatory changes and succumb to revenue headwinds beyond its control. Its impressive performance against its competitors confirms that the company has been dealing with sector-wide issues exacerbated by the pandemic, something which PrimeStone singularly failed to fully acknowledge or address.

It’s a similar story across the Channel, where French billionaire Xavier Niel & businessman Léon Bressler have collected a 5% stake in international shopping mall operator Unibail-Rodamco-Westfield (URW) and are adopting Anglo-Saxon activist investor tactics to try and secure URW board seats for themselves and push URW into a risky strategy to drive up its share price in the short term.

It’s clear that, like most companies in the retail sector, URW needs a fresh strategy to help weather the pandemic-induced recession, particularly given its relatively high level of debt (more than €27 billion). To that end, URW’s board of directors are hopeful of launching project RESET, which targets a capital raise of €3.5 billion in order to maintain the company’s good investment-grade credit rating and ensure continued access to all important credit markets, while gradually deleveraging the shopping mall business.

Niel and Bressler, however, want to forego the €3.5bn capital increase in favour of selling off the firm’s US portfolio—a collection of prestigious shopping centres which have by and large proven resistant to the changing retail environment—to pay down debt. The activist investors’ plan is being opposed by a number of third party advisory firms such as Proxinvest and Glass Lewis, with the latter calling it “an excessively risky gambit”. Given that credit rating agency Moody’s have predicted an 18-month slump in rental income that is likely to hit shopping centres – and have even gone as far as to warn that failure to implement the capital raise underpinning RESET could result in a downgrading of URW’s rating – it seems likely that Niel and Bressler’s ambitions will be rebuffed at the November 10th shareholder meeting, in the same way that PrimeStone’s have been.

Elsewhere, Twitter CEO Jack Dorsey appears to have also overcome an attempt by high-profile activist investor Elliott Management to oust him from his role. Although a recent committee meeting did cede to some of Elliott’s demands, such as reducing board terms from three years to one, it chose to declare its allegiance to a chief executive who had overseen total shareholder returns of 19% prior to Elliott’s involvement with the social media behemoth earlier this year.

Alongside the atypically uninspiring campaigns conducted elsewhere in the market, and the retrogression of the sector as a whole, could it be that activist investors are losing their clout? For a long time, they have drawn attention to their ventures through flashy antics and bold prognoses, but it seems that companies and shareholders alike are catching on to the fact that behind their bluster, their approaches often contain fatal flaws. Namely, a focus on short-term inflation of the share price to the detriment of long-term stability is being exposed as the irresponsible gamble that it is – and in a shaky post-Covid economy, judicious prudence is likely to be prized above immediate profit with increasing regularity. 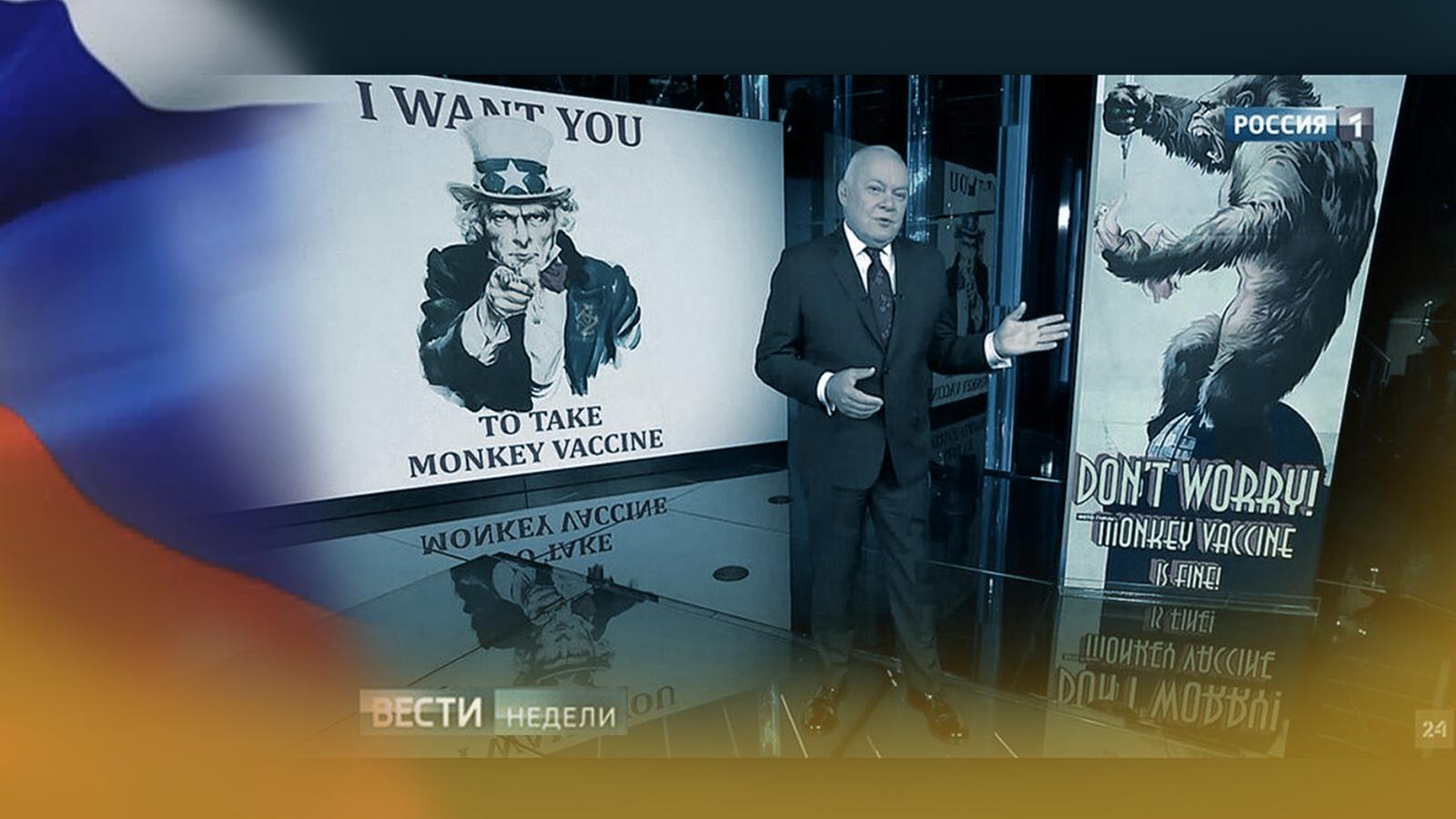 The Kremlin is accused of spreading fear about the serum, claiming it will turn people into monkeys. The Russians base the suggestion on the fact the vaccine is using a chimpanzee virus. The Russians have disseminated pictures and memes of Prime Minister Boris Johnson looking like “a yeti”. It’s captioned: “I like my bigfoot vaccine”.

And other shows a “monkey” scientist holding a syringe and working on the treatment.

The monkey is wearing an AstraZeneca lab coat.

The pharmaceutical giant is at the forefront of developing a vaccine.

Last month the London Globe and the EU Reporter carried stories about the Russian campaign.

Both publications have since removed two articles from their online sites.

“We were given the story by a freelance journalist in Brussels.

“However, after an investigation by The Times we now know the story has no basis.

“When I heard the stories were false, they were taken down straightaway.

“Sadly, we have been the unwilling victims of a Russian campaign to discredit the excellent work being done by Oxford University scientists.

“Even the very best get caught out now and again. Indeed even the Times was fooled into publishing the fake "Hitler Diaries" some years ago.”

He said: “Scientists at AstraZeneca and at many other companies and institutions around the world are working tirelessly to develop a vaccine and therapeutic treatments to defeat this virus.

“But it is independent experts and regulatory agencies across the world that ultimately decide if a vaccine is safe and effective before it is approved for use.

“Misinformation is a clear risk to public health.

“This is especially true during the current pandemic which continues to claim tens of thousands of lives, significantly disrupt the way we live and damage the economy.”

Professor Pollard, who is professor of Paediatric Infection and Immunity at the University of Oxford, told BBC Radio Four's Today programme:

“The type vaccine we have is very very similar to a number of other vaccines, including the Russian vaccine, all of which use the common cold virus from humans or from chimpanzees.

“To our bodies, the viruses look the same.

“We don't actually have any chimpanzees involved at all in the process of making the vaccine, because it is all about the virus, rather than animals it might more commonly

“Oxford have a fantastic reputation; they are doing this thoroughly and are looking at thousands of people from all different groups and ages.

“They are doing this safely and effectively and for the Russians to try to besmirch what they are trying to do because parts of the vaccine comes from chimpanzee material is utterly ridiculous and shameful.

“I would put my money on Oxford every time.”

A Russian Embassy spokesman in London said: “The suggestion that the Russian state may conduct any kind of propaganda against the AstraZeneca vaccine is itself an example of disinformation.

“It is obviously aimed at discrediting Russia's efforts in combating the pandemic, including the good co-operation we have established with the UK in this field.”