The European Parliament has adopted a set of recommendations for what it calls a 'holistic' approach to the migration crisis, but in reality the recommendations adopted represent a 'lowest common denominator' of what the left and the right can agree.

Helga Stevens MEP, European Conservatives and Reformists (ECR) lead member on the proposals, said she could not support the proposals which centralize decision-making regarding asylum and immigration policy, and seek to open new routes for legal migration.

Instead, Stevens and ECR home affairs coordinator Timothy Kirkhope have published a list of ten priorities that focus on stemming the flows of migrants, with a clear distinction between economic migrants and refugees.

Stevens said: "In an attempt to find a 'holistic' approach to resolving this crisis we have created a Christmas tree with baubles for both the political left and the right. There is no comprehensive plan at all. The only area that both sides can agree on is to create a highly centralized asylum system that forces decisions onto member states without strict conditions, like a maximum limit.

"These proposals adopted by the parliament today fail to get to the core of the problem. They fail to make a clear distinction between refugees and economic migrants, nor do they set out any plan for speeding up processing and returns. They make no effort to push for the EU's rules and the Dublin regulation to be applied by all member states, and there is no clear focus on supporting the proper integration and activation of refugees that are given shelter in our territory.

"We have voted against this report and its unworkable proposals, and have instead proposed an alternative set of priorities that would actually stem flows and focus on the fundamentals of border protection, processing, returns and providing humanitarian conditions and integration of refugees."

Stevens and Kirkhope's list of ten key priorities for a holistic approach are as followed:

1. A stronger emphasis on border management, including a swift adoption of an effective FRONTEX Border Agency, with better border check facilities at the EU’s external border. This includes the need for an updated proposal and new Smart Borders Package, as well as the adoption of the Macovei Report on the reinforcement of checks against relevant databases at external borders. Confidence in the Schengen area can only be achieved as a consequence of effective external border control.

3. We believe that the most sustainable and effective way of helping those most in need in conflict areas, and helping to resettle the most vulnerable first, is for the Commission to come up with an EU UNHCR operated resettlement system as soon as possible, while at the same time ensuring adequate funding for the refugee camps in third countries.

4. We believe that in order to create sustainable and effective asylum and refuge policies within the EU and to create a successful integration policy of those resettled, the overall numbers of persons arriving and being granted asylum needs to be stabilized. Therefore, the European Commission, the European Council and the External Action Service need to ensure that their negotiations with third countries on international agreements, cooperation agreements and the allocation of foreign aid go hand in hand with pursuing effective readmission and returns agreements and a sustainable and legal solution for EU border returns. Therefore, any readmission or returns agreement should be conditional on accepting and recognizing the EU returns travel document, see the Halla-aho Report. The Parliament also needs to agree as soon as possible on a common and ambitious list of recognized safe third countries for accelerated asylum procedures, and a comprehensive assessment by the European Commission of "more for more and less for less" in terms of EU aid for third countries.

5. We call for the European Commission to place far greater emphasis on the implementation of existing measures and ensuring all member states following the rules. That means no ‘pushing around’ applications, fingerprinting all arrivals and ensuring dignified living conditions. It should be noted that the asylum acquis is not a buffet to be chosen from, but is to be applied in a uniform manner by and in all member states in order to ensure the functioning of the EU’s asylum system. Thus it is for the European Commission to give advice and assistance where necessary, and to take swift action in case of non-compliance by member states.

6. We call for a sensible and workable review of the Dublin Regulation. The ECR fully rejects any call to completely change the currently existing basic Dublin principles, if this results in simply redistributing all refugees and asylum seekers across the EU, without strict conditions or limits.

7. We call for a better exchange of information and interconnectivity between already existing databases in the EU, including the EURODAC, EUROPOL, FRONTEX, EASO, Schengen, and ECRIS systems. This is essential: if we are to achieve external border security, we need to know who is entering into and exiting from the EU. It also helps to avoid secondary movement of asylum seekers, and this way we can offer refuge and protection more quickly to asylum seekers. Furthermore, in order to maintain confidence in the Schengen area and to ensure border security, the adoption of measures such as those proposed in the Kirkhope Report, Exchange of information on third country nationals and European Criminal Records Information System (ECRIS) are important.

8. We call for the European Commission to conduct a full and horizontal review of existing EU legislation with regard to human trafficking and modern slavery, including establishing a common standard for establishing criminal penalties in all member states. At present there are too many loop holes and not enough prosecutions, convictions and meaningful sentencing. No corner of the EU should provide a safe haven for these barbaric acts and exploitative crimes. In addition, the third and final phase of EUNAVFOR Med (Operation Sophia), to track down and destroy empty smuggling boats, needs to be initialized with the help of the newly formed Libyan government.

9. In order for any asylum policy to be successful across the EU, more emphasis needs to be placed on (civic) integration and inclusion of migrants and refugees. Therefore the integration fund and the sharing of best practices between member states and through the European Commission need to focus on the sharing of skills, grass roots action, community cohesion and initiatives, and the learning of the official language(s) of the host country. In addition the European Commission needs to look at amending existing legal instruments such as the Qualifications Directive as to not hinder activation and integration policies at national or regional level.

10. In line with the ECR Group’s focus on better Regulation, there should be full and regular reviews of all new instruments, in order to reflect shortcomings, changes in situation and improve ongoing implementation and monitor funding needs with a preference for budget neutrality. The ECR Group Coordinator suggests such a system for the current EU-Turkey agreement.

#EULegislation: MEPs back moves to increase role of national parliaments 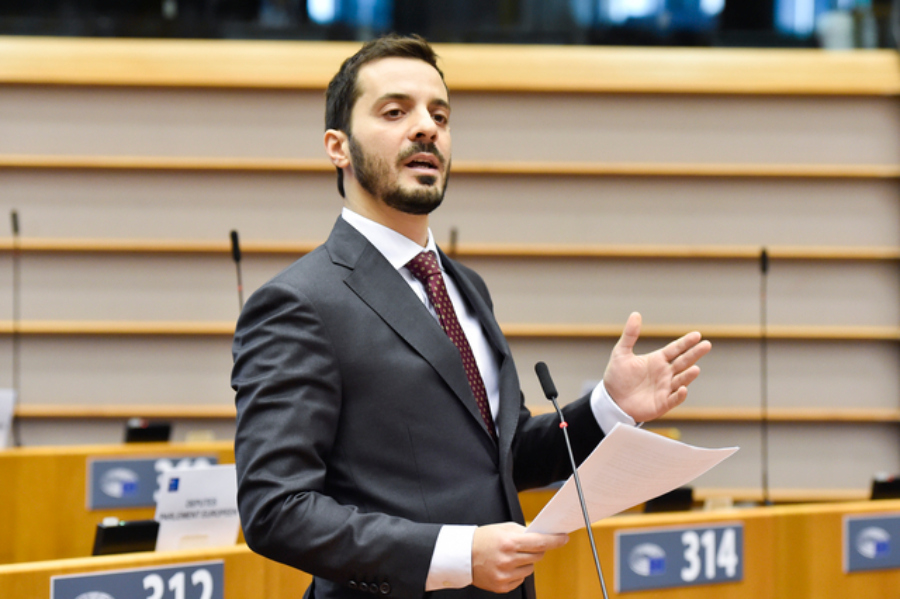 Ahead of this week's debate and votes on the European Parliament's Resolution on the People's Republic of China’s national security law for Hong Kong, the ECR has invited Wong Yik Mo, member of the pro-democracy political party Demosisto and Benedict Rogers, co-founder and Chair of Hong Kong Watch and human rights activist, to remotely take part in the Group Meeting today (17 June) and to exchange views with MEPs.

Ahead of the meeting, MEP Charlie Weimers said: "The meeting will serve as a useful interaction and moment of engagement to shed light on the troubling developments from Hong Kong, and China’s continued and deliberate attempts to renege on its agreement of 'one country, two systems'.

“China has reneged on its agreement of 'one country, two systems’. The EU must stand for the right of the Hong Kong people to self-determination and self-governance, and as long as the pressure exerted on Hong Kong’s institutions remain EU-China relations will suffer. Europe must never kow-tow to the Chinese Communist Party.”

MEP Anna Fotyga added: "Hong Kong's success was built on its freedoms. The ECR is deeply concerned by Beijing’s plan to impose national security legislation on Hong Kong, which is in direct conflict with Article 23 of Hong Kong’s Basic Law and China’s international obligations under the Joint Declaration, a treaty agreed by the UK and China and registered with the United Nations. That's why we stood firmly behind the people of Hong Kong.

“I welcome the joint text of the Parliament’s Resolution we were able to successfully negotiate on Friday. Its adoption will send a clear message as to what the EU should stand for – international law and the people of Hong Kong.”