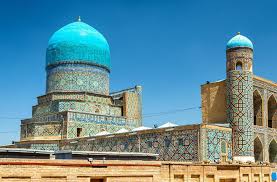 The EU and Uzbekistan are edging ever closer to a landmark partnership deal, according to a letter exclusively seen by this website, writes Martin Banks.

This comes by way of a reply to a parliamentary question from French MEP Thierry Mariani, a member of the parliament’s Uzbekistan delegation.

The question was sent to the EU’s High Representative/Vice President Josep Borrell.

Speaking on behalf of the European Commission, Borrell, a former MEP, says he is “pleased to inform” the MEP “that the negotiations with the Republic of Uzbekistan with a view to concluding an enhanced partnership and cooperation agreement is continuing, despite the interruption due to the COVID-19 pandemic”.

The reply, dated 2 September, adds: ”The two sides hope that these negotiations can be concluded during 2020. An agreement could thus be initialled before the end of this year.”

The High Representative also confirmed in the leaked letter that the European Commission has received an official request from the Republic of Uzbekistan to accede to the EU's Generalized System of Preferences “plus” (GSP + ) “and that this request is under review.”

Uzbekistan and the European Union are currently negotiating the Enhanced Partnership and Cooperation Agreement (EPCA), which will replace the partnership and cooperation agreement that has been in force since 1999.

These talks have been taking place since November 2018 and, if successful, will pave the way for a new era in relations between the two sides.

A European Commission spokesman said the agreement covers areas such as political dialogue and reforms, rule of law, justice, freedom and security, human rights, migration, trade, as well as economic and sustainable development.

It aims to promote favourable business and investment environment and provide for cooperation on foreign policy issues and global challenges such as climate change, corruption and the fight against terrorism.

The EU readily acknowledges the "impressive" progress made in recent years by the authorities in Uzbekistan across a whole range of areas with the commission spokesman saying that under its new leadership, Uzbekistan “has achieved significant progress in recent years as regards reforms, to improve human rights, to develop regional cooperation with its Central Asian neighbours and international partners, and to promote security and stability in the region.”

He went on: “Through the envisaged EPCA the EU is ready to step up its engagement to further support these efforts and to bring the bilateral relations to a new level in the interest of both the EU and Uzbekistan.”

In an exclusive interview with this website, Peter Stano, EU spokesperson for Foreign Affairs and Security Policy, was asked to characterise current EU/Uzbek relations.

He told EU Reporter: “EU-Uzbekistan relations are currently on a very positive trajectory, intensifying in line with the ambitious reform process being pursued in Uzbekistan and in line with the EU’s new Central Asia Strategy adopted in 2019.”

He added: “We have frequent and regular contacts at all levels, with a rhythm of formal meetings and informal contacts, as well as meetings at the regional level where Uzbekistan is of course involved. Uzbekistan is increasingly aligning its regulatory framework with international norms and practices, bringing it also closer to European norms and values. The EU supports these efforts politically and technically.”

Stano also explained the basics of the EPCA the two sides are trying to strike, saying: “The proposed EU-Uzbekistan Enhanced Partnership and Cooperation Agreement would cover the broad range of cooperation between the EU and Uzbekistan, with 9 titles ranging from political cooperation to trade and sectoral co-operation.”

Relations between the European Union and Uzbekistan have been developing steadily since its independence in 1991. They are already embedded in the regularly reviewed EU and Central Asia Strategy for a New Partnership, which outlines overall cooperation objectives, policy responses and priority fields for the EU's engagement in Central Asia. The Partnership and Cooperation Agreement (PCA), which had been in force since 1999, paved the way for a broader bilateral relationship. Everything from political dialogue, trade in goods, business and investment to cooperation on matters related to democracy and human rights and cooperation on prevention of illegal activities were covered in the PCA.

President Mirziyoyev came to power in September 2016 and he has triggered numerous ambitious reforms, in particular to improve the business climate, the judicial system and security services, labour conditions, and administrative accountability and efficiency. The  current leadership has also actively engaged with neighbouring countries to defuse tensions.

It is all a far cry from the days, not so long ago, which were marked by a sharp deterioration of relations and EU sanctions against Uzbekistan.

The rapprochement between the EU and Uzbekistan began in early 2007 with the adoption of the EU Strategy on Central Asia. The EU has since gradually come to recognise the strategic importance of Uzbekistan and in broader terms Central Asia. Less attached to strong geopolitical interests than Russia, China and the US, the EU is seen as being in a better position to assist the regime progress along a transition trajectory.

There is an obvious fear among European policy-makers that putting too much emphasis on human rights, democratization and the rule of law could drive Uzbekistan into the orbit of Russia and China and move it away from Europe. Moreover, some observers argue against the EU taking a too moralistic approach which, it is suggested, would be counterproductive to the EU’s diversification of its energy imports.

One hope for the future is seen as engaging the thousands of talented young Uzbeks who have studied abroad on various Western scholarships and returned home. The consensus is that the EU should continue to invest in the development of stronger and independent civil society groups by engaging with these young professionals.

Italian  European People’s Party MEP Fulvio Martusciello, who chairs Parliament’s EU-Uzbekistan Parliamentary Cooperation committee, shares such objectives and said, “During my term, I aim to strengthen strategic and economic relationships between the European Parliament and Central Asian States, including Uzbekistan, together with political dialogue and promotion of human rights, trade and common security.”

Further comment comes from Fraser Cameron, director of the EU Asia Centre in Brussels, who was asked by this website to characterise current EU/Uzbek relations.

The respected Cameron said: “Relations have certainly improved in recent years following the changes in Uzbekistan.”

On the importance of the agreement to Uzbekistan, he said: “It is very important as it offers an alternative support structure apart from Russia and China.”

However, more needs to be done by Uzbekistan in terms of reforms, he says, adding: “Uzbekistan is on the right track but needs to continue to improve its governance structures, rule of law and human rights record.”

On whether Uzbekistan sees its future more with Russia or the West and EU, Cameron, a former veteran with the European commission, said, “The country recognises that genuine reforms to enable it to be a competitive economy will be supported by the EU, not by Russia.”

An expert assessment also comes from Niccolo Rinaldi, head of unit for Asia, Australia and New Zealand in the European parliament who told this website that “more progress” had been made in the four years since President Mirziyoyev came to power “than in the previous 40 years.”

Rinaldi, based in the DG for external policies, said that despite the health pandemic causing a planned meeting in Brussels between the two sides in June to be cancelled he sees “no problems” with progress with the EPCA.

“Trade is one of the most sensitive areas of the deal but it also covers a whole range of other issues including archaeological research, a matter of particular concern to Uzbekistan, and tourism. “The pandemic has delayed things but I see no problem with this as there is no specific urgency because we have the existing PCA in place.”

He added: “The EPCA is important because it will provide a new legal basis, along with binding commitments, for a much deeper cooperation between the EU and Uzbekistan. This and the opening of negotiations on the EPCA, has already been supported by the Parliament in a resolution adopted by the foreign affairs committee."

A spokesman at the Uzbekistan embassy in Brussels said: “It is gratifying that in recent years our relations have significantly intensified and acquired a comprehensive character. Last May, the then council president Donald Tusk visited Uzbekistan. In April of this year, fruitful telephone conversations took place between the Uzbek president Shavkat Mirziyoyev and his council counterpart Charles Michel. Only this year, the Minister of Foreign Affairs of our country Abdulaziz Kamilov and EU High Representative for Foreign Affairs and Security Policy Josep Borrell met in Berlin in January and had a telephone conversation in May.”

Trade is the basis for mutually beneficial and pragmatic cooperation between Uzbekistan and the EU, said the spokesman, adding, “We are convinced that the parties have significant unused potential in this area. The Uzbek side expresses its readiness to increase the volume of bilateral trade to $10 billion in the coming years.

“Uzbekistan and the EU have made significant progress in developing an EPCA and the parties hope to complete this process by the end of this year.

“We are interested in Uzbekistan's obtaining the status of a beneficiary country of the GSP+ scheme, which allows exporting more than 6,000 items of goods to the European market on a duty-free basis. By now, Uzbekistan has acceded to all international conventions necessary to provide our country with unilateral EU preferences. On June 2 this year the Uzbek side has submitted the formal application on this issue to the Commission. We look forward to the early completion of this process.

He said: “We are grateful to the European side for supporting Uzbekistan's aspirations to join the WTO and allocating €5 million for the implementation of the EU technical assistance project in this direction.”

Asked to characterize current EU/Uzbek relations, Greens MEP Niklas Nienass told this website: "I have the feeling that both sides are actively coming closer to each other."

The German member added:"The European Union welcomes the wind of change that still waves through Uzbekistan."

Coronavirus: President von der Leyen highlights role of regions and cities in recovery and beyond

COVID may deepen the hidden human and economic cost of arthritis