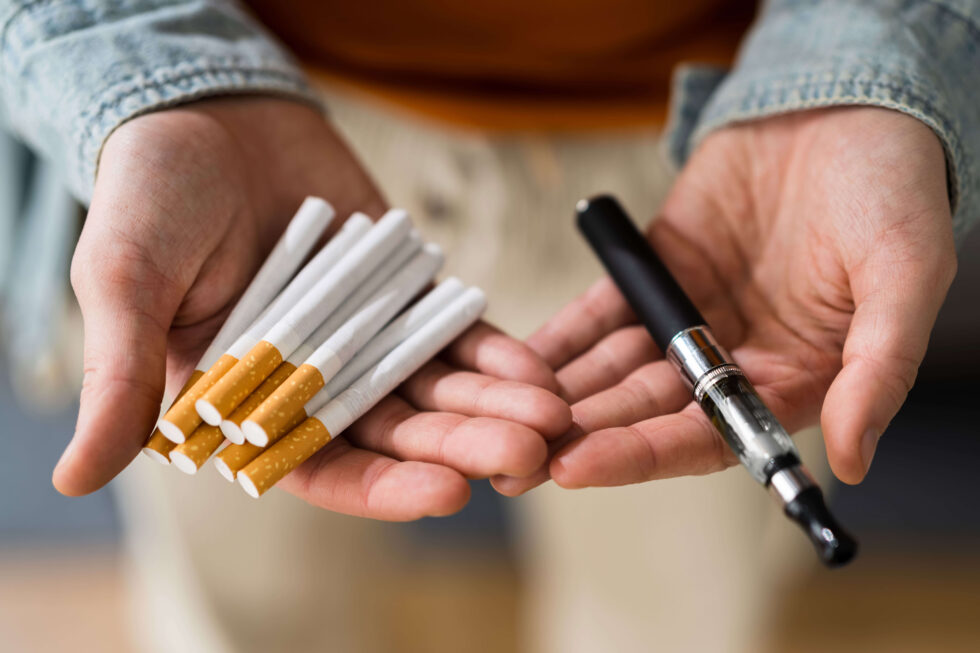 Each year 2.7 million Europeans are diagnosed with cancer. Cancer will become the number one cause of death in Europe within a few years without action. Europe's ambitious Beating Cancer Plan aims to reverse this trend and reduce the number of smokers in Europe to less than 5% by 2040. The European Parliament is the first EU Institution to recognise the vital role of tobacco harm reduction strategies by replacing cigarettes. Less risky alternatives to cigarettes could reverse the rising cancer rates in Europe.

Cancer in Europe in figures

Every year 2.7 million Europeans are diagnosed with cancer. In 2020, about 1.3 million Europeans died from the disease. This number will rise sharply, and cancer deaths will increase by almost a quarter by 2035 if we do not take any measures.

For Europe, this means that a quarter of all cancer diagnoses worldwide are registered in our continent, while it represents less than one-tenth of the world's population.

Cancer is therefore well on the way to becoming the number one cause of death in Europe. This paints an unacceptable picture of the future, especially when we know that 40% of cancer cases could be prevented by early detection.

These staggering figures not only place a huge burden on the European healthcare system, but also entail a huge financial cost, estimated at EUR 100 billion per year. Such excessive and disproportionate figures call for an urgent, comprehensive, bold and pragmatic European approach.

A plan to turn the tide

On 16 February 2022, the European Parliament has adopted a resolution on cancer prevention and treatment that recognises the potential contribution of vapor products to smoking cessation. The resolution notes that "electronic cigarettes could allow some smokers to quit smoking progressively."

The European Parliament has recognised that any switch from the cigarette to an alternative smoking method, such as vaping products, represents a risk reduction and implies a direct health gain with life-saving effects. The European Parliament resolution also calls for further scientific evaluation research on the health risks of next-generation nicotine products such as the e-cigarette.

The adoption of the European Beating Cancer Plan by the European Parliament should dramatically help to reverse the trend by tackling the rising incidence of cancer. However, given the scale of the Plan, clear priorities will need to be set. The fact is that tobacco is the main risk factor and is therefore still the number one cause of tobacco-related death.

Through a series of initiatives, this ambitious plan aims, among other goals, to reduce tobacco consumption from 25% today to less than 5% in 2040 and to move towards a future "tobacco-free generation". Therefore, the European Commission will allocate €4 billion for the 2021-2027 budget period.

Nevertheless, to meet its aspiring targets in the fight against cancer, the European Commission will have to abandon its ambiguous stance on harm reduction alternatives to tobacco in the future. Accordingly, the EU Institution prepares to review its Tobacco Products Directive (TPD) in the next two years and the Directive aims to improve the functioning of the internal market for tobacco and related products while ensuring a high level of health protection for European citizens. In the past, it relied mainly on tax increases to reduce tobacco consumption in Europe.

Since 2016, the European Commission has also been working on a revision to the Tobacco Excise Directive (TED), a legal framework that is meant to apply similar excise duties to the same products. Currently, the tobacco tax situation in the EU remains fragmented as different member states have imposed different tax rates on various products.

This year, the revision of TED following a significantly participated Open Public Consultation Procedure is likely to happen. The Consultation overwhelmingly showed scientific and academic support in favour of integrating the same lifestyle nudges that were effectively used in other behavioural changes (pollutant to less pollutant cars and fuel) in tobacco: from combusted to non-combustible products.

Despite the scientific consensus, the Commission's initial interpretation of those was to come to a different conclusion. In that regard, both the Commission and Parliament seem united in not applying to tobacco taxation the learnings from other areas - alcohol, sugar, energy or cars.

In addition to higher tobacco prices, neutral packaging and the expansion of smoke-free zones, the aim is to keep the younger generations out of tobacco influence. In this context, the European Commission tends to subject risk-reducing alternatives, such as vaping products, to the same strict policy as traditional tobacco products.

Overregulation of substitutes and alternatives to traditional tobacco products is not productive in the fight against cancer. There is irrefutable scientific evidence that these alternatives are adequate aids to smoking cessation. It would be good to consider science and the reality of the tobacco smoker.

It is also undeniable that there are significant differences in cancer risk between cigarettes and reduced-risk nicotine products. Although the latter is not risk-free, research by the IEVA (Independent European Vape Alliance) shows, among other things, that more than 80% of vapers have entirely given up smoking cigarettes.

The wide choice of flavours (with or without nicotine) is also an essential consideration for those who smoke in switching to tobacco-free alternatives. Therefore, banning or restricting flavours in vaping liquids will have a negative impact on smokers' willingness to change to such options.

Risk and harm reduction products such as these have to be satisfactory to smokers, the target population. Otherwise, they won't make the change, or some that did may go back to smoking.

The variety of flavours is one of the main reasons smokers switch to e-cigarettes and vaping products. They prevent them from returning to cigarettes. In other words, a draconian approach to flavours could increase health risks.

Hopefully, the European Commission will conclude as the European Parliament and acknowledge the harm reduction potential of nicotine-containing alternatives to cigarettes. This approach can reduce cancer instead of keeping the dogmatic attitude against harm-reduction alternatives.

In line with the recommendations, efforts should be made to clearly and scientifically identify and quantify the risk differences between tobacco products and novel tobacco alternatives. After all, the health risks differ pretty dramatically.

Smoke-free products can play an essential role in helping reduce the harms of smoking. For example, in Canada, the government has followed the advice of the UK Department of Health by proactively advising consumers that "vaping is less harmful than smoking." In Japan, the introduction of heated tobacco products has led to multi-year annual declines of 9.5% in cigarette sales, exceeding the previous annual decreases of 2.9%.

From there, simulations can also be carried out showing what health gains can be made by making alternatives to smoking sufficiently accessible, both financially and in terms of human lives. A pragmatic, science-based policy to reduce tobacco-related mortality is more than necessary given the dramatic cancer rates. Moreover, such a policy will help pave the way for a tobacco-free generation.

 How to Succeed in Horse Racing Betting

What further changes can we expect to gambling legislation this year?