The European Association of Hospital Pharmacists (EAHP) has today (19 March) launched its 2014 survey on medicines shortages in Europe. It will be open for seven weeks, closing at midnight CET on 7 May 2014.

Covering issues such as the prevalence of shortages, types of shortages, and length of shortages, the survey  also investigates the impact that shortages have on patient care and the operation of hospital pharmacy services.

Speaking on the launch of the survey , EAHP President Dr Roberto Frontini said: "EAHP’s previous survey in 2013 told us just how prevalent the problem of medicines shortages in European hospitals has become - 99% of hospital pharmacists reported it as a problem, 63% said it is a weekly or daily occurrence, and 73% reported the problem to be getting worse.

"As we continue to raise awareness of this problem with the European political institutions, and call attention to the need for action, we are urging hospital pharmacists in every country to tell us more about the how the problem is impacting their work and the provision of care to patients.

"It is in the public interest that experiences about medicines shortages are shared and made well known in order that evidence based policy responses can be instigated without undue delay. I therefore encourage every hospital pharmacist, at whatever level of practice, to complete the survey and tell us what’s happening in their hospital!" 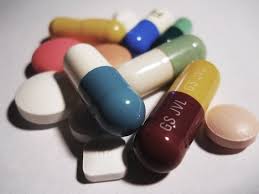 Substance abuse results in additional burden on healthcare costs, crimes, and lost productivity. In last decade, India has witnessed several instances of increased availability of drugs and increased number of arrest, trials, and conviction under the Indian Narcotic Drugs and Psychotropic Substances Act.

Given the paucity of studies related to illegal drugs and drugs selling in India, an effort was undertaken by the author with his research team that was involved in jail related projects from 2011 to 2016 in various states, to examine the issue of illegal drugs and drugs selling from the perspective of those either convicted of such offenses. Data for the survey were collected from convicted drug peddlers across three states in India – Punjab, Gujarat, and Delhi.

They were repeatedly assured that their responses for this survey shall remain anonymous and confidential. Data were collected by a team of research associates trained in the local language of the state. Brislin protocol using back translation was followed to translate the questionnaire. A total of 872 responses were collected across the three states in India. All these 872 were convicted under Indian Narcotic Drugs and Psychotropic Substances Act. The participation for the survey was voluntary.

The results indicated many counter-intuitive insights. First, 78.10% of drug peddlers reported that they used to consume drugs and selling of drugs was limited to those amongst their friends and family. Of these, around 56.54% of respondents became drug peddlers as a result of being a regular drug user. A majority of the respondents (86.70%) argued that they were trapped into drug trafficking by their drug suppliers with whom they had frequent interaction owing their consumption habits. The survey questionnaire also included questions on understanding the nature of the drug trade. 77.06% of the respondents asserted that drugs are not indigenous and most of the drugs are brought from other countries. 81.88% also reported that the drugs they used to sell were routed to India from other foreign countries.

The peddlers were also asked to give inputs relating to the country they think the drugs are infiltrated in India. Majority of the drug peddlers (83.94%) reported that the drugs are infiltrated in India from Pakistan. This was followed by Nepal (5.05%), and Afghanistan (4.24%). The detailed distribution of the countries is shown in the graph below. Similarly, we also asked them to report how drug suppliers operate and were asked to rank them based on the frequency of the method used.

For our analysis, we considered the mean ratings of all the respondents to rank the modus operandi of drug peddlers in India. The results show that cross border transactions are the most common form of operation. This is followed by tourists, Illegal, college students, and business people. The most favorable place to sell drugs according to the respondents were (ranked from best to worst): 1 = Pubs and Bars, 2 = Restaurants and hotels, 3 = Colleges and Universities, 4 = Drug rehab centers, 5 = schools.

The drug peddlers were also asked questions pertaining to the profitability of the drug trade. Almost the majority of the respondents reported that on an average a profit of more than 10 lakhs is reaped from selling drugs worth INR 1 lakh. It demonstrates that the drug trade has a profitability of more than 1000 percentage. Lastly, two questions pertaining to the society and drugs were also asked. More than 85% of the respondents (86.12%) believed that music that promotes drugs has increased the drug consumption among the youth.

They contended that consumption of drugs was accompanied by music that talked about drug use and absurdity of life. On a similar note, 79.36 percent believed that Bollywood movies that glorify drugs has resulted in an increased intention to consume drugs. Specifically, the respondents reported that almost all of their clients and they themselves were trying to imitate some actor/actress from Bollywood and that drugs would result in them feeling confident about themselves. On measurement scale for self-esteem, most respondents reported very low self-esteem (scale of 1 to 7 average score was 2.4).

The study does provide some insights from the perspective of those convicted in the illegal drug related cases. Consequently, it may be useful to counsel individual at early age, particularly in schools about the menace of drug abuse. Also, health facilities and provision of rehabilitation must be strengthened. Given that some Bollywood movies play a role in glorification of consumption and trade of illegal drugs, akin to the warning that is delayed for cigarette smoking in movies, there needs to be similar warning when characters are shown consuming drugs.

In other words, the viewers should warned of penalties that arise from consumption and trade of drugs. More specifically, random drug tests in institutions could be instituted. Also, given that majority of the drugs are infiltrated from neighboring countries, the border deterrence could be enhanced. Further, college students and pubs are the most common target consumer segment for drug peddlers. Hence, the administrators of academic institutions should take appropriate measures and test for drug abuse.

Also, pubs should be regulated. Finally, given that drugs are a lucrative trade, it is likely to see more prevalence in places where there is wealth. Hence, metropolitan cities need to develop special units or strengthen the existing special units for dealing with illegal drug cases.

Fight against illicit drugs: Launch of the European Drug Report 2020

On 22 September, Home Affairs Commissioner Ylva Johansson participated in the virtual launch of the European Drug Report 2020, together with Laura d'Arrigo, chairwoman of the European Monitoring Centre for Drugs and Drug Addiction's Management Board, and the Agency's Director Alexis Goosdeel.

Promoting our European Way of Life Vice President Margaritis Schinas said: “Organized crime groups quickly adapted their drugs operations to the new situation brought by the coronavirus pandemic. Under the Security Union Strategy, we are working to reduce both the demand and supply of illicit drugs.”

Commissioner Johansson said: "The high levels of cocaine and heroin seized show that criminals continue exploiting supply chains, shipping routes and large ports to traffic drugs, threatening the health and security of those living in Europe. Modern organized crime needs a modern organized response. This is why we are working with our European Agencies to dismantle drug trafficking networks and disrupt production while improving prevention and access to treatment.”

The European Drug Report analyses recent drug use and market trends across the EU, Turkey and Norway. This year's report shows an increase in cocaine availability with seizures at a record high amounting to 181 tonnes, an almost doubling of heroin seizures to 9.7 tonnes and high availability of high purity drugs in the EU.

It also explores the appearance of novel synthetic opioids, of particular health concern and addresses the challenges caused by the coronavirus pandemic.  The report itself is available online, together with a full press release by the European Monitoring Centre for Drugs and Drug Addiction.

On 28 July, the European Commission signed a contract with the pharmaceutical company Gilead to secure treatment doses of Veklury, the brand name for Remdesivir. As from early August onwards, and in order to meet immediate needs, batches of Veklury will be made available to member states and the UK, with the coordination and support of the Commission. The Commission's Emergency Support Instrument will finance the contract, worth a total of €63 million.

This will ensure the treatment of approximately 30,000 patients presenting severe COVID-19 symptoms. This will help to cover the current needs over the next few months, while ensuring a fair distribution at EU level, based on an allocation key, taking into account the advice from the European Centre for Disease Prevention and Control.

The Commission is now also preparing a joint procurement for further supplies of the medicine, expected to cover additional needs and supplies as from October onwards. Health and Food Safety Commissioner Stella Kyriakides said: “In recent weeks, the Commission has been working tirelessly with Gilead to reach an agreement to ensure that stocks of the first treatment authorised against COVID-19 are delivered to the EU. A contract has been signed yesterday, less than a month after the authorization of Remdesivir, which will allow the delivery of treatments from early August for thousands of patients. The Commission is leaving no stone unturned in its efforts to secure access to safe and efficient treatments, and is supporting the development of vaccines against coronavirus. Yesterday's agreement is another important step forward in our fight to overcome this disease.”