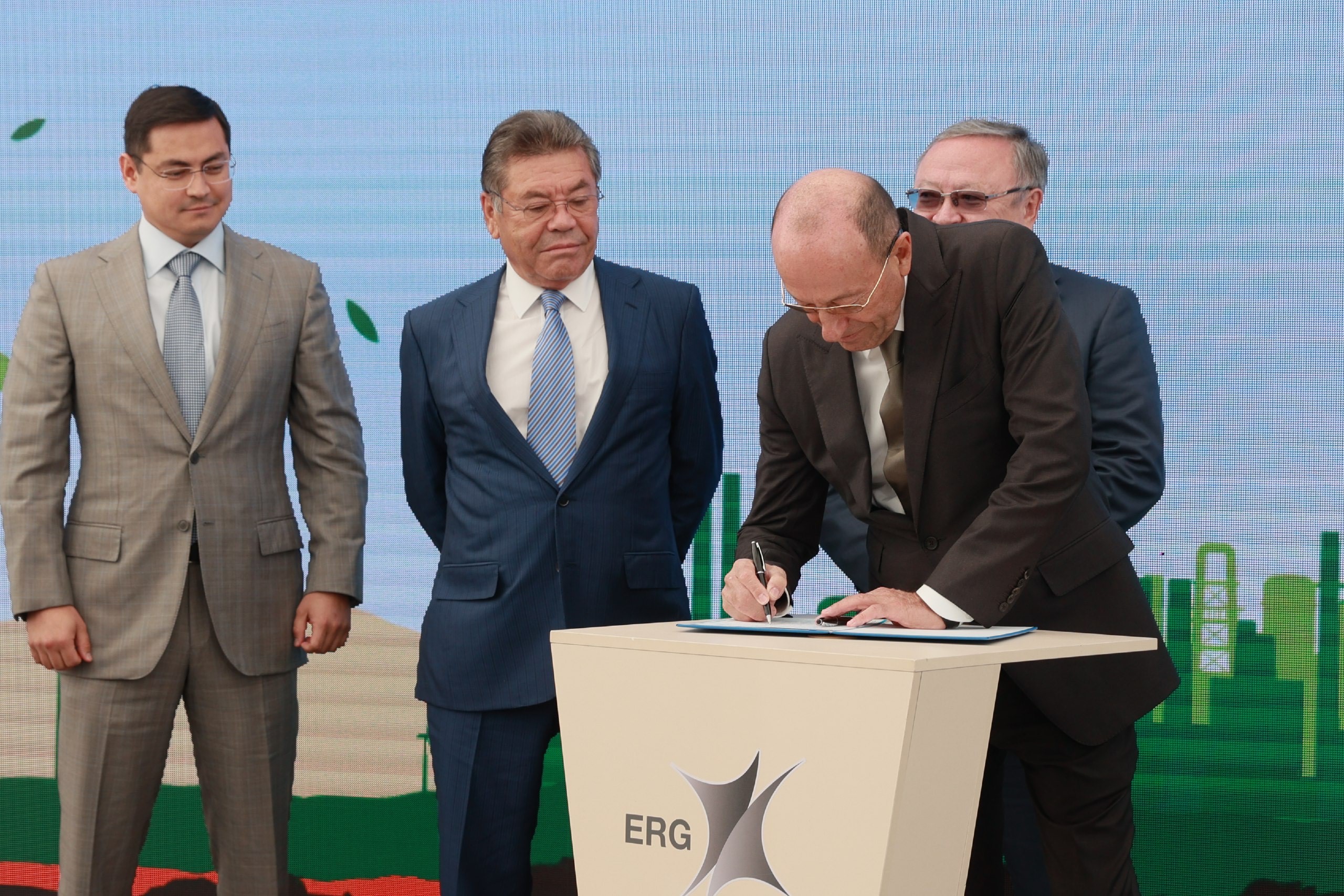 Eurasian Resources Group (“ERG” or “The Group”), a leading diversified natural resources producer, today announces that it plans to invest nearly KZT 110 billion (ca. $230 million) in building a major wind power plant in Kazakhstan, the Group’s country of origin. To be commissioned in 2024, the new renewable energy facility will have a capacity of up to 155 MW, making it the most powerful plant in the Aktobe region, and is expected to reduce CO2 emissions by around 520,000 tons annually.

The wind turbine park will extend over 150 hectares near the town of Khromtau in Kazakhstan and will be constructed using the latest engineering and technology. Around 300 jobs will be created during the construction phase, and the facility will provide 30 permanent jobs once it is commissioned.

The wind power generated will be used to supply ERG’s Kazchrome Donskoy GOK plant, the largest industrial enterprise in the Aktobe region, and cover the plant’s growing energy needs as it increases its production capacity in the coming years. In addition, the wind farm will supply energy to neighbouring industrial facilities and the Aktobe region more widely, thereby reducing Kazakhstan’s usage of coal.

This will be ERG’s first proprietary wind farm project, and forms part of the Group's ambitious ESG Strategy and decarbonization programme. In total, by 2030, ERG plans to reduce its emissions to air by 56%, emissions to water by 30% and water consumption by 33% through its Environmental and Energy Strategy.

Dr Alexander Machkevitch said: “President of the Republic of Kazakhstan Mr Kassym-Jomart Tokayev recently announced that Kazakhstan intends to achieve carbon neutrality by 2060, and ERG is in full support of this initiative. This new plant is an important step and I believe that Donskoy GOK’s transition to wind power will be a great success, and one that we will look to replicate at ERG’s other facilities. We hope that the construction of this wind farm serves as an example for other large enterprises in Kazakhstan, and takes the country closer to the ambitious goal of becoming a carbon-neutral state.”

The powerful IEC S-class turbines to be used at the wind power plant can generate electricity in a range of weather conditions and with wind speeds from 3-25 metres per second. This will ensure that the necessary power output can be generated, despite the extreme continental climate of Western Kazakhstan.

Kazakhstan as a contributor to food security