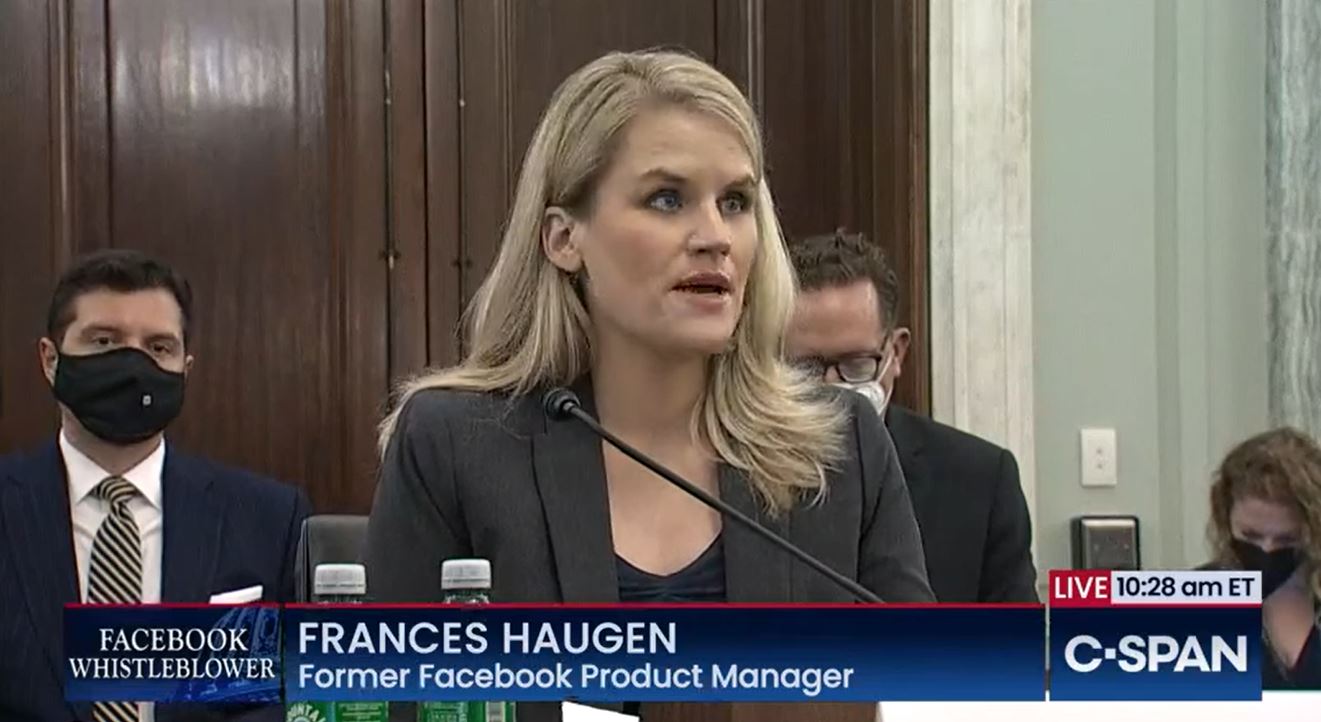 Haugen was the source behind a series of articles recently published in the Washington Post revealing internal company research reports demonstrating that the Facebook group, including Instagram and WhatsApp, was aware of the harm it was causing to young people, to the vaccination effort and to democracy.

At a US Senate hearing Haugen said in an opening statement that she believed that Facebook’s products harm children, stoke division, weaken our democracy and much more: “The company’s leadership knows ways to make Facebook and Instagram safer and won’t make the necessary changes because they have put their immense profits before people.”

IMCO Chair Anna Cavazzini (Greens/EFA, DE) said: “Whistleblowers like Frances Haugen show the urgent need to set democratic rules for the online world in the interest of users. Her revelations lay bare the inherent conflict between the platform’s business model and users’ interests. It shows that we need strong rules for content moderation and far-reaching transparency obligations in Europe. It also shows that corporate self-regulation has not worked.

“With the Digital Services Act, the European Union is on the right track to fight hate speech and disinformation online by addressing business models that use algorithms to sell more advertising, even if this has a detrimental effect on society. We need to regulate the whole system that favours disinformation and violence over factual content – and we need to enforce it effectively.

“All allegations in the ‘Facebook Files’ must be investigated.”

The Internal Market Committee is currently working on its response to the Digital Services Act and the Digital Markets Act, presented by the European Commission in December 2020.

The draft reports on the DSA and DMA, drafted by Christel Schaldemose (S&D, DK) and Andreas Schwab (EPP, DE), respectively, were presented in committee on 21 June. A total of 2297 amendments have been tabled in the committee to the DSA and 1199 to the DMA. Draft compromise amendments will be considered on 27-28 October and the vote in committee is scheduled for 8 November.