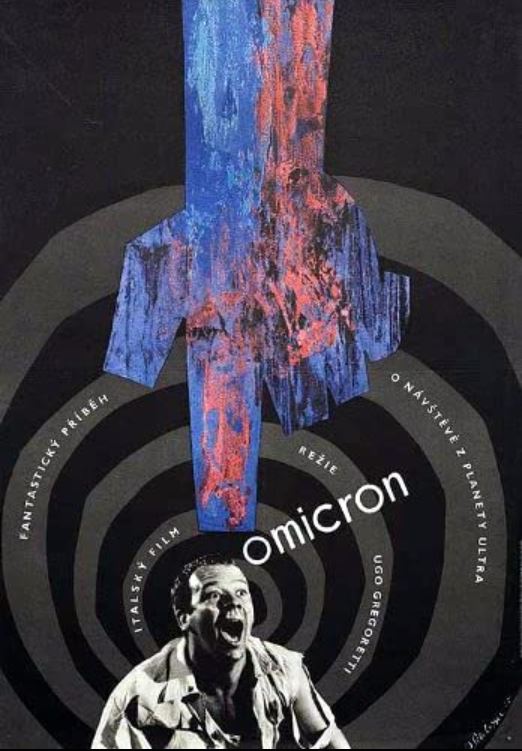 Europe had been struggling with its fourth wave of COVID-19 already, then we learnt late last week of a new variant of concern, the Omicron variant. We have skipped the thirteenth letter (unlucky for some) of the Greek alphabet ‘Nu’ as it sounded too close to ‘new’ and the fourteenth letter ‘Xi’ as it could be confused with the President of the People's Republic of China, Xi Jinping and bring back memories of the Trump era and the “China virus”.

The European Commission responded rapidly with an emergency brake on travel from Southern Africa and with immediate use of the recently created HERA (the European Health Emergency preparedness and Response Authority) expert group on variance, as well as the Commission President’s COVID pandemic advisory group. How serious the new variant is is not yet known, but even without it most EU states were already taking measures to slow down high rates of infection.

As ever there is always someone or something that gains from a crisis. In this instance it might be a renewed interest in a 1960s Italian science fiction film called Omicron where an alien takes over the body of an earthling in order to learn about the planet so his race can take it over, which is - I suppose - a reassuring message in a way: things could be worse!

Global Gateway: EU High Representative Josep Borrell is slated to  present the EU’s Global Gateway (GG) initiative. The idea of an EU Global Gateway was presented by Commission President von der Leyen in her State of the EU address in September. The GG is part of a new connectivity strategy to invest in quality infrastructure, connecting goods, people and services around the world and is aimed at offering a European version of China’s belt and road initiative. The gateway aims to connect institutions and investment, it will be a key plank in the next EU-Africa Summit in February.

Vice President Jourova will take to the podium again to present a digital justice package including: the digital information exchange on cross-border terrorism cases; a joint investigation teams collaboration platform and digitalisation of cross-border judicial cooperation

Vice President Schinas will present a paper on the new COVID-19 challenges.

Education, Youth, Culture and Sport Council (29 and 30 November): : recommendations on blended learning approaches (combining school site and  different digital and non-digital learning tools); a resolution on adult learning and a debate on digital education and skills. On youth, ministers will discuss civic spaces for young people and will approve a resolution on the EU Youth Strategy - about the implementation of the youth strategy 2019-2022 and the 2022-2024 work plan respectively.

Foreign Affairs Council (Trade) scheduled for today has been cancelled after the cancellation of WTO’s 12th Ministerial Conference (MC12) meeting.

Transport, Telecommunications and Energy Council - Energy (2 December) ministers will discuss the surge in energy prices, including an assessment of the situation in the electricity market produced by the European Union Agency for the Cooperation of Energy Regulators (ACER);  progress reached on the proposals to amend the renewable energies and the energy efficiency directives, that are part of the “Fit for 55 package”; external energy relations; tne Trans-European Networks – Energy (TEN-E); and, France will present the work programme for its upcoming Presidency.

Transport, Telecommunications and Energy Council - Telecommunications (3 December) The Council is aiming for a general approach on a high common level of cybersecurity across the EU (‘NIS2’) and will assess progress on the Artificial Intelligence Act, a framework for a European Digital Identity and the Path to the Digital Decade. Ministers will hold a policy debate on digital rights and principles - '2030 Digital Compass: the European way for the Digital Decade. There will also be an update on the state of play of discussions on the revision of the roaming regulation, the draft Data Governance Act, and the long delayed privacy rules for electronic communications (ePrivacy).

EU trade interests: The International Trade Committee will vote on the creation of an international procurement instrument to encourage the EU’s trading partners to give each other reciprocal market access for public procurement. An online briefing for media will take place at 16:15 (Monday).

Moldova: European Parliament President David Sasssoli will sign a memorandum of understanding with Igor Grosu, Speaker of the Moldovan Parliament

Screening of asylum-seekers/EU’s response to migration crisis: The Civil Liberties Committee will begin legislative work on two asylum and migration proposals. One will cover new procedures to make a quick determination at the EU’s external borders whether an asylum-seeker should be refused entry, returned, or referred to the EU’s asylum system. The second file is about a new instrument to tackle migration crises in one or more EU countries. A press conference on the crisis instrument proposal will take place at 12:15 (Tuesday).

European Medicines Agency: The Executive Director of the European Medicines Agency (EMA) Emer Cooke will debate with the Environment and Public Health Committee the latest developments in the COVID-19 vaccination campaign (including reviews, authorisations for paediatric use and boosters), as well as recent developments around COVID-19 therapeutics and the general epidemiological situation (Tuesday).

Gender-based violence: The Women’s Rights and the Civil Liberties committees will adopt a legislative initiative calling for a directive to establish the minimum rules concerning the definition of the crime of gender-based cyber-violence and related sanctions, new measures to promote the prevention of this crime, and to ensure justice and support for victims (Tuesday).

Common charger: The Internal Market Committee will have its first exchange of views on the proposal for a common charger for electronic devices, long requested by Parliament. The proposal requires that mobile phones and similar devices, such as tablets, digital cameras, headphones and headsets, handheld videogame consoles and portable speakers, that are recharged via a wired cable, be equipped with a USB Type-C port, regardless of the device brand (Wednesday).

Does the governor of a national central bank, who is also a member of the Governing Council of the European Central Bank (ECB) enjoy immunity under EU law? Officials and other servants of the EU are immune from legal proceedings in all Member States in respect of acts performed by them in their official capacity. The question has arisen because of criminal proceedings against the former president of the central bank of Latvia for taking bribes and money laundering in connection with a prudential supervision procedure concerning a Latvian bank. This case will test the limits of that immunity. Tuesday (Judgement)

Dyson damages: Dyson and other manufactures of bagless cyclonic hoovers will find out if their claim for damages of €127 million from the Commission will be successful on Wednesday. The Court ruled in 2017 that the Commission had to annul delegated legislation on the energy labelling of vacuum cleaners. The claimants argue that there is a direct causal link between loses and the unlawfulness of that delegated regulation.

Facebook: Facebook will be in the spotlight again over GDPR (General Data Protection Regulation), the principle question seems to be more over who is responsible for dealing with these questions rather than over whether Facebook Ireland provided users with the necessary information on the purpose of the data processing and the recipient of the personal data. The court will be asked who is principally responsible for monitoring the application of the regulation, is it the General Data Protection Regulation supervisory authorities, who have extensive powers to monitor, investigate and take remedial action or the national court. Thursday (Opinion)

Hungary and Poland v Rule of Law: Strictly speaking, the action is brought by Europe’s wannabe autocrats against the European Parliament and Council. The claim is that the new regulation - agreed at the end of  2020 - introducing a mechanism to protect the Union budget against infringements of the principles of the rule of law is compatible with article 7 of the Treaty on European Union. The Court of Justice will be sitting in full plenary session, as the appropriate judicial formation for deciding cases deemed to be of "exceptional importance". Thursday (Opinion)