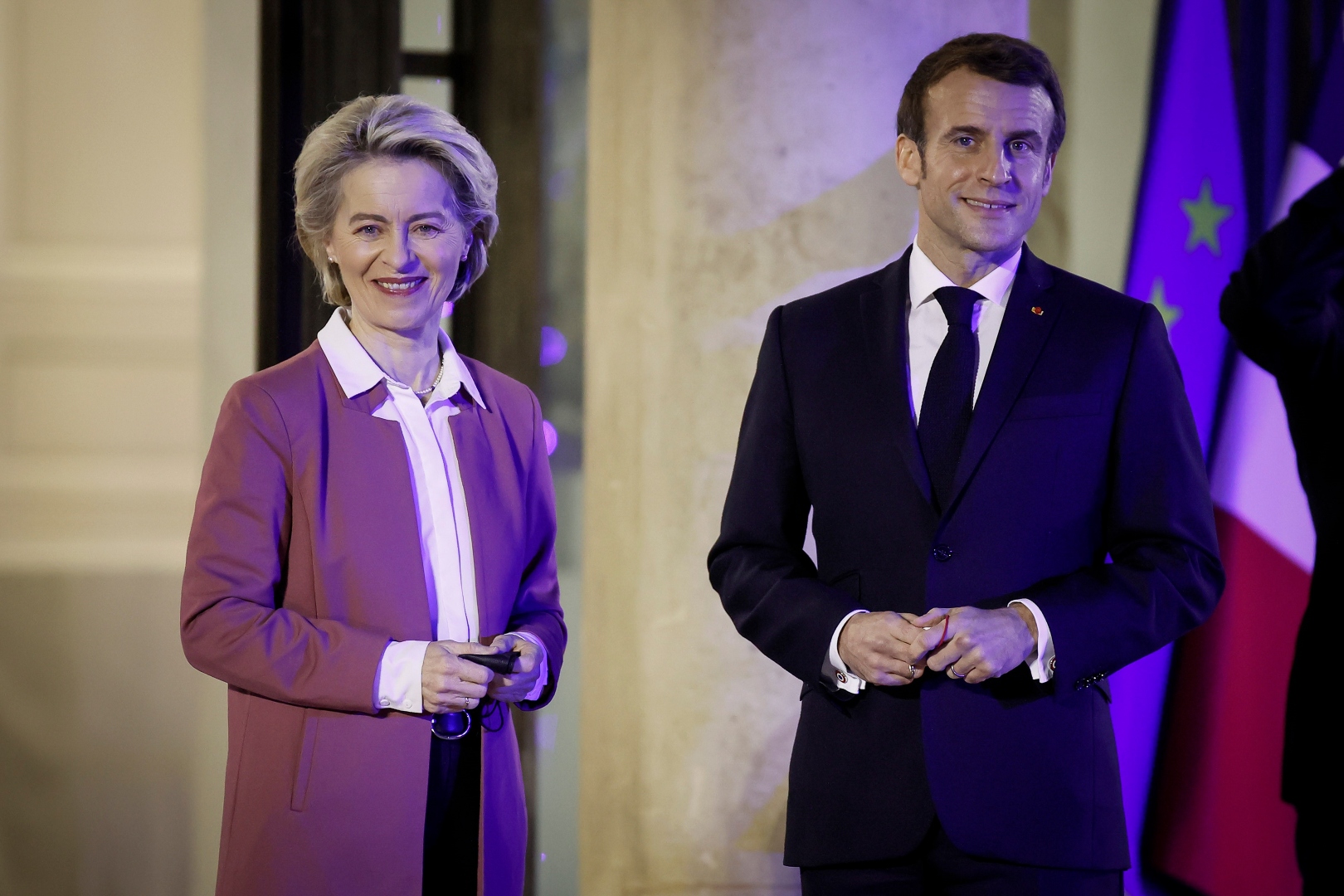 Just in case you missed it, France has launched its presidency of the Council of the European Union. At the end of last week (6-7 January) the French Presidency invited the College of Commissioners to Paris for the formal launch of its stint at the helm. Von der Leyen finished the visit with an exhausting tour with accompanying speeches at the Senate, Assembly, Panthéon and joint statement and questions (only four).

The Presidency, while governed principally by the already bulging agenda of the EU, can be an opportunity for the incumbent to put the foot on the pedal for certain dossiers. The EU is a constant negotiation and any presidency has to pick its fights; Macron is ambitious and a fighter so expect plenty of them.

Macron received some criticism for taking on the Presidency (the order can be reshuffled) when he will also be fighting a presidential election. While he hasn’t yet formally announced his nomination, it is thought that he will use the additional presidential role to highlight what France can achieve as a (or maybe even 'the') leading light of the European Union. In an otherwise euro-sceptical to euro-cynical field, this sets him aside from the other runners. The highly ceremonial visit to the Panthéon to honour and mark the role of Jean Monnet and former-European Parliament president Simone Veil, underlined how the EU is part of the French ‘patrimoine’ and as much a part of its identity as the Arc de Triomphe.

There is a long list of priorities, including getting the Digital Market and Digital Services Act over the line, agreeing to a minimum corporate tax, as well as minimum wage rules, a new security architecture for Europe and a large EU-Africa summit. This is a list that addresses some of the French population’s concerns about the European Union as a project that advances corporate interests with little heed to the struggling worker or smaller business, but which also embraces the need to tackle the challenges of the future head on. With the incorporation of nuclear energy in the taxonomy for green investment, Macron can already notch up one important victory.

What can go wrong? Overquoted, I know, but when former British Prime Minister Harold Macmillan was asked about the challenges for his administration by a journalist he is said to have replied : 'Events, dear boy, events'.

NATO Secretary General Jens Stoltenberg called an extraordinary meeting on Friday (7 January) to discuss the extensive build-up of Russian troops at Ukraine’s borders, threatening an imminent invasion. NATO and the EU have promised to respond with prohibitive sanctions should Russia take any further action. The situation has been further complicated by turbulence in Kazakhstan with a  request from President Tokayev for the assistance of Russia through the Collective Security Treaty Organization (CSTO) to restore stability. The CSTO is a collective security organization that considers itself similar to NATO, but among the obvious differences, NATO has never been called in to protect one of its members from domestic protests.

All eyes will be on US-Russia discussions in Geneva today. Russia comes to the table with a long list of what are unacceptable demands. The US is keeping its cards close to its chest, but a spokesperson last week said: “There will be no firm commitment made in these talks, which will be serious and concrete, but exploratory in nature. Everything discussed will need to both come back to Washington for consideration and also to be taken up with partners and allies later in the week.”

EU defence and foreign affairs ministers will meet informally in Brest, in France, later in the week to discuss developments.

Up, up and away

Europe’s inflation reached a new high of 5% last month. As a new president of the Bundesbank takes up office there will be increasing concern about whether it will remain something that is likely to ease in the coming months, as supply chains adapt and energy prices - hopefully - ease. Recently, Isabel Schnabel, Executive Board of the European Central Bank acknowledged that there are significant upside risks presented by the green transition: “The combination of insufficient production capacity of renewable energies in the short run, subdued investments in fossil fuels and rising carbon prices means that we risk facing a possibly protracted transition period during which the energy bill will be rising.”

The European Parliament returns to work, for a busy pre-plenary set of committee and political groups’ meetings in Brussels. Decisions will be made about the Parliament’s future presidency with the accolade expected to go to Maltese EPP MEP, Roberta Metsola.

Top issues highlighted by the Parliament

Political ads: The Internal Market and Consumer Protection Committee will kick off the discussion on a legislative proposal on the transparency and targeting of political advertising. The draft law would require any political advert to be clearly labelled and include information on who paid for it and how much. The proposed rules will create a more secure environment for consumers, as they also include measures on the use of amplification techniques. (Monday).

Belarus/EU borders: The Civil Liberties Committee will hear about the recent proposal for temporary measures in case of a sudden influx of third country nationals from Commission Vice-President Schinas and Home Affairs Commissioner Johansson. These measures would give Poland, Latvia and Lithuania greater flexibility in dealing with the arrival, organised by the Lukashenka regime, of migrants and asylum-seekers at their borders (Thursday).

New EU sources of income: The Committee on Budgets will discuss with Commissioner Hahn the proposed three new “own resources” for the EU budget, based on a revised EU Emissions Trading System (ETS), the Carbon Border Adjustment Mechanism (CBAM) and including a share of the future additional corporate tax income, expected once the OECD/G20 agreement is in place at EU level (Thursday).

Vaccines/developing countries: The Development and Foreign Affairs committees will debate access to COVID-19 vaccines in developing countries, including the EU’s commitment to share 700 million doses by mid-2022, with representatives of international organisations (Thursday).

Election of EP President and bureau: Political groups will prepare for the 17-20 January plenary session in Strasbourg, where MEPs will elect their President, 14 Vice-Presidents and five Quaestors. Parliament will also decide on the composition of its standing committees and subcommittees and debate the priorities of the incoming French Presidency of the Council of the EU, with President Emmanuel Macron.