Following in the footsteps of Hollywood actress Angelina Jolie after she visited war-ravaged refugees in a camp near Turkey's border with Syria is just one of a string of memorable recent experiences for Meirionnydd farmer's son Will Ellis.

Will, the 25-year-old son of Farmers' Union of Wales members Hefin and Sue Ellis, of Hafod Olau, Islaw'r Dref, near Dolgellau, was working in Turkey in his globetrotting role as an international product technical specialist with CNH, a world leader in the agricultural and construction equipment businesses.

On a rare visit home to the family farm, he recalled the work he did in Turkey recently was incredibly interesting. "I was based near the border with Syria, where there was a large refugee camp, and UN special envoy Angelina Jolie had been there only the previous week," he added.

Although based at the CNH UK Ltd headquarters in Basildon, Essex, Will travels the world visiting dealerships, companies and individual farmers giving advice and supervision and carrying out repairs on tractors.

After attending Ysgol y Gader, Dolgellau, Will studied at Reaseheath College in Nantwich. Periods working for tractor and agricultural machinery dealerships followed before he spent 18 months working for a John Deere dealership in Australia.

On his return from "Down Under" in 2008 he worked for four years with a Case dealership in Shrewsbury and saw a job advertised in the Farmers Weekly for CNH at Basildon. "I got that job - with a healthy sprinkling of luck!" he said.

Following a year as a technician, he was promoted to his current role with the company that employs 33,800 people worldwide and has a network of approximately 11,500 dealers in approximately 170 countries. Its 37 manufacturing facilities are located throughout Europe, North America, Latin America and Asia.

Afterwards, Huw Jones said: "Will has undoubtedly got ambition and drive and is an incredibly able individual to carry out such a skilful task.

"He is often asked to take flights out to these countries on very short notice and to provide specialist advice and electronic diagnostic training to people with a very primitive way of life.  In addition, he has to work with people with a very limited knowledge of English and work through an interpreter.

"He is very often faced with incredibly long journeys to reach farmers and dealerships and will have to make important decisions on his own account without the normal back-up and mobile phone signal which he would get in the UK.

"Undoubtedly, his experience in the Australian Outback has been of great benefit to him. He has specialist knowledge of Case Maxxum and Puma tractors and also the New Holland T6 and T7.

"The experience he gains through this work will be of immense benefit for him in future and he values greatly the experience of meeting different people in difficult and sometimes hostile environments."

Emyr Jones said: "It was a great privilege to meet Will and to discuss his achievements. He emphasised how much he looks forward to coming home to see his family.

"He certainly needs to be warmly congratulated on his outstanding achievement, his incredible career progression and we wish him well for the future." 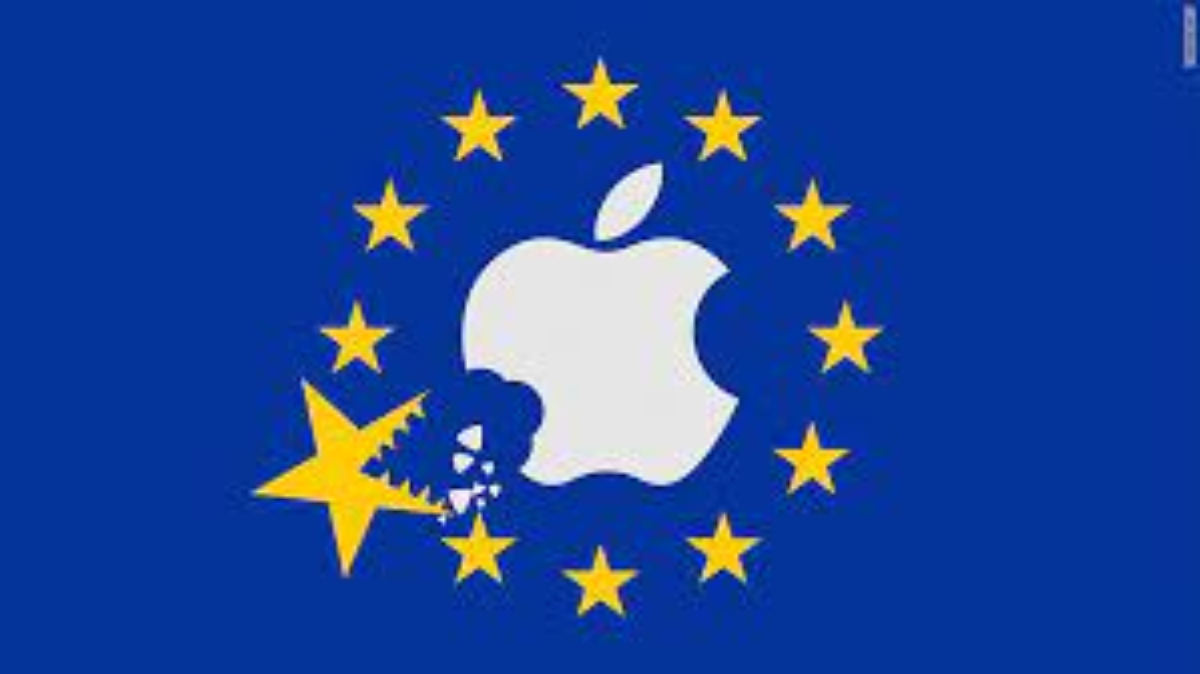 The European Commission has informed Apple of its preliminary view that it distorted competition in the music streaming market as it abused its dominant position for the distribution of music streaming apps through its App Store. The Commission takes issue with the mandatory use of Apple's own in-app purchase mechanism imposed on music streaming app developers to distribute their apps via Apple's App Store. The Commission is also concerned that Apple applies certain restrictions on app developers preventing them from informing iPhone and iPad users of alternative, cheaper purchasing possibilities.

The Statement of Objections concerns the application of these rules to all music streaming apps, which compete with Apple's music streaming app “Apple Music” in the European Economic Area (EEA). It follows-up on a complaint by Spotify. The Commission's preliminary view is that Apple's rules distort competition in the market for music streaming services by raising the costs of competing music streaming app developers. This in turn leads to higher prices for consumers for their in-app music subscriptions on iOS devices. In addition, Apple becomes the intermediary for all IAP transactions and takes over the billing relationship, as well as related communications for competitors. If confirmed, this conduct would infringe Article 102 of the Treaty on the Functioning of the European Union (TFEU) that prohibits the abuse of a dominant market position. The sending of a Statement of Objections does not prejudge the outcome of an investigation.

Executive Vice President Margrethe Vestager, in charge of competition policy, said: “App stores play a central role in today's digital economy. We can now do our shopping, access news, music or movies via apps instead of visiting websites. Our preliminary finding is that Apple is a gatekeeper to users of iPhones and iPads via the App Store. With Apple Music, Apple also competes with music streaming providers. By setting strict rules on the App store that disadvantage competing music streaming services, Apple deprives users of cheaper music streaming choices and distorts competition. This is done by charging high commission fees on each transaction in the App store for rivals and by forbidding them from informing their customers of alternative subscription options.” A full press release is available online. 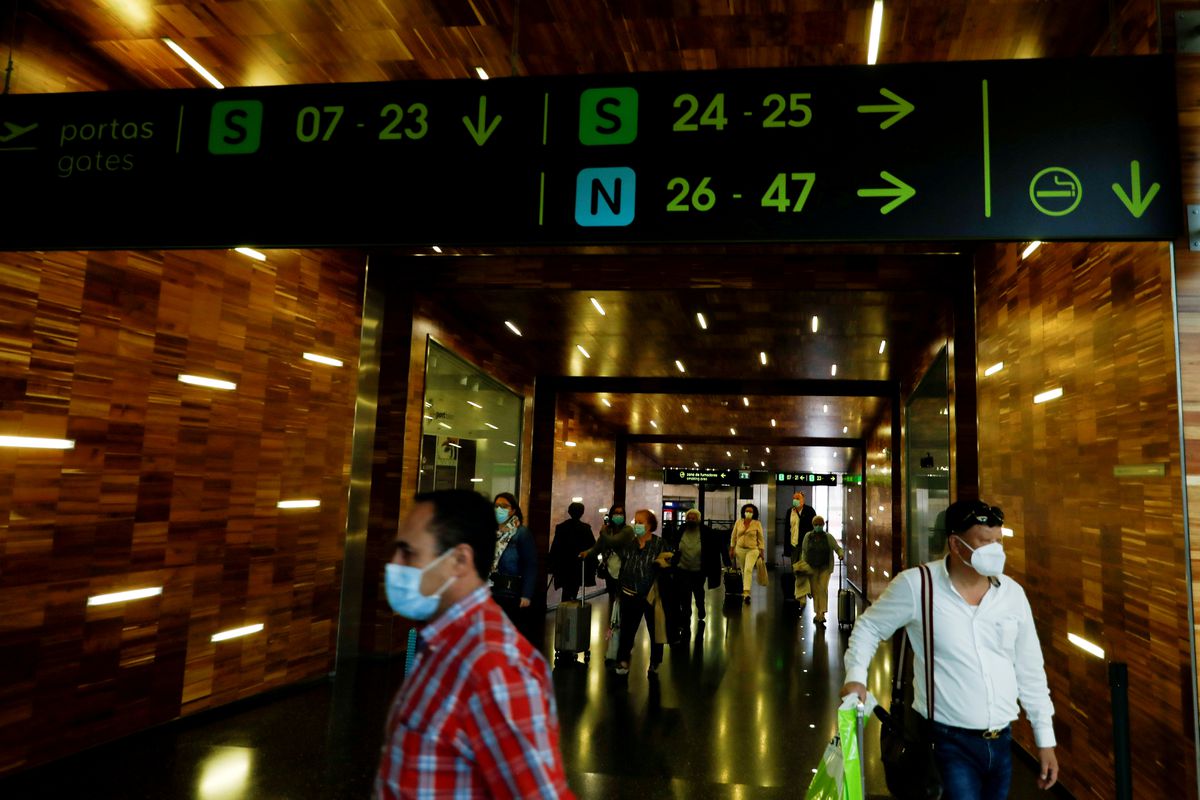 Portugal is extending until 16 May flight restrictions that stop non-essential travel from countries including Brazil with high coronavirus incidence rates, and added India to the list due to the rapid rise in infections there.

Travellers from countries where 500 or more cases per 100,000 people have been reported over a 14-day period - which also include South Africa, France and the Netherlands - can only enter Portugal if they have a valid reason, such as for work or healthcare, the government said on Saturday.

Arrivals must then quarantine for 14 days.

The decision on India means Portugal is joining a growing number of countries imposing such restrictions. Neighbouring Spain also on Saturday said passengers arriving there from India must go into quarantine for 10 days to avoid spreading COVID-19, a government bulletin said. Read more

Portugal said people from countries where the incidence rate is 150 or more COVID-19 cases per 100,000 inhabitants, such as Spain and Germany, can also travel by plane to the country only for essential reasons.

They will have to present proof of a negative COVID-19 test taken within 72 hours of departure for Portugal. Those without a test will have to take one on arrival and wait for the result at the airport.

The extension of air travel restrictions came on the same day most of Portugal moved to the final phase of a gradual easing of rules imposed in January to tackle what was then the world's worst COVID-19 surge.

As infections dropped sharply, lockdown restrictions started to be eased in mid March. Schools, restaurants and cafes, shopping malls, museums and other non-essential services have since reopened, but under strict rules to reduce contagion risk.

Portugal's 1,200 km land border with Spain also reopened on Saturday after more than three months of restrictions and border checks. 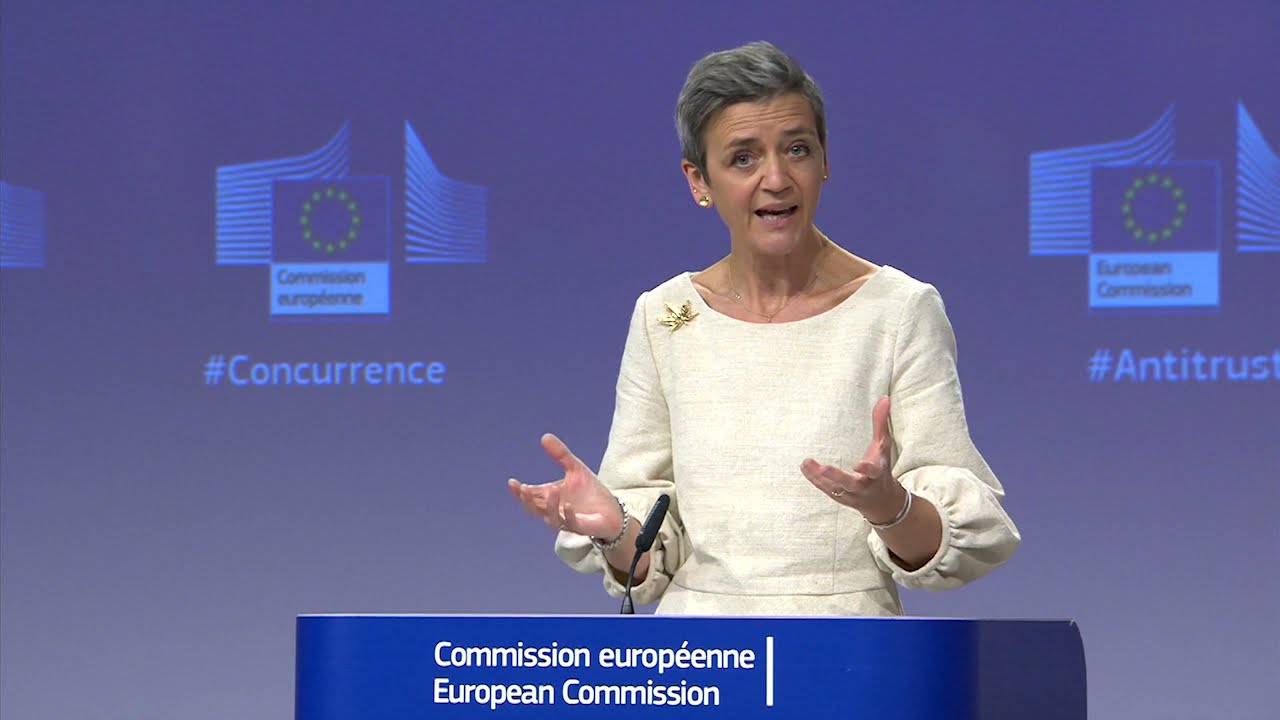 The European Commission accuses Apple of abusing their position as a gatekeeper in the music streaming market.

In its ‘statement of objections’ the Commission says music streaming app developers who want to reach Apple device users (iPhone, iPad) have to use Apple store and are charged a 30% commission fee on all subscriptions. They are also obliged to follow Apple’s ‘anti-steering provisions’, which limit developers from informing consumers of alternative purchasing possibilities outside of apps.

Executive Vice President Margrethe Vestager, in charge of competition policy, said: “Our preliminary finding is that Apple is a gatekeeper to users of iPhones and iPads via the App Store. With Apple Music, Apple also competes with music streaming providers. By setting strict rules on the App store that disadvantage competing music streaming services, Apple deprives users of cheaper music streaming choices and distorts competition. This is done by charging high commission fees on each transaction in the App store for rivals and by forbidding them from informing their customers of alternative subscription options.”

Markus Ferber MEP, European People’s Party group spokesman on economic affairs welcomed the development: “There is always a big risk of abuse for a platform operator like Apple to give preference to its own services on its platform compared to competing services.

“Apple has been using its App Store for a while to keep its competitors at bay by using dodgy contractual clauses and exorbitant fees. By making use of these anti-competitive practices, gatekeepers such as Apple are preventing true competition from emerging in the first place.”

Ferber also called the Commission’s action long overdue: “It took years for EU competition authorities to get their act together. Apple’s competitors have had to take the hit in the meantime. We urgently have to move from ex-post competition enforcement to ex-ante prevention of market abuse. The Digital Markets Act can be a powerful tool in this regard.”