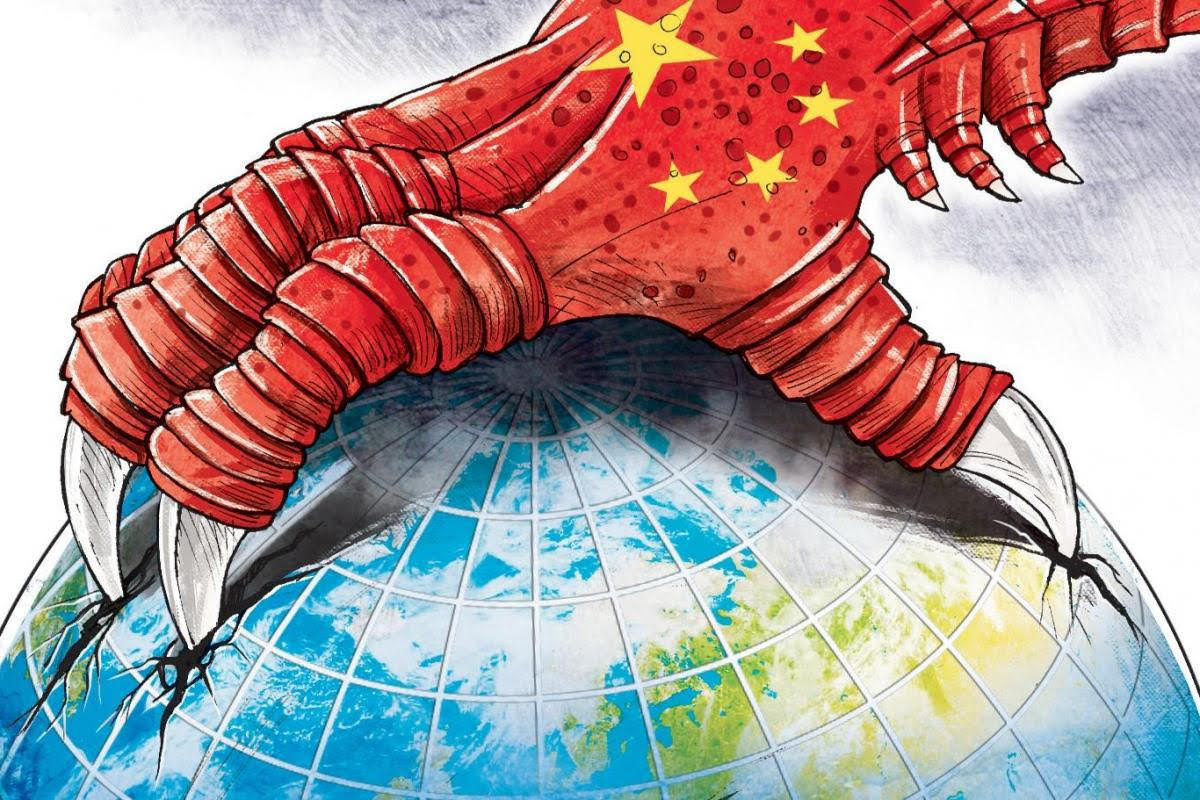 Historically, China has felt aggrieved that it has been denied its rightful place in the world order. Today, a more resilient rising China looks at the USA as principal adversary. China, through its concerted military modernisation and consistent economic growth, feels that its stature among the world order is such that it could challenge hegemony of the USA and emerge as a global player. She is riveted with a desire to challenge Western ideas and to be replace these with concepts and philosophiesthat are embellished with Chinese characteristics. This is manifesting in her expansionist policies, bellicose trade wars, military confrontations in SCS and conflict along western borders with India etc. China cites 100 years of humiliation to legitimise its belligerent actions, as it sees rise in comprehensive national power.Chinese leadership is propagating the idea of Middle kingdom, wherein all other peripheral nations are vassal in status. The idea is being carried too far by the Chinese. We shall see subsequently, how Chinese truculent actions have panned out in the region with itsramifications to neighbouring countries’, writes Henry St. George.

Extant world order, upraised by the Western democracies with great efforts, both in terms of human and economic resources, will not let China alter the systems, without stout resistance. USA has upped the ante against the Chinese unilateralism by countering her with Indo Pacific Strategy and harping on need for a rule based world order.USA and Western Democracies are aligning together to push back against Chinese unilateralism. Evolution of QUAD in its present form is one such example. South and South East Asia, that has borne brunt of Chinese expansionist designs are also realigning and integrating to dissuade China. India, due to its geo-strategic location is fast emerging as a quintessential pivot to countering China. Western World’s concerted effort to fix accountability on China for the pandemic by reviving Wuhan lab leak theory, rallying like-minded democracies against China and countering BRI through ‘build back better world’ initiatives is likely to pay long term dividend in containing China’s influence.

Vaccine Diplomacy of China in South Asia. Nepal is one among the countries in South Asia with heavy load of COVID 19. Government of Nepal is dependent on the benevolence of both Northern and Southern neighbours for its vaccination effort. While, India in accordance with its ‘Neighbourhood First Policy’ is at the forefront of vaccine diplomacy, China on the other hand is using coercive measures. China, in order to salvage its image as a virus spreader is actively looking at smaller countries adopting its vaccine. This is part of their soft diplomacy to enhance their image as a munificent state. However, due to lack of transparency in sharing data on trials and efficacy, smaller countries are sceptical about Chinese Vaccines. This is also based on their past experiences of poor or low standardmedical equipment like PPE, testing kits supplied to poorer nations. Chinese diktat to Nepal, Bangladesh and Pakistan to forcefully accept Sinovax/ Sinopharm, is a glaring example of Chinese desperation at vaccine diplomacy to alter perception of the world. It is believed that Chinese Ambassador to Nepal has coercively handed over 0.8 MnSinovax doses to Nepal.Sri Lanka, on the hand has categorically stated that it prefers Indian or Russian vaccine over Chinese. Recently, Chinese selective favouritism in apportioning vaccine doses and their pricing has come under serious criticism by SAARC nations.

Expansionist China in Bhutan& Nepal. China has of been an ardent follower of Mao. Although not recorded, but Mao’s theory propounds control of five fingers emanating from the roof of world vizLadakh, Nepal, Sikkim, Bhutan and Arunachal Pradesh.China, in pursuance of this very strategy is initiating unilateral transgressions in India, Bhutan and Nepal.

Chinese territorial aggression against India and Indian befitting response shall be covered subsequently. Nepal, although claims to be on cordial and friendly terms with China, however Chinese territorial encroachment in Humla district and other bordering areas along Sino – Nepal boundary, paints a different picture altogether. Similarly, militarisation of Doklam Plateau, construction of roads deep inside Bhutan in Western and Middle Sector, settlement of dual purpose villages in Bhutanese territory is a testimony of actualisation of Mao’s Strategy of salami slicing. While, India could be considered as a challenger to hegemony of China, however smaller nations like Nepal and Bhutan need to be dealt with a different yardstick by China. It does not behove well for an aspiring Super Power to stoop down to bullying smaller benign nations and surreptitiously carrying out territorial aggression.

Coup in Myanmar. Debates around Chinese complicity in Myanmar coup has been in the public domain, however implicit involvement need corroboration. Military Junta has most likely obtained tacit approval of China before trumping nascent democracy in Myanmar. China has huge economic and strategic stakes in Myanmar. Chinese BRI in Myanmar, economic investments to the tune of 40 Bn USD, supply of natural gas to Kunmingand implicit support to the Ethnic Armed Groups has made China biggest stakeholder in Myanmar. However, Chinese apparent support to Military Junta and repeated vetoing of sanctions on Tatmadaw at UNSC has drawn flak from democratic forces within Myanmar and from liberal democracies world over. Violent protests, arson against Chinese assets and wide spread condemnation of Chinese interference in Myanmar has off late gathered momentum among Myanmar citizens.

Fraying Relations with India. Chinese aggressive behaviour in EasternLadakh, leading to protracted stand off and Galwan clash needs no amplification. Government of India has taken strong exception and unequivocally denounced Chinese expansionist designs. India has now shed herbenign foreign policy and its sword arm, Indian Army has given a befitting reply to Chinese intransigence. Indian Army’s superlative strategic manoeuvre in South PagongTso forced Chinese to back down and come to negotiating table. GoI, now has clarified that, it can’t be business as usual with China till its borders are tranquil. Resetting of bilateral relations is contingent upon peaceful resolution of border disputes. India has to convert this adversity into opportunity by aligning like-minded countries, especially in South and South East Asia to form a formidable alliance against China.

Chinese rise in the Asian continent is far from benign as claimed by its leadership. China has embarked on a transcendental shift from Mao’s enunciated policy of ‘hide your capabilities and bide your time’ to more aggressive Xi Jinping’s policy of ‘Chinese dream’ which entails ‘great rejuvenation of the Chinese nation’. The great rejuvenation translates to subjugation of the world by economic, military, coercive diplomacy means etc. Some of the key lessons are elucidated as under: -

Economic Integration. South and south-east Asia has untapped potential in terms of human and natural resources that can be leveraged, in case mutually beneficial economic interdependencies are evolved among member nations.

UNSC. UNSC reform is quintessential in the changed global order. Structural changes of increasing number of permanent members or its diversification is essential for equitable representation. Candidature of India, Japan and some of the important African and South American nations needs to be seriously considered for UNSC.

Countering BRI. US proposal of ‘build back better world’ propounded by President Joe Biden during G7 meeting may be the way forward in countering BRI effectively.

With unabated rise in Chinese power, challenges in South and South Asia are going to intensify multifold. Its manifestations are seen in East China Sea, South China Sea, IOR and along Northern Borders with India, Nepal and Bhutan. Chinese aggression in South/ South East Asia can only be countered through robust alliances. Indo Pacific Strategy needs to be given requisite impetus to make it a deterrence against Chinese belligerent behaviour. Like minded nations will have to join together in their concerted effort to counter Chinese behemoth, lest it continues unrelenting with its expansionist designs.

Caught between China and the US, Asian countries stockpile missiles